Less Sea Ice in the Waters off Alaska. 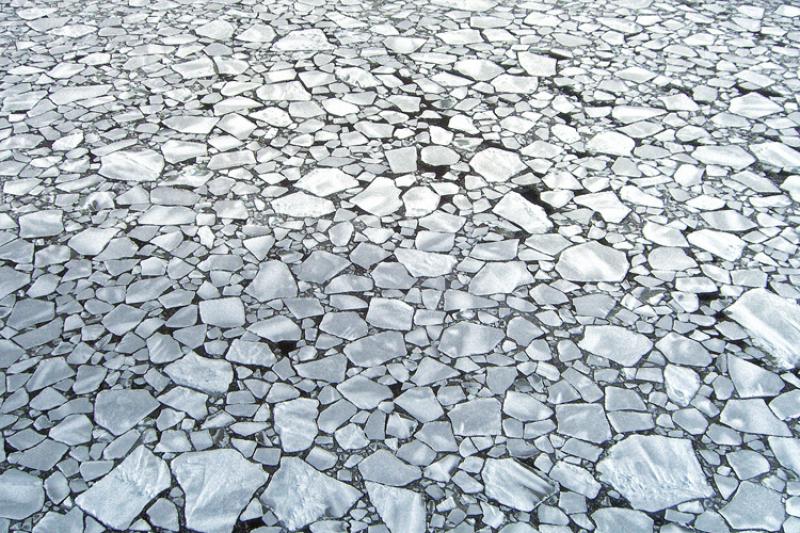 Long-term research surveys enabled scientists to detect changes in the subarctic marine food web during a warm period. Over this time frame, large-bodied plankton were replaced by small-bodied plankton, a lower quality, less fat-rich food source for the fish and marine mammals that eat plankton. Other research studies by NOAA Fisheries showed that saffron cod have a much higher temperature tolerance than more fat-rich Arctic cod. If climate change results in sustained warmer water temperatures and a loss of sea ice, how will this affect the marine food web? Through their continued research, NOAA Fisheries and other scientists hope to find out. 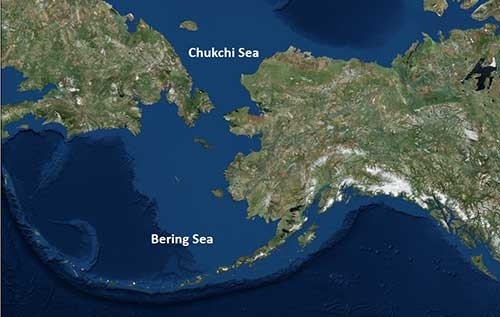 The Relationship Between Walleye Pollock and Plankton

Since 1982, NOAA Fisheries’ Alaska Fisheries Science Center has been conducting regular surveys to monitor the health of the groundfish population. From 2004 to 2008, they observed that the abundance of adult pollock (age-3 fish) was declining. Fishery managers were concerned that the decline could negatively impact the more than $500 million per year commercial pollock fishery. However, after 2008 age-3 pollock abundance began increasing and is now back to historic levels. Even though pollock abundance rebounded, NOAA scientists were still curious about what had caused the temporary decline. As it turns out, sea ice coverage may have played a role. 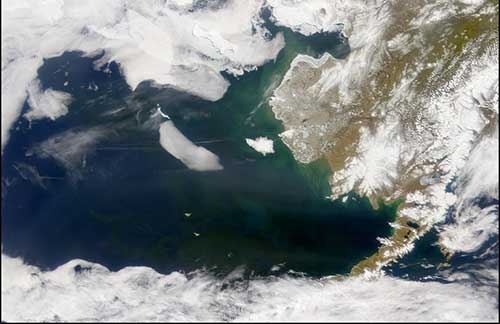 NOAA Fisheries discovered this through their ongoing work with a team of scientists from various state and academic institutions who conduct regular surveys to study plankton, juvenile fish and oceanographic conditions such as water temperature and ocean acidity. These integrated ecosystem studies in collaboration with the University of Alaska Fairbanks, U.S. Fish and Wildlife Service (seabird observers), Alaska Department of Fish and Game, Bureau of Ocean and Energy Management, Arctic Yukon Kuskokwim Sustainable Salmon Initiative, Pacific Marine Environmental Laboratory, and the North Pacific Research Board have been ongoing in the eastern Bering Sea during August to October for more than 14 years and for  two recent years farther north in the Chukchi Sea in August to September.  During 2002 to 2005, scientists noted a warming trend. Sea temperatures were also 2°C to 4°C warmer than average. Sea ice didn’t extend into the southeastern Bering Sea in the spring. Over these four consecutive years in the spring, the species of plankton available to young pollock to feed on changed. Large-bodied plankton were replaced by small-bodied plankton which were not as rich in fat. This meant that young pollock were having to eat more to survive. 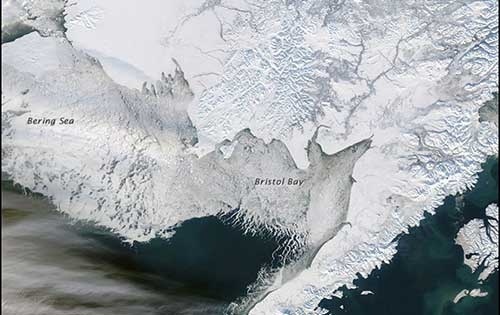 You Are What You Eat

Imagine trying to survive on a diet of junk food. You probably wouldn’t be as healthy as someone who ate a well-balanced diet of nutritious food. In years when water temperatures are warmer, this is essentially what young pollock are facing. By having only the less nutritious small-bodied plankton to feed on, scientists have found that young pollock don’t store as much fat so their ability to survive through the winter is lower during these warm years.

In contrast when there is a late ice retreat, as was seen during 2007 to 2012, the more nutritious large-bodied plankton were higher in abundance. Given this greater source of fat to feed on, the young pollock, in turn, grew fatter themselves giving them a greater rate of survival through the winter.

An area of continued research will be to monitor how changes in sea ice and water temperatures affect Arctic cod habitat in places like the Chukchi Sea, where sea surface temperatures are increasing at a rate of 0.5°C/decade.  If waters get too warm, Arctic cod may move out of traditional habitats or experience a decline. The fish that replace them may not be as nutritious so this could have an additional impact on predators such as ice seals and polar bears that rely on these fish to build up their own fat reserves. Arctic cod have a significantly higher fat content than saffron cod. A seal would need to eat almost 3 times as many saffron cod than Arctic cod to get the same amount of fat.

“There is no substitute for getting out on the water to see what’s going on,” said Ed Farley, research biologist, NOAA Fisheries’ Alaska Fisheries Science Center. “Our long-term survey work is invaluable because we’ve seen how the ecosystem responds in both warm and colder years.  As a result, we’re in a better place to identify things that could be happening due to climate change.”