Report highlights potential for restoration of these important habitats. 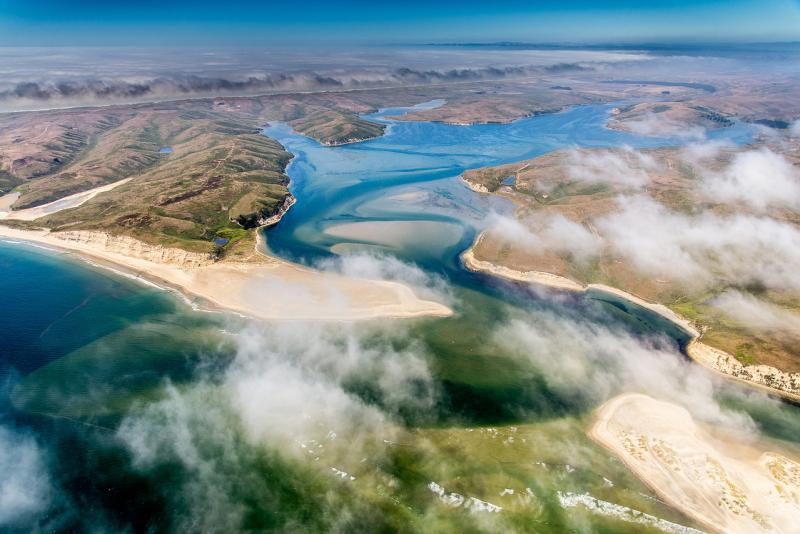 An unprecedented survey has revealed the loss of about 85 percent of historical tidal wetlands in California, Oregon, and Washington. The report, published today in PLOS ONE, also highlights forgotten estuary acreage that might now be targeted for restoration.

Where West Coast rivers reach the sea, estuaries serve as critical nurseries for juvenile salmon and steelhead as they make the transition from freshwater to the ocean. They are among the most dynamic and productive habitats known, also supporting migratory birds and a variety of other fish, shellfish, and terrestrial wildlife.

A team of scientists applied new technologies and data to identify and estimate the historic reach of nearly 450 West Coast estuaries. Their results show that the estuaries historically extended far beyond where they exist now. More than a century of development has erased roughly 85 percent of original vegetated estuarine wetlands, especially around major river deltas. 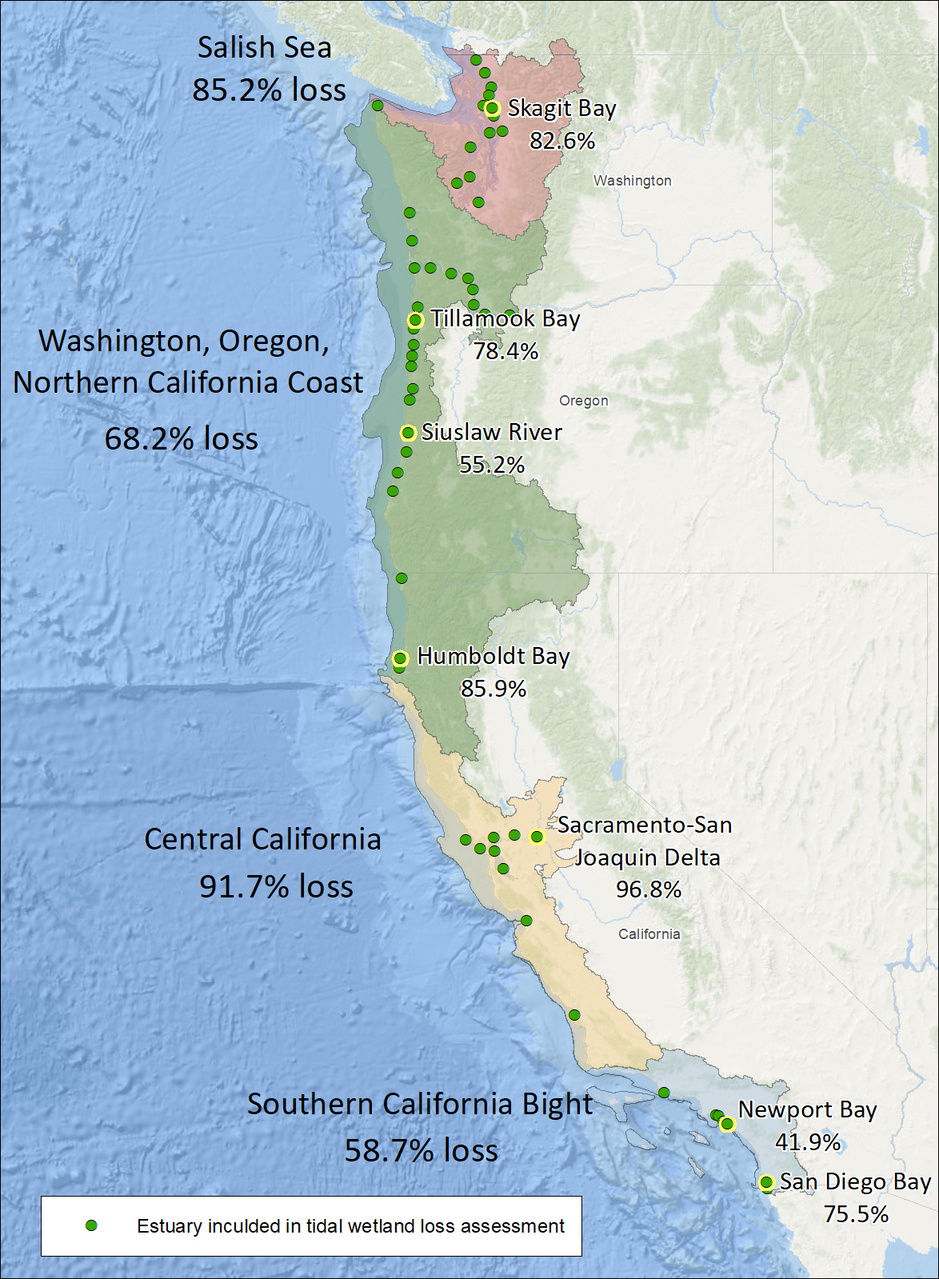 San Francisco Bay has lost about 85 percent of its original vegetated tidal wetlands, the study found. The Columbia River estuary has lost about 74 percent. While other scientists have estimated losses for these and other well-studied estuaries, this is the first time researchers have applied consistent methods across all 450 estuaries of the contiguous U.S. West Coast.

“Given how valuable estuaries are to so many different species, it’s important to understand how much they have changed and what that means for fish and wildlife that depend on them,” said Correigh Greene, research biologist at NOAA Fisheries’ Northwest Fisheries Science Center in Seattle and coauthor of the new study.

The lost estuary habitat includes areas that were long ago diked and drained for agriculture, and forested wetlands that had not been widely recognized as estuary acreage, said Laura Brophy, lead author of the study and director of the Estuary Technical Group at the Institute for Applied Ecology in Corvallis, Oregon. Identifying such areas may open new opportunities for restoration of estuary habitat that otherwise might go overlooked.

“By folding in these areas that may not have been recognized as part of estuaries, we have a better idea of just how important and extensive these estuaries were,” Brophy said. “Now we can see new restoration opportunities that people didn’t realize existed.”

The study’s high-resolution mapping also highlights low-elevation areas at greatest risk of flooding as the sea level rises with climate change. Tidal wetland restoration in these vulnerable areas can re-establish natural processes like sediment delivery. This will help these wetlands remain productive into the future.

The scientists combined precise elevation mapping known as LIDAR with NOAA water level modeling to establish the extent of tides that define estuary habitat. Based on these maps, they estimated that all West Coast estuaries once covered nearly 2 million acres. This is an area nearly three times the size of the state of Rhode Island.

Scientists have data on the historic and current wetlands in 55 of the larger estuaries. Those estuaries have lost about 85 percent of their original vegetated wetlands. These 55 estuaries represent about 97 percent of historical estuary area on the West Coast, so their losses reflect almost all of the estuary losses.

Since Brophy has studied estuaries for years, she found the losses “dismaying but not surprising.” She said the good news is that fish and wildlife that live in estuaries must be adaptable because of the ever-changing tidal environment. She says “if you give them the chance to move back in, they will literally jump at the opportunity.”