NOAA Fisheries veterinarian/sea turtle pathologist Dr. Brian Stacy recently became the first Office of Protected Resources scientist to have a new species named after him. His former colleagues announced the discovery of a previously unidentified parasite 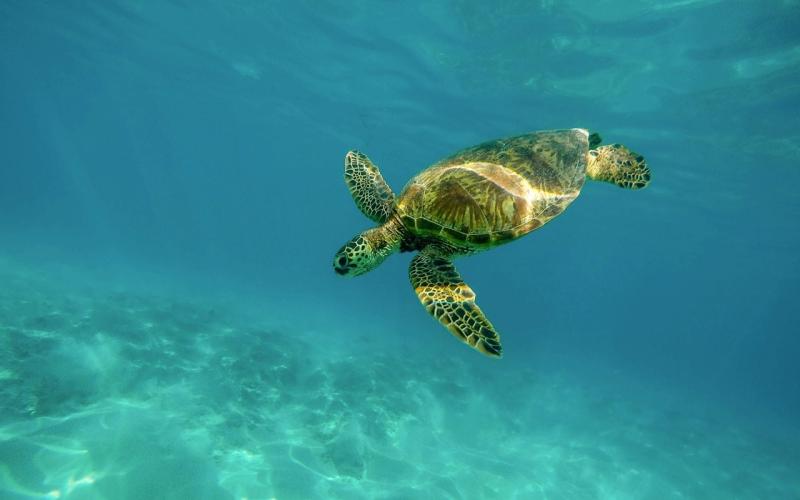 NOAA Fisheries veterinarian/sea turtle pathologist Dr. Brian Stacy recently became the first Office of Protected Resources scientist to have a new species named after him. His former colleagues announced the discovery of a previously unidentified parasite in the heart of a Florida sea turtle earlier this year. The new species, Amphiorchis stacyi, is described in the latest issue of Parasitology Research.

“There is a group of parasites called blood flukes,” Stacy said. “They are named that because they live in the blood vessels of sea turtles. My job is to investigate how these flukes impact the health and fitness of sea turtles. I’ve worked a lot with this particular group of parasites and try to facilitate the work of others around the world by providing samples and information, and facilitating communication among those who might have different pieces of the puzzle. I’m very honored by this recognition.”

Stacy has dedicated his career to the recovery of sea turtles through veterinary medicine, including the study of sea turtle pathogens. He has contributed much to the field of sea turtle research and continues to help us better understand the risks these animals face in the marine environment.

“We learned the blood flukes have an intermediate host—a species of marine snail. Blood flukes are streamlined down to their bare necessities, but they somehow manage to find the right sea turtle host and marine snail host and go back and forth between those two very different organisms,” Stacy said.

“It is fascinating when you think about the probability of that happening out in the ocean. Understanding that was fundamental to learning how sea turtles become infected and how different environmental factors might affect parasitism.”

Blood flukes are important to study because they cause illness and death in a proportion of the sea turtle population. And even if they do not kill their host, they are still capable of causing injury to turtles’ tissues, which may have long-term effects or compound the effects of other health problems.

Parasites and other pathogens may take a toll on sea turtles, but Stacy says the biggest threats to sea turtle health are from people.

“Incidental capture (bycatch) of turtles in fishing gear, threats to nesting beaches through development or harvesting eggs, and other human-caused mortality like vessel collisions have significant negative effects on the sea turtle population,” Stacy said. “There are a lot of other threats that we’re concerned about but have a poorer understanding of, like various forms of pollution. Climate change is another emerging concern that can affect sea turtle gender determination (depending on nesting beach sand temperature) and other aspects of their physiology.”

In spite of these concerns, Stacy is optimistic about the future of sea turtle research and conservation. “The most challenging aspects of this job involve finding a balance between how humans use the environment and saving room for the needs of healthy sea turtle populations,” he said. “That’s a challenge shared by anyone working in sea turtle research. But the most rewarding aspect of this job is seeing the level of commitment that people have toward these animals and the lengths people will go to preserve sea turtles for future generations.”

Last updated by Office of Communications on June 15, 2018