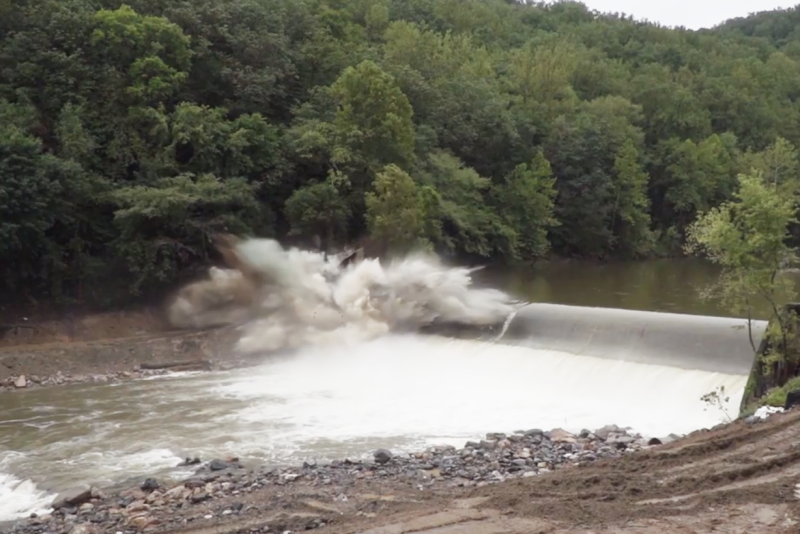 Following the recent Bloede Dam removal kick off, NOAA and project partners took the most important and exciting step needed to begin opening up the Patapsco River, breaching the giant structure with explosives to allow the river to pass. Over the coming weeks, construction will continue on the remaining portion of the dam, removing it piece by piece with heavy equipment. 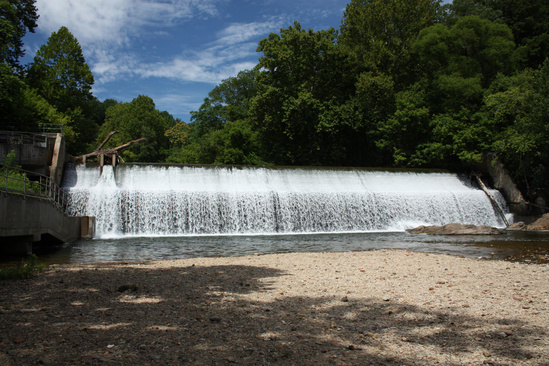 Bloede Dam, the first barrier to fish passage on the Patapsco River, prior to its removal. Credit: American Rivers.

This week caps 10 years of work among many partners, and millions of dollars of contributions toward removal this obsolete and dangerous structure. For a century, it has been blocking the natural flow of the Patapsco River, critical to a healthier Chesapeake Bay ecosystem.

Like most NOAA habitat restoration projects, breaking down this barrier has many positive benefits, including fish passage and river habitat for important fish species, eliminating a public safety hazard, and improving recreational opportunities in surrounding state park. 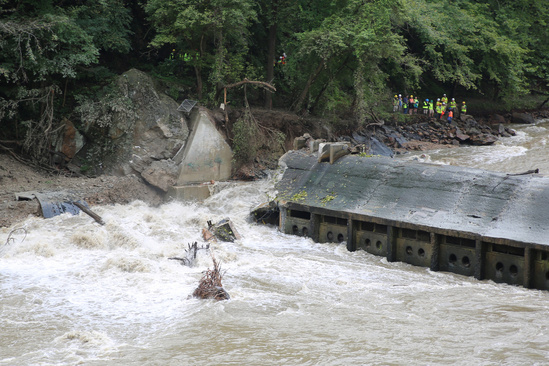 Because Bloede Dam was the first barrier on the river, blocking migratory fish swimming to and from Chesapeake Bay, its removal is the linchpin of an effort to restore more than 65 miles of spawning habitat for blueback herring, alewife, American shad, hickory shad, and more than 183 miles for American eel in the watershed.

The 26-foot high by 220-foot long dam has also been a serious public safety hazard for decades. Injuries and deaths have repeatedly occurred, with at least nine dam-related deaths since the 1980s, the most recent of which occurred in June 2015. 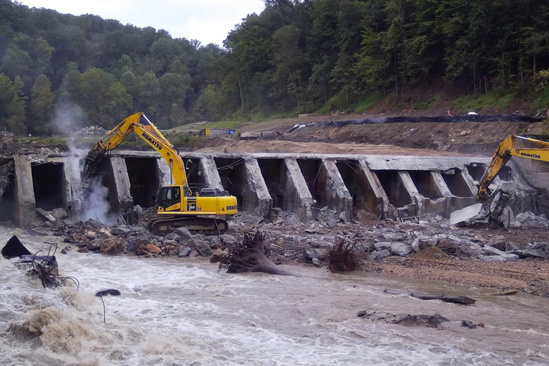 Excavators hammer away at the Bloede Dam shortly after its breach. Credit: Maryland Department of Natural Resources.

Additionally, the river provides Baltimore-area residents and visitors with recreational fishing opportunities, canoe and kayak rapids, and trail access. This project will open up access to more of the area for these activities.

NOAA and partners will continue monitoring the site for a number of years to better understand how the Patapsco river responds physically and biologically to the dam removal activities. We've been monitoring the river since the 2010 removal of Simkins Dam further upstream. Monitoring will help us understand how removing the barriers affect fish, and how changes in flow conditions, and sediment released from the dams, affect habitat and human uses. 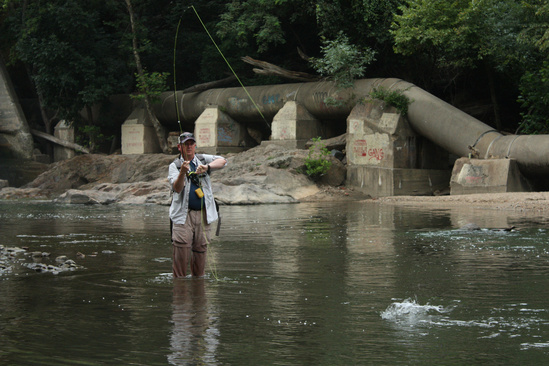 A fisherman hooks on to a fish near the Bloede Dam site before its removal. Credit American Rivers.

The Patapsco River mainstem flows about 40 miles from Mariottsville, Maryland to Baltimore Harbor and Chesapeake Bay, through a watershed of 670 square miles.This is the third dam to be removed on the Patapsco with NOAA's technical and financial support, and the NOAA Restoration Center's 135th dam removal project overall.

Last updated by Office of Habitat Conservation on February 25, 2022