Army veteran Ryan Shorrow shares his story about career struggles after serving in the military—until he found his future in the salmon streams of Northern California. 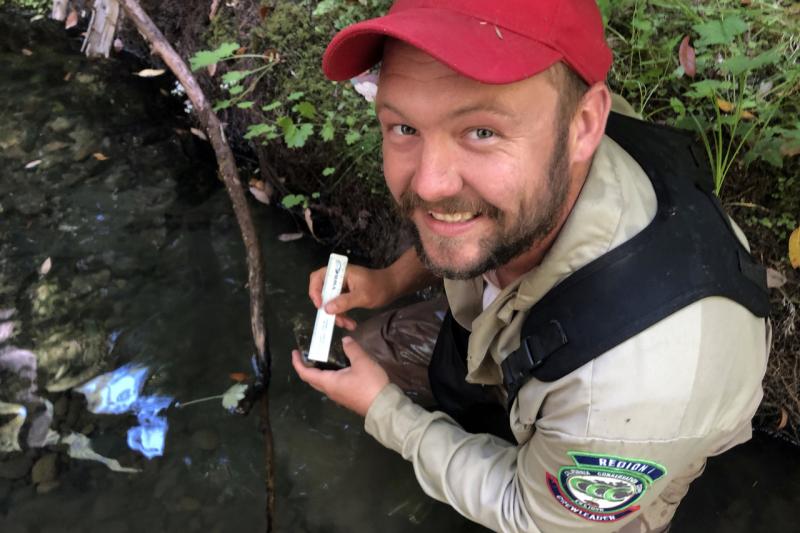 In 2015, I was separated from the U.S. Army with a General Discharge, Under Honorable Conditions. I returned to California with no idea what I was going to do. My hopes of attending a four-year college using the Post 9-11 G.I. Bill were squashed due to the characterization of my discharge. Over the next year, I would end up dropping out of community college and getting fired from my gas station job. My life was way off track, I lacked any purpose or vision, and I was headed nowhere fast. But this rock-bottom moment led me to a job posting for the California Conservation Corps (CCC), and my life was radically transformed in the best possible way.

I joined the CCC in July of 2016 and spent my first year in the traditional Corps program. I did activities such as litter clean up, fire fuel reduction, and invasive plant removal. The work opened my eyes to a whole new world of conservation and natural resource protection, but I felt the need to learn and do more. That’s when I requested a transfer to northern California and found out about the existence of the NOAA Veterans Corps Fisheries Program. I had no idea what “fisheries” meant or that California was home to salmon, but I liked that the job description included “working independently” and “hiking through creeks.” So, I took a leap of faith and took a position in the Vet Corps working at the Ukiah CCC Center. This turned out to be the best decision that I have ever made in my life.

Over the next two years I learned more about science and conservation than I ever did in any classroom setting. I spent three months leading a crew in the installation of “large woody debris” (a fancy science term for logs) on coastal streams. This improves the quality of habitat for endangered coho salmon.

After that, I spent about six months walking through the creeks of Sonoma and Mendocino counties. I counted spawning salmon and gathering data for biologists from the Mendocino Redwood Company and the Russian River Monitoring Program. When the salmon finished spawning, I used laser survey equipment to gather data about changes in the topography of stream channels. I spent one more season doing restoration work with the CCC before I decided to branch out once more. I transferred to the NOAA Vet Corps’ most unique site in Orleans, California. 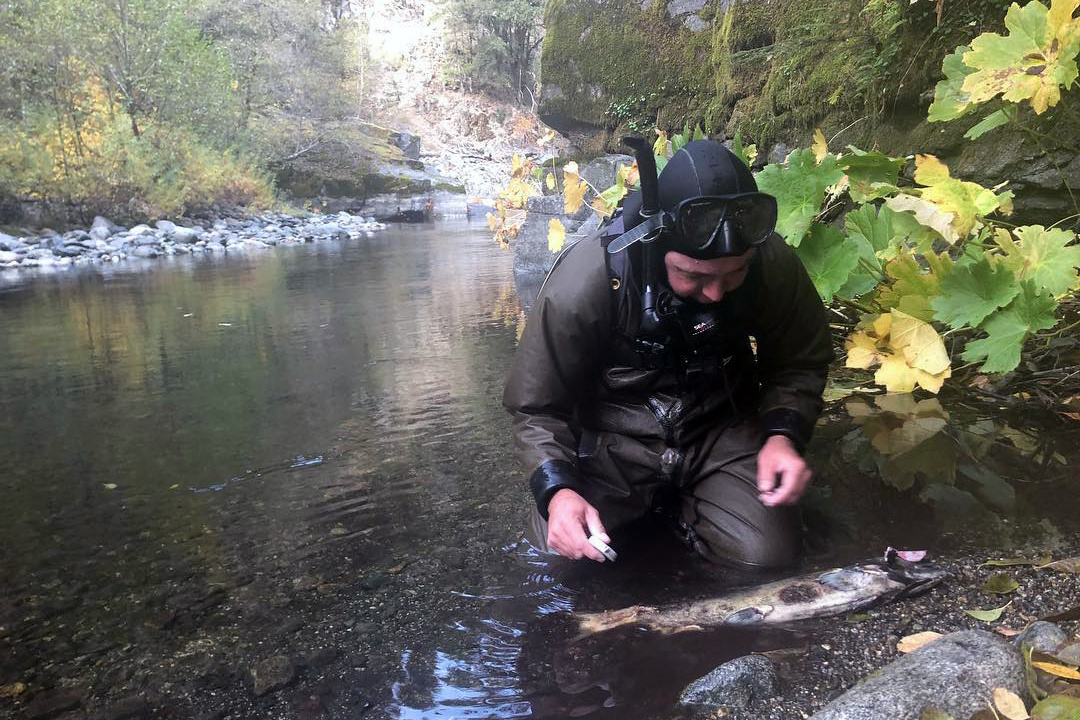 In Orleans, I was given the opportunity to work deep in the remote Klamath Mountains with the Six Rivers National Forest. Once a week we would snorkel the beautiful Salmon River and count hundreds of huge adult Chinook salmon and steelhead. Every other day of the week we would search the smaller mountain streams looking for spawning salmon. I worked with non-profits and tribal organizations to plan restoration projects and gather important scientific data. My crew and I backpacked into the Marble Mountain Wilderness to survey a backcountry river that was full of gigantic Chinook salmon and steelhead. A couple of weeks later we went white-water rafting to count salmon redds on the Wild and Scenic Klamath River. That year was truly a magical experience that I could not have gotten anywhere else.

Finding My Future in Fisheries

So what did I get out of the program besides all the great skills and knowledge that I outlined above? Well, first and foremost, the NOAA Vet Corps taught me that I love working in the fisheries field. I’ve decided to dedicate myself to making a career out of it.

The Vet Corps has given me a fantastic platform for doing exactly that. I’ve made professional contacts at organizations up and down the northern California coast, from biologists to restorationists and beyond. Through the CCC, I’ve been awarded more than $6,000 in scholarships. I plan to use these to go to Humboldt State University and pursue a degree in freshwater fisheries. My mentors in the program worked with me to figure out my goals and my plans for achieving them. Every person that I’ve worked with has offered me advice and told me how they got the job that they have. 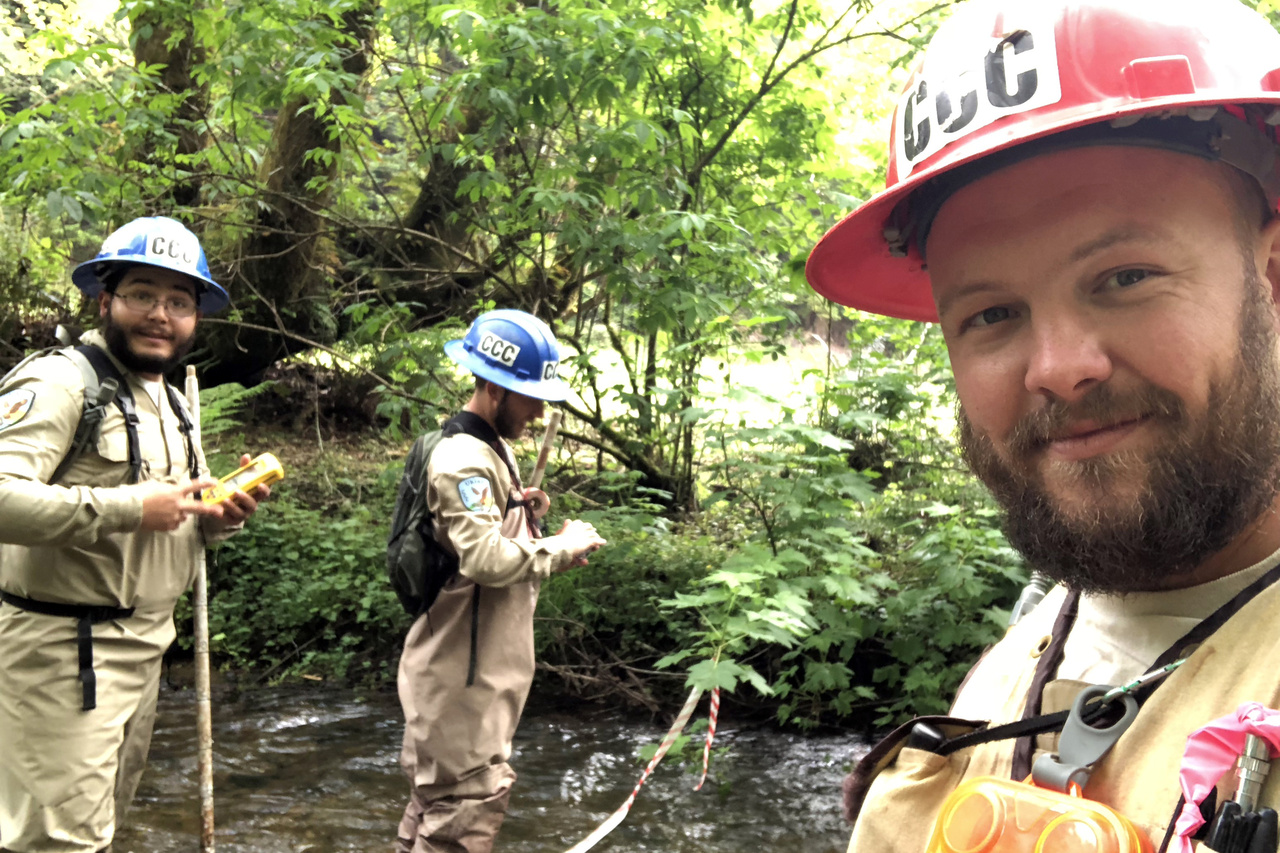 This year, I was selected for the Watershed Stewards Program, a program that typically serves only those with a bachelor’s degree. My experience in the Vet Corps allowed me to get in without one. The program gave me a purpose, a plan, and the tools I need to get to where I need to be. My life would look drastically different if not for the NOAA Veterans Corps, and I’ll always be grateful.