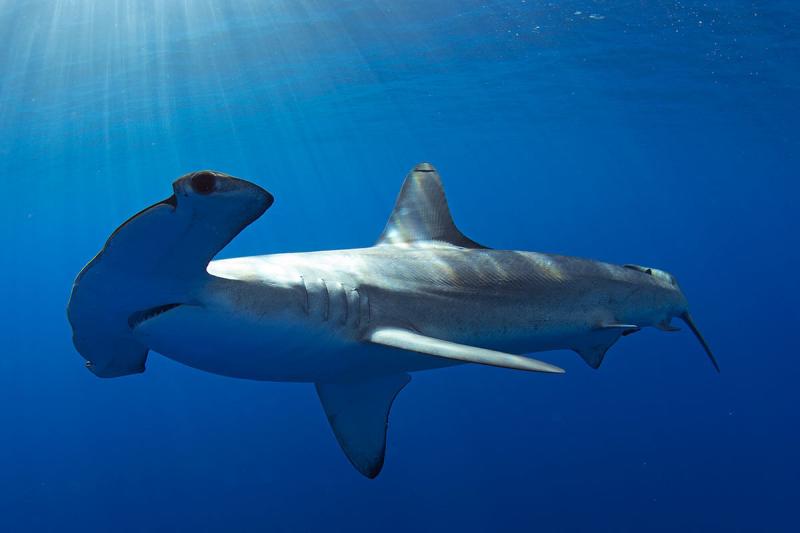 The range of smooth hammerhead sharks shifted north as much 2,800 kilometers, more than 1,700 miles, during a major marine heatwave that affected the northeast Pacific Ocean from 2013 into 2015. The heatwave was known as "The Blob." Photo credit: Richard Herrmann/NOAA Fisheries

Marine heat waves across the world’s oceans can displace habitat for sea turtles, whales, and other marine life by 10s to thousands of kilometers. They dramatically shift these animals’ preferred temperatures in a fraction of the time that climate change is expected to do the same, new research shows.

To measure that temporary dislocation of ocean surface temperatures, which can in turn drive ecological changes, NOAA scientists have now introduced a new metric called “thermal displacement.” A research paper describing the changes and the means of measuring them was published in the journal Nature this week.

“When the environment changes, many species move,” Jacox said. “This research helps us understand and measure the degree of change they may be responding to.”

Scientists have typically characterized marine heatwaves based on how much they increase sea surface temperatures, and for how long. Such local warming particularly affects stationary organisms such as corals. In contrast, thermal displacement measures how far mobile species must move to track ocean surface temperatures.

The extent of thermal displacement caused by marine heatwaves may not necessarily correspond to their intensity.

“It may give us an idea how the ecosystem may change in the future,” said Michael Alexander, research meteorologist at NOAA’s Physical Sciences Laboratory and a coauthor of the new research. The changes may have implications for coastal communities if commercial fish species shift. Fishermen would have to travel hundreds of miles farther to reach them, he said. 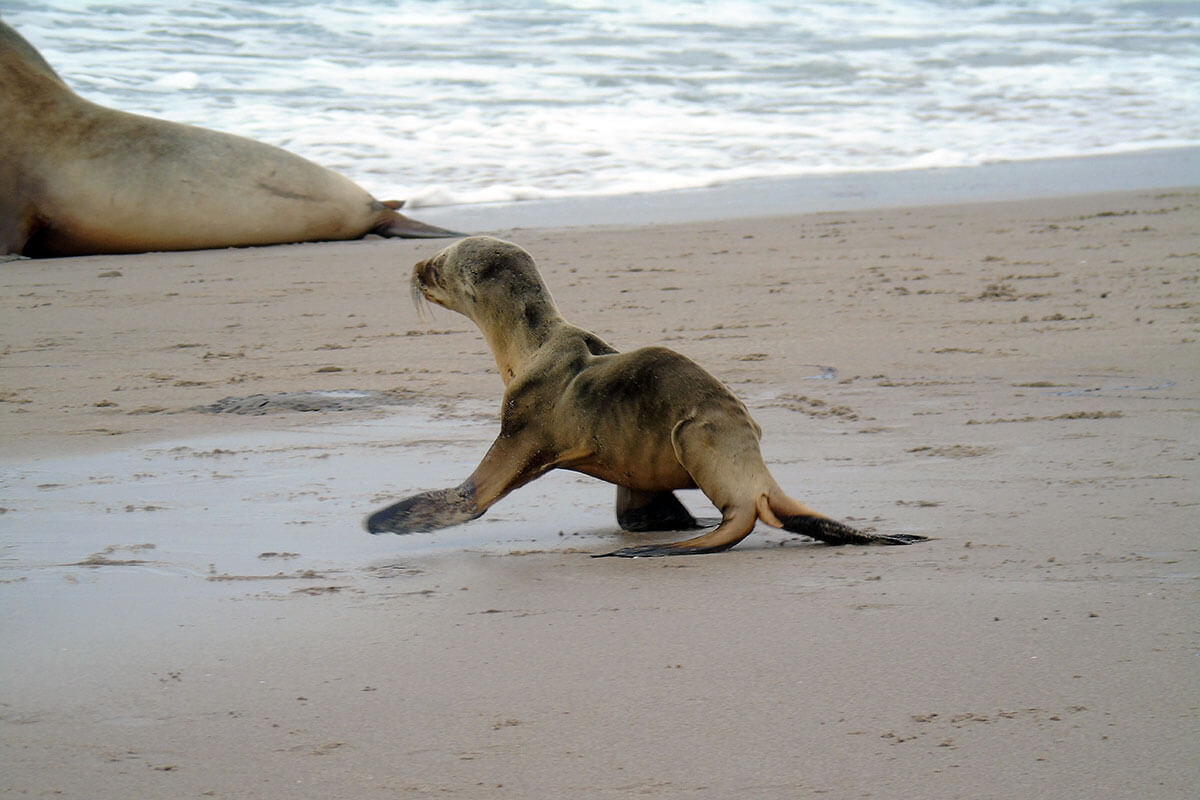 Sea lion mothers struggled to feed their pups as a marine heatwave known as "The Blob" shifted their most favored prey north, far from rookeries in Southern California. Photo credit: Jim Milbury/NOAA Fisheries

For example, a 2012 marine heatwave in the northwest Atlantic pushed commercial species such as squid and flounder hundreds of miles northward. At the same time it contributed to a lobster boom that led to record landings and a collapse in price.

“Given the complex political geography of the United States’ Eastern Seaboard, this event highlighted management questions introduced by marine heatwave-driven shifts across state and national lines,” the scientists wrote.

“While these management issues are often discussed in the context of climate change, they are upon us now,” the scientists wrote. “Modern day marine heatwaves can induce thermal displacements comparable to those from century-scale warming trends, and while these temperature shifts do not solely dictate species distributions, they do convey the scale of potential habitat disruption.”

A 2014-2015 Pacific marine heatwave known as “the Blob,” shifted surface temperatures more than 700 kilometers, or more than 400 miles, along the West Coast of the United States and in the Gulf of Alaska. That moved the prey of California sea lions farther from their rookeries in the Channel Islands off Southern California. This left hundreds of starving sea lion pups to strand on beaches.

Across the world’s oceans, the average long-term temperature shift associated with ocean warming has been estimated at just over 20 kilometers, about 13 miles, per decade. By comparison, marine heatwaves have displaced temperatures an average of approximately 200 kilometers, roughly 120 miles, in a matter of months. In effect, marine heatwaves are shifting ocean temperatures at similar scales to what is anticipated with climate change—but in much shorter time frames.

The research was supported by funding from the NOAA Climate Program Office’s Coastal and Ocean Climate Applications program and Modeling, Analysis, Predictions, and Projections program and the NOAA Fisheries Office of Science and Technology.