Sperm Whales: Revealing the Mysteries of the Deep

Sperm whales have been a part of American culture ever since Captain Ahab set out aboard the Pequod to find the infamous white whale in "Moby Dick". Large, noisy, and often social, sperm whales are a remarkable species found from the equator to the poles. 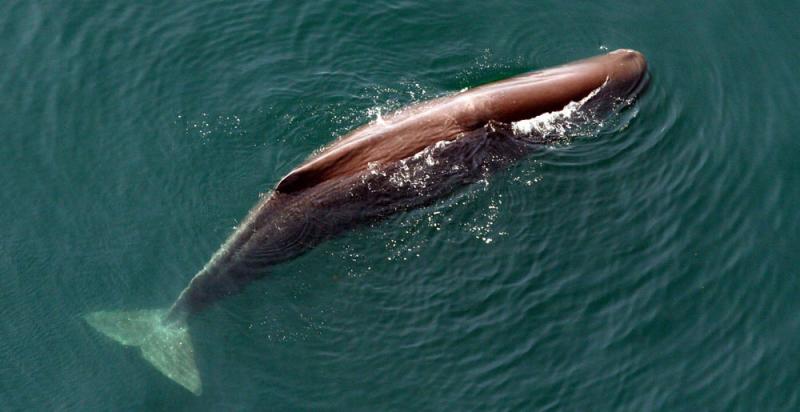 1. Sperm whales connect us to centuries of literature and culture

If you’ve read Moby Dick or seen a sperm whale skeleton in a museum, you know that these whales have been part of our nation’s history for centuries. The giant whales, growing up to 50 feet long, were hunted commercially throughout their global range from the 1800s until the 1980s.

Sperm whales were considered particularly valuable for the unusual oil found in their massive heads. Called spermaceti, the oil provided a high-quality fuel, and could also be congealed into products like soaps and candles. Spermaceti made sperm whales highly desirable to whalers and an important part of American commerce, which was reflected in literature like Moby Dick as well as in works of art. The decline of commercial whaling in the U.S. by the early 1900s and a moratorium on whaling by the International Whaling Commission in 1988 ended this threat to sperm whales.

2. Deep divers use sound to hunt in the abyss

While that’s the record for sperm whales, most of their dives reach depths up to 2,000 feet and last about 45 minutes.

And what are sperm whales doing down there? Looking for their next meal, of course. The whales, who can weigh up to 45 tons, use their teeth to feast on squid, octopi, cuttlefish, and nautilus deep below the ocean’s surface, consuming about 3 percent of their body weight per day. Sperm whales use a series of clicking and creaking noises (called buzzes) to help find prey in the dark during extended deep dives.

Like humans, sperm whales have complex social lives. Sperm whales form social groups based on geography, with females and juveniles of both sexes found in tropical and subtropical waters. Males form bachelor groups as they mature, but eventually become more isolated and wide-ranging throughout temperate and polar waters.

Within social groups, individuals communicate with each other using distinctive patterns of clicking sounds, called codas. Certain features of codas may be unique to each sperm whale within the group, allowing for distinction among individuals—like a “ringtone” for each whale.

Sperm whales also look out for vulnerable members in their group. When faced with attacks or aggressive action from predators such as killer whales, pilot whales, false killer whales, or sharks, sperm whale groups will gather in a “rosette” formation with heads facing each other in a circle and flukes facing outward near the surface. Young, sick, or injured individuals are positioned in the center of this defensive formation. Elephants also display similar protective behaviors. 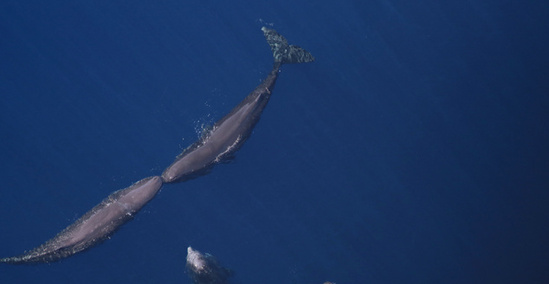 Whose brain is bigger? Sperm whale brains are five times heavier than human brains, weighing up to 20 pounds. Those big brains need space, and sperm whales also have large heads. Over one-third of a sperm whale’s body length is taken up by its head, although much of that space is also used for storing that special spermaceti oil so valuable many years ago.

Although whaling is no longer a primary threat to sperm whales, this species continues to face other challenges around the world. Current potential threats include vessel strikes, entanglement in fishing gear, increased noise in the ocean, exposure to pollution, climate change, and marine debris.

In order to protect sperm whales, we need to understand them better. More research is necessary to understand where they live, their population density and structure, and how they use different habitats. Since they spend so much time in the deep sea and out of sight, NOAA scientists are also working to understand their unique feeding patterns and demographics like birth rates and the distribution of males and females within populations.

New information will help us better understand this species with deep historical ties, and ensure it is around to inspire future generations.