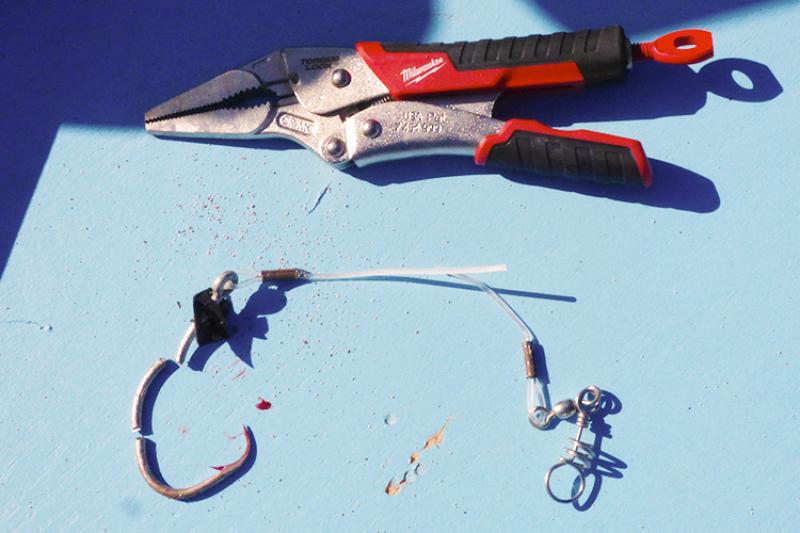 Hawaiian monk seals and nearshore fishermen often share the same fishing grounds, and this mutual interest in seafood occasionally results in accidental and potentially life-threatening seal hookings. But thanks to an extensive volunteer network (NOAA’s eyes and ears on the ground) and partners, good samaritans who act quickly to report seal hookings, and a highly trained response team and veterinary staff, we can usually make the best of a bad situation and avoid what could otherwise result in a serious injury or fatal interaction.

We recently shared one such case involving the young seal Kaʻale (RH32), whose frequent interactions with shore-based fishermen near the Kahe Power Plant on the westside of Oʻahu led to multiple hookings and hook ingestions. In early September, we removed a large barbed hook from the seal’s tongue—read about Kaʻale’s story—and we’d now like to shine a spotlight on successful dehookings of two other seals since Kaʻale’s incident.

In the first case, a fisherman accidentally hooked 7-month-old male seal RK88. He reported the incident to NOAA, informing the hotline operator that he cut his line—leaving about 10 feet of line trailing from the hook—as soon as he realized he had hooked a seal. By quickly cutting the line as short as he could, the fisherman helped reduce the chances of the line entangling RK88 or becoming snagged and anchoring the seal to the seafloor, while also reducing the chance that the seal might ingest the line.

The fisherman’s response was exceptional, and not just because of the way he cut the line. He gave us the best chance to successfully save an endangered Hawaiian monk seal by reporting useful information to the hotline operator: He relayed prominent features of the seal (vital for accurate identification), where the seal was hooked on its body, how much line was left, and where he last saw the seal.

About a week after this initial report, RK88 was spotted on a sandy beach at Kaʻena Point. Our NOAA team immediately responded and found him sleeping peacefully. The team captured RK88 and within 10 minutes removed the hook safely and cleanly with no complications. Once released, RK88 flopped back into the water, stopping halfway into the surf to take one last look back at the team that helped him.

The other dehooking involved RH48, a 2-year-old female seal our team had been trying to dehook since she was first spotted with a large fishing hook lodged in her cheek on September 22, 2017. While volunteers and members of the public frequently sighted and reported RH48 to our hotline, the seal was only seen hauled out in rocky areas, which were too hazardous for both the seal and responders to attempt a dehooking effort. Staff and volunteers kept a close watch on her body condition and health, which thankfully remained good, suggesting the hook was non-life threatening. 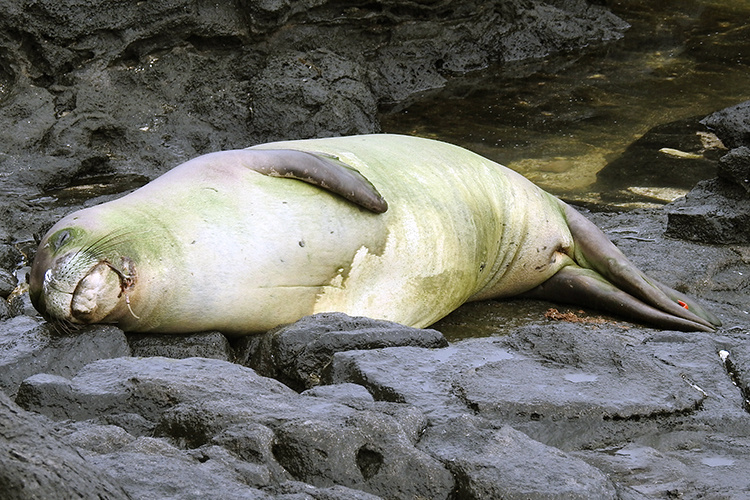 RH48 remained hooked for more than a year because she usually hauled out in rocky areas where it was unsafe for both the seal and the response team to capture her.

Finally, in mid-October 2018, our hotline received the tip that RH48 was at a small rubble beach at Kaʻena Point, and a NOAA Fisheries team subsequently captured her for dehooking. Unfortunately, corrosion weakened the hook over time, causing it to break during removal. Part of it likely remains in RH48’s mouth, but our veterinary team is optimistic that the remaining piece will not cause any issues, as it has already been with her for over a year without complications. 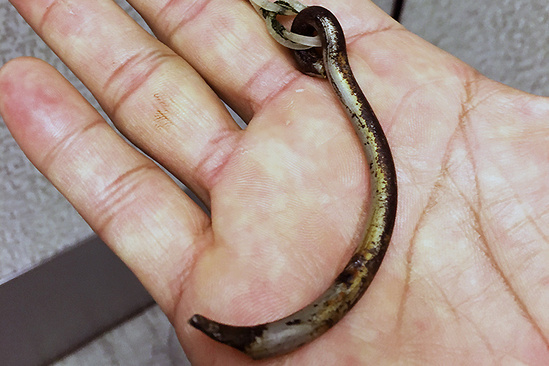 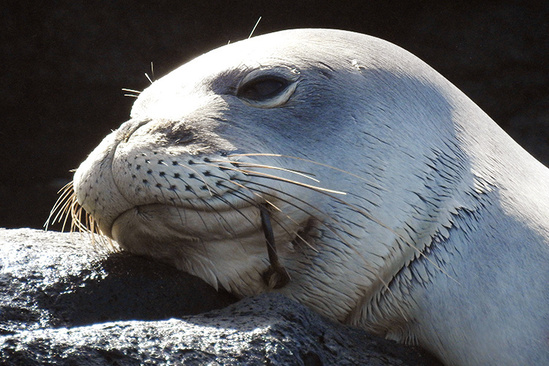 Left: Corroded hook removed from RH48's cheek after more than a year. Right: RH48 in February 2018 with a large hook in her cheek.

RH48 is being monitored carefully by NOAA staff with the help of the public, Hawaiʻi Marine Animal Response (our non-profit partner), and the Hawai‘i Department of Land and Natural Resources. We expect to be able to promptly address any possible changes in her body condition or health.

If you’re fishing and accidentally hook a seal, it’s okay to call the Marine Animal Stranding and Entanglement Hotline: 1-888-256-9840. You can also use the hotline if you see a hooked, stranded, or entangled marine mammal or sea turtle. The sooner the response team knows about an injured or stranded animal, the better the chances that we can help the animal. With involvement and cooperation from the community, we can mount responses quickly and effectively, allowing us to save more of our endangered species. 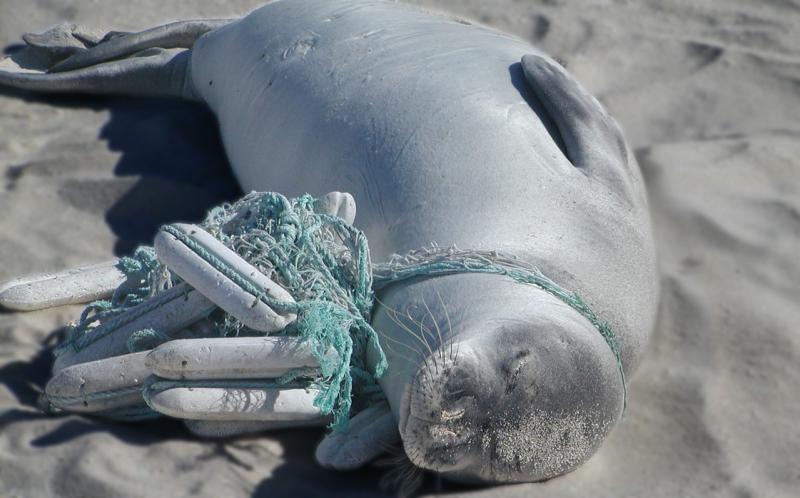