Ocean status report shows mixed signals as some species thrive while others struggle. 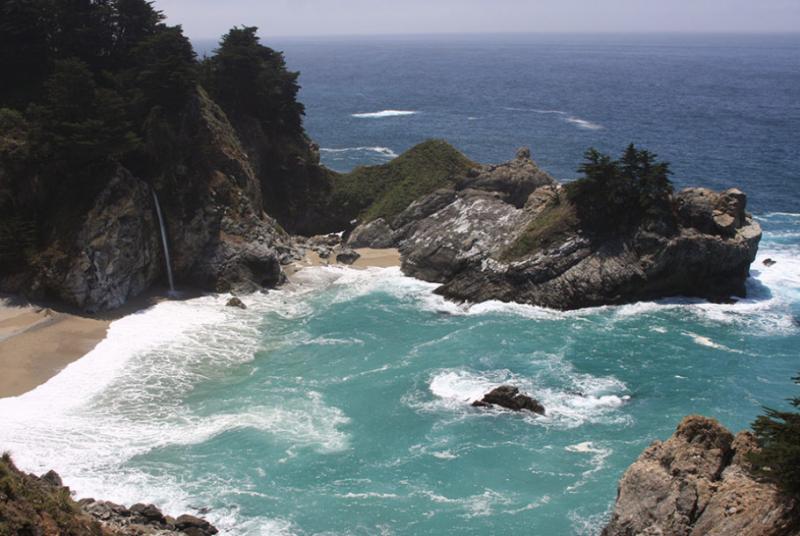 Burgeoning populations of anchovy and a healthy crop of California sea lion pups reflected improved productivity off parts of the West Coast in 2019. However, lingering offshore heat worked against recovery of salmon stocks and reduced fishing success, a new analysis reports.

The California Current Ecosystem Status Report explains that ocean conditions off the West Coast remain unusually variable. This has been the case since the arrival of a major marine heatwave in 2014 known as “The Blob.” NOAA Fisheries’ two West Coast laboratories, the Northwest Fisheries Science Center and Southwest Fisheries Science Center, issue the report each year to the Pacific Fishery Management Council.

“There is not a real clear picture here,” said Chris Harvey, co-editor of the report developed by the two laboratories’ Integrated Ecosystem Assessment approach. The approach integrates physical, biological, economic, and importantly social conditions of the California Current marine ecosystem into the decision-making process. “On the one hand, we have a lot of anchovy out there. On the other hand, we also have a lot of warm water. That is not usually a sign of improved productivity.”

A marine heatwave rivaling “The Blob” emerged in the Pacific in the second half of 2019 but waned by the beginning of 2020. The repeated warm events have left a remnant reservoir of heat deep in offshore waters. That could help “tilt” the system in a way that favors future heatwaves.

“Since a similar buildup and then recession occurred during 2013-2014, and we continue to observe anomalously warm water far offshore and retention of heat by deeper waters, it is unclear if we may see a resurgence of another heatwave in the summer of 2020,” the report says.

Warm conditions off the West Coast are generally associated with less productive conditions. Colder water from the north injects more energy-rich plankton into the marine ecosystem. Young salmon entering the ocean in cooler conditions, for example, grow bigger faster and support stronger adult salmon returns to the rivers where they spawn.

The annual analysis hinges on a series of ecological and economic indicators. They range from the size of krill—small crustaceans that form the base of the food chain—to trends in fishery landings in port communities. Krill density was very low off much of the West Coast in 2019, and commercial fishery landings dropped 8 percent in 2018 compared to the year before.

The 2020 State of the California Current report introduces a new ecological indicator known as the “habitat compression index.” It reflects how warm offshore waters run up against cold, deeper waters that well up near the coast. The result is a narrow, “compressed” band of coastal ocean with cool, productive waters that draw fish and their predators together.

Other recent research found that during the Blob years, the compressed habitat brought humpback whales closer to shore to feed on booming numbers of anchovy. That put many whales in the same waters where Dungeness crab fishermen set their traps, and record numbers of whales became entangled in the fishing lines.

The habitat compression index will provide a running barometer of how offshore heat is affecting nearshore waters and the species that depend on them. “We will continue to study this metric in relation to other indicators in hopes of understanding why coastal impacts in recent years have been so severe,” the report says.

Fisheries landings on the West Coast have seen big ups and downs in recent years. There have been large catches of hake but fewer landings of salmon and coastal pelagic species such as sardines. Commercial landings in 2018, the last year with data available, fell 8 percent, with declines in shrimp, market squid, and many groundfish species. Dungeness crab, however, is a bright spot, with increased landings in recent years.

“Through presenting ecosystem trends, our goal is to provide the Council and the public with a snapshot of the health of the California Current ecosystem,” said Toby Garfield, the co-editor of the report. “Understanding these changes is critical to preserving the productivity and sustainability of West Coast fisheries.”