Tune in from February 11-15 as we regale you with tales of whales and dedicated groups working tirelessly to conserve and protect them. 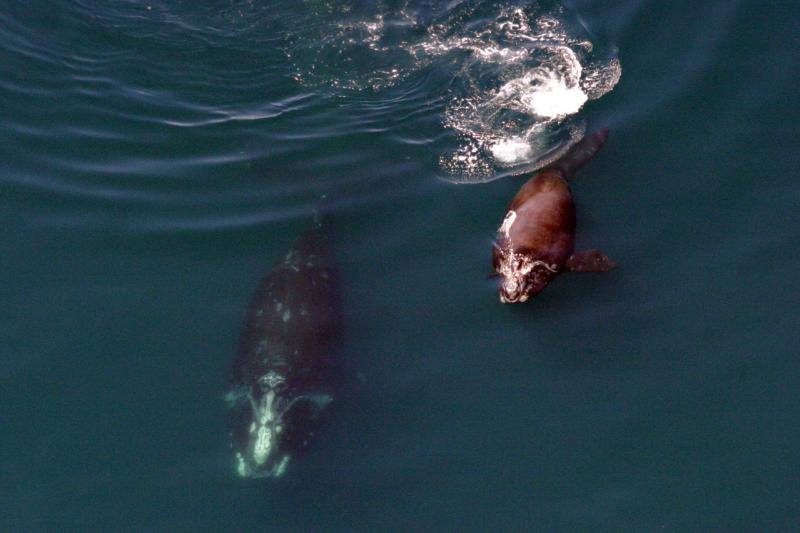 World Whale Day (February 16) is almost here and that means it’s time to celebrate Whale Week, which encompasses all cetaceans, large and small, from the blue whale to the harbor porpoise.

Cetaceans – the scientific term for whales, dolphins and porpoises -- are vital to the balance of marine ecosystems and serve as key indicators for ocean health. NOAA Fisheries has a responsibility to help recover their populations in the wild, which were historically reduced in the 19th and 20th centuries from whaling, and have continued to be affected in modern times by pollution, entanglements in fishing gear or marine debris, and other human-caused impacts on the ocean. To do this we must address major threats to their survival by reducing entanglements, vessel strikes, ocean noise, pollution, and irresponsible marine wildlife viewing practices.

While some U.S. whale populations are thriving—such as humpback whales and gray whales, thanks to regulations enacted under the authority of the Marine Mammal Protection Act and Endangered Species Act—most still face challenges on the road to recovery. But the new year brings new hope. This winter we were excited to learn of the birth of new calves in two of our most vulnerable whale populations.

On the East Coast, in late December the first North Atlantic right whale calf of the 2018–2019 season was spotted off Florida. This is welcome news, as no new offspring were born during the 2017–2018 calving season. Since December, five more right whale calves have been born. Because only about 450 North Atlantic right whales remain, the birth of these six calves is essential to the future of the species, which faces threats from entanglements, ship strikes, and ocean noise.

On the West Coast, a female Southern Resident killer whale, L77, was seen with a new calf, L124, in mid-January when all three Southern Resident killer whale pods (totaling 75 whales) gathered to socialize. Federal marine mammal experts will continue to work with local wildlife veterinarians, researchers, stranding network members, tribal groups, and other partners to keep a close eye on L124, as well as any whales that show signs of poor health or declining condition. Additionally, NOAA is participating in a Washington state government task force to recommend actions to tackle major issues facing the Southern Residents including lack of prey, polluted waters, vessels, and ocean noise.

At the national level, NOAA Fisheries is concerned about the impact of entanglements on all species of cetaceans. We recently released a Large Whale Entanglement Report, which details 76 confirmed entanglement cases along U.S. coasts in 2017, and compares them to cases reported over the past 10 years. Entanglement of marine wildlife in fishing gear, marine debris, or other objects humans put into the oceans is a global problem impeding the recovery of several species, including the critically endangered North Atlantic right whale, which has so few individuals remaining the loss of just one animal can have serious consequences for its future. Addressing entanglements will require cooperation on many fronts to combat. NOAA’s Office of Protected Resources works with partners around the country who are highly trained to safely respond to marine mammals in distress, rescue entangled whales, and gather information to reduce future entanglements. Learn what you should do if you see an entangled whale.

There is still much work to be done to recover most whale populations from the various threats they continue to face. Our marine mammal and endangered species conservation teams are committed to finding long-term solutions to ensure the recovery and protection of U.S. whale species while supporting a thriving blue economy. Join us during Whale Week to learn more about these efforts and the ways you can help support whale conservation.

Last updated by Office of Communications on February 13, 2019