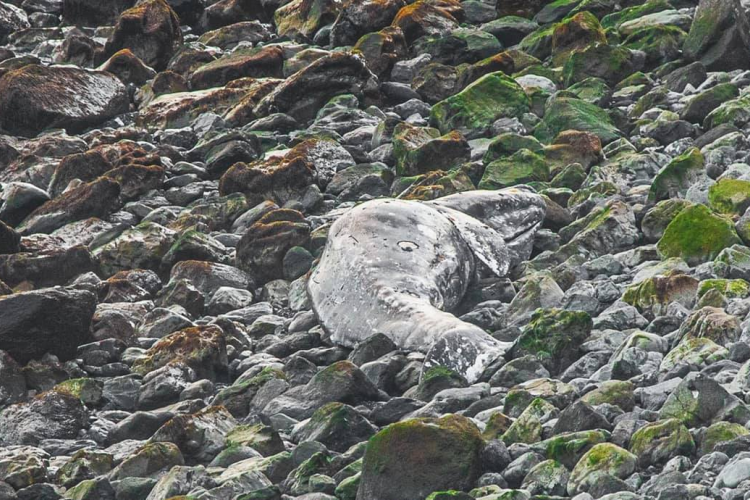 NOAA has received report of a gray whale stranded along the coast of Kodiak. The report came in late yesterday to NOAA's Office of Law Enforcement Kodiak Office and the Sun'aq Tribe of Kodiak, a NOAA marine mammal stranding partner.

This is the third dead gray whale reported this year in Alaska, along with a carcass reported beached on the Copper River Delta and another in Turnagain Arm.

Necropsies were performed on the first two whales. The Kodiak whale is located along the rocky shore below a steep cliff and considered inaccessible for a necropsy.

It is not unusual to have 2-3 gray whale strandings in Alaska by this time of the year. NOAA Fisheries is monitoring the situation closely because of the unusually high number of gray whale deaths along the West Coast of North America this year. To date, at least 60 dead gray whales have been found from Mexico to Alaska this year.

Gray whales make one of the longest annual migrations of any mammal, traveling up to 10,000 miles round-trip, between winter nursing lagoons in Mexico to summer feeding grounds in the Arctic. They are primarily bottom feeders that consume a wide range of invertebrates, such as amphipods — a small shrimp-like creature.

North Pacific gray whales can grow to about 49 feet long and weigh approximately 90,000 pounds. Removed from the Endangered Species list in 1994, they currently number about 27,000.

NOAA wants to remind members of the public that it is illegal to take parts from dead marine mammals.