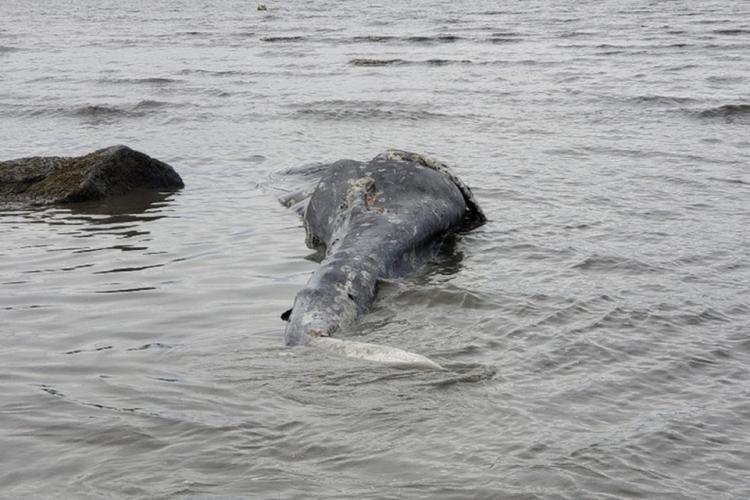 A family fishing for herring north of the Clam Gulch Recreation Area on the Kenai Peninsula last Wednesday discovered a dead whale. They reported this stranding to NOAA Fisheries this past Friday with a photograph.

Marine mammal experts examined the family’s photo of the whale and confirmed the stranding was another gray whale. It is the fourth dead gray whale confirmed in Alaska this year.

The estimated length of the whale is 20-24 feet. Gray whale calves are born at about 15 feet, so this is a young whale.

NOAA hopes to perform a necropsy on the gray whale, but that is not likely until Cook Inlet has minus tides, as the whale is on a sandbar that is only exposed at extreme low tides. The minus tides must be low enough for the necropsy team to collect tissue samples.

Alaska typically sees between 0-3 gray whale strandings from the first of January to the end of May, based on the past 18 years. In 2000, the number in the January-May timeframe was 18.