Catch shares are a proven fishery management tool that allows flexibility and accountability in fisheries worldwide. 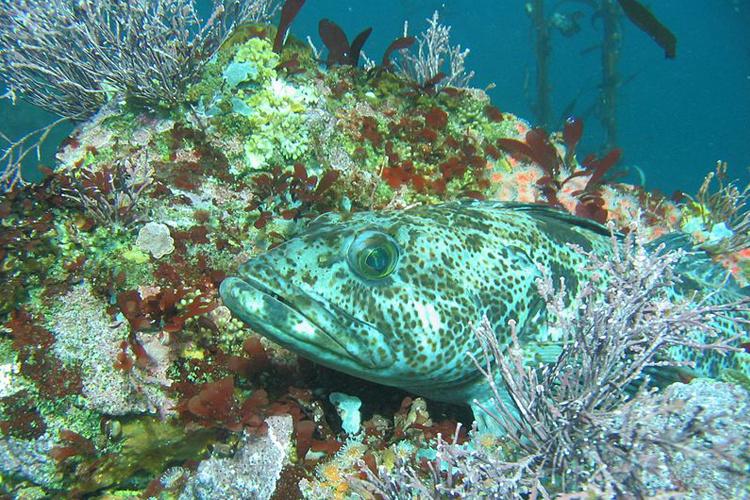 “Catch shares” is a general term associated with several fisheries management strategies that dedicate a secure share of fish to individual fishermen, cooperatives, or fishing communities for their exclusive use. In traditional fisheries management, fishermen often race each other to catch as many fish as possible before the overall limit is reached and a fishery is closed. Catch shares typically give more security to fishermen, allowing them to pursue their catch when they want to—during better weather, for example, or at times of year when costs are lower or the value of fish is higher.

The first catch share program in the United States was implemented in 1990 in the Mid-Atlantic surf clam and ocean quahog fishery. Today, there are 17 programs across the country. NOAA Fisheries works with the regional fishery management councils to develop new programs when the councils determine they are needed.

Catch share programs are a proven fishery management tool that allows flexibility and accountability in fisheries worldwide. Used appropriately, they are essential in meeting our national goal of rebuilding and sustaining our fishery resources. They can reduce the negative biological and economic effects experienced in fisheries where other fishery management tools—trip limits, days at sea limits, time and area closures—were previously used. 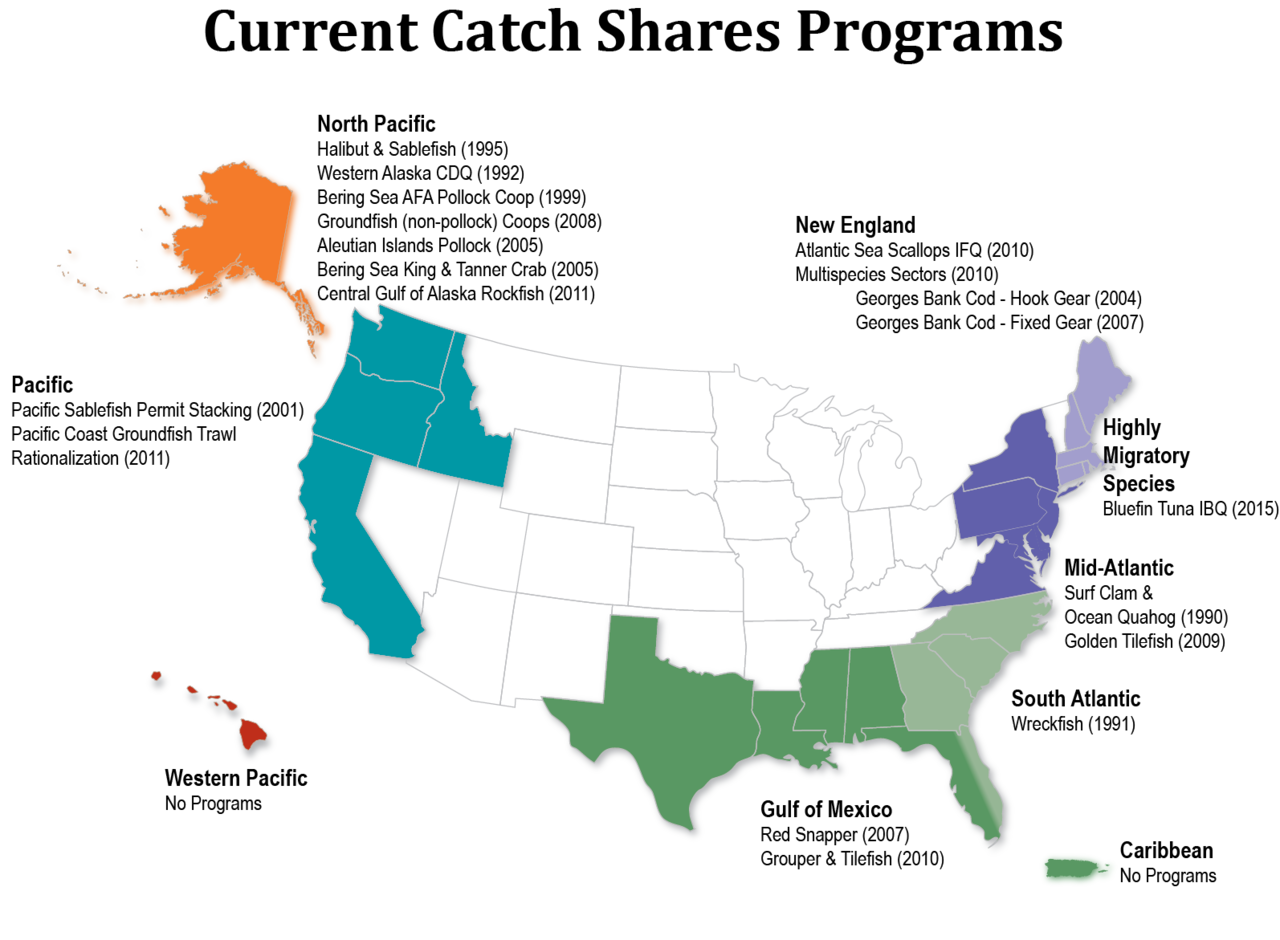 Note: From 1996 to 2002, there was a congressional moratorium on the establishment of new IFQ programs.

In 2007, Congress reauthorized the Magnuson-Stevens Act, Section 303A with provisions for limited access privilege programs.

The Design and Use of Limited Access Privilege Programs

Catch Shares is a general term associated with fisheries management strategies that dedicate a share of fish to individual fishermen, cooperatives, or fishing communities. 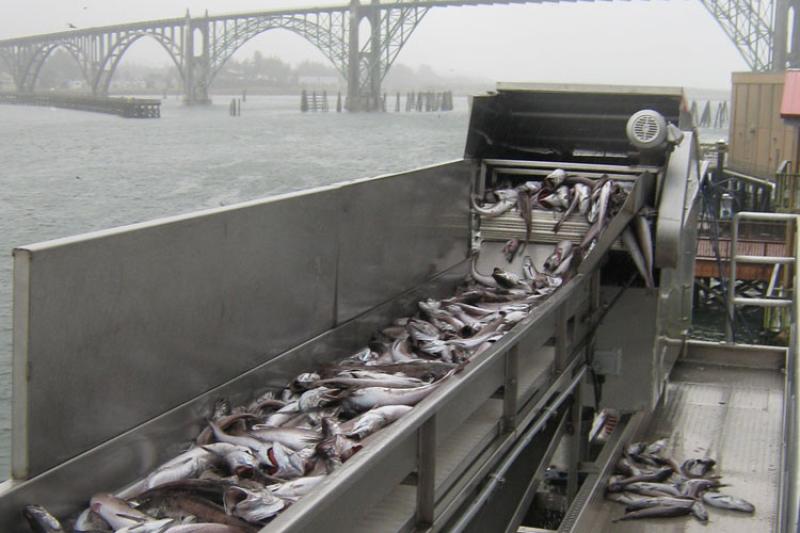 Last updated by Office of Sustainable Fisheries on August 04, 2022