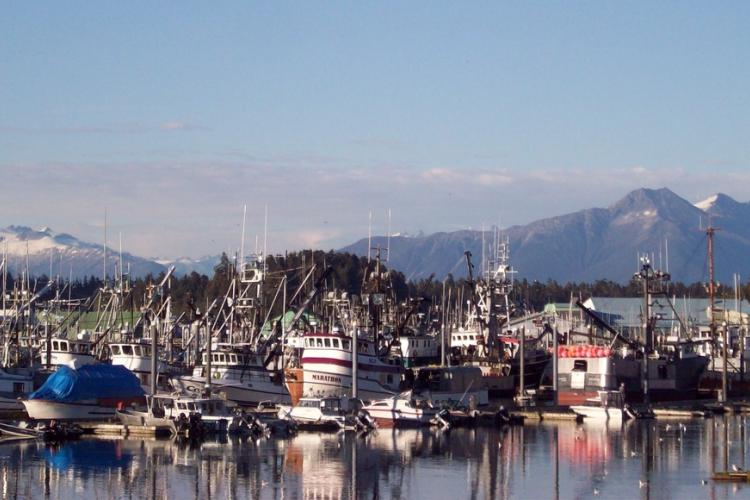 It is broadly recognized that social vulnerability and resilience influence a community’s ability to respond and adapt to change. Fishing communities can face considerable uncertainty from unanticipated fluctuations in harvest, which directly affect fishermen’s household income. Changes in regulations may also affect fishing households and communities. Fishing communities, like all coastal communities, increasingly face acute threats from severe storms, flooding, and slow changes in sea level, temperature and acidification. Over time, all of these factors may affect the social vulnerability and resilience of a community.

The fishing engagement and reliance indices portray the importance or level of dependence of commercial or recreational fishing to coastal communities and are used in NEPA and MSA assessments and to address environmental justice as required by Executive Order 12898.

Note: Recreational fishing indicators are calculated based on regionally available data so are not comparable on a national basis. Detailed discussion of how these indicators differ

Executive Order 12898, signed in 1994, directed federal agencies to identify and address the disproportionately high and adverse human health or environmental effects of their actions on minority and low-income populations, to the greatest extent practicable and permitted by law. It also directed agencies to develop a strategy for implementing environmental justice and as well as provide minority and low-income communities access to public information and public participation.

In January 2021, Executive Order 14008 built upon the earlier mandate by directing federal agencies to make achieving environmental justice part of their mission by developing programs, policies, and activities to address the disproportionately high and adverse human health, environmental, climate-related and other cumulative impacts on disadvantaged communities, as well as the accompanying economic challenges of such impacts.

Three of the indicators in the NOAA Fisheries Community Social Vulnerability Toolbox can be used for mandated Environmental Justice analyses.

NOAA Fisheries focuses on environmental justice in fisheries management because we know it matters. The figure below clearly illustrates this point. Communities dependent upon commercial fishing are far more likely to be poor, have a larger percentage of minority and tribal populations, and/or have residents with less “personal capacity” to respond to change, e.g., higher unemployment rates or lower educational attainment. 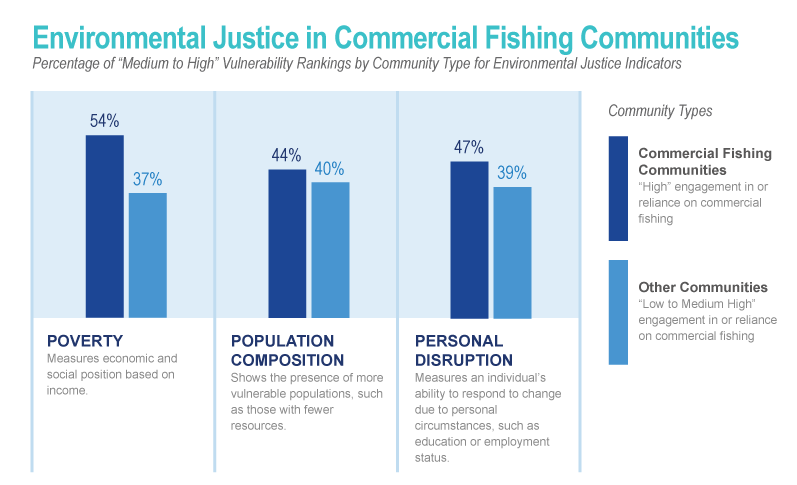 The MSA requires assessment of ecosystems, whose conditions are increasingly driven by climate change and its impacts on the marine environment. These impacts in turn affect the relationship between fishing communities and the marine- and land-based resources on which they depend.

Economic indicators characterize the strength and stability of the workforce and the housing. These factors affect the cost of living which can become unsustainable for disadvantaged populations.

The gentrification pressure indicators measure factors that, over time, may indicate a threat to the viability of a commercial or recreational working waterfront, including infrastructure.

Last updated by Office of Science and Technology on August 19, 2021