We implemented the Harbor Porpoise Take Reduction Plan to reduce interactions between harbor porpoise and commercial gillnet gear capable of catching multispecies in both the New England and the Mid-Atlantic. 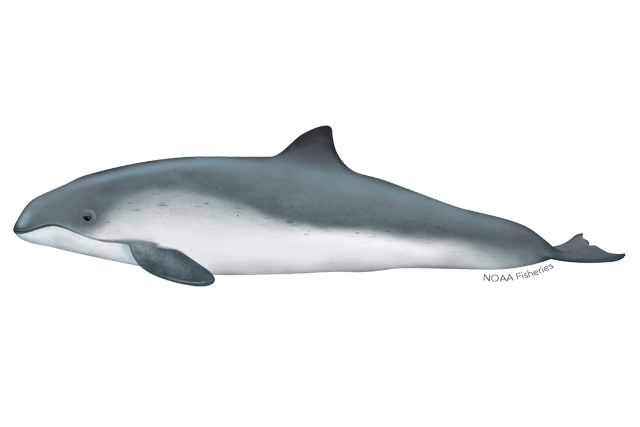 We implemented the Harbor Porpoise Take Reduction Plan to reduce interactions between harbor porpoise and commercial gillnet gear capable of catching multispecies in both the New England and the Mid-Atlantic. The Plan has several components including restrictions on where, when, and how gear can be set. In some areas the Plan requires the use of acoustic deterrent devices called "pingers."

The New England portion of the Plan pertains to all fishing with sink gillnets and other gillnets capable of catching multispecies in New England waters from Maine through Rhode Island. Vessels using pelagic gillnets/baitnets are exempt from this Plan. It includes time and area closures, some of which are complete closures. Others are closures to multispecies gillnet fishing unless pingers are used in the prescribed manner.

For specific requirements, see the Harbor Porpoise Take Reduction Plan and the Outreach Guides below.

Under the Plan, gillnet gear used in specific areas during specific times are required to be equipped with pingers used in accordance with the specifications below. The operator of a vessel may not fish with, set, or haul back sink gillnets or gillnet gear, or allow such gear to be in closed areas where pingers are required unless the operator has satisfactorily completed the pinger training program and possesses on board the vessel a valid pinger training authorization issued by us. After completing training, the pinger training authorization does not expire.

A pinger must be attached at the end of each string of each gillnet and at the bridle of every net within a string of nets (see figure below). For example, in a gillnet string consisting of 3 net panels, 4 pingers would be required.

Pingers should be maintained according to the manufacturer's specifications and batteries should be replaced as needed. 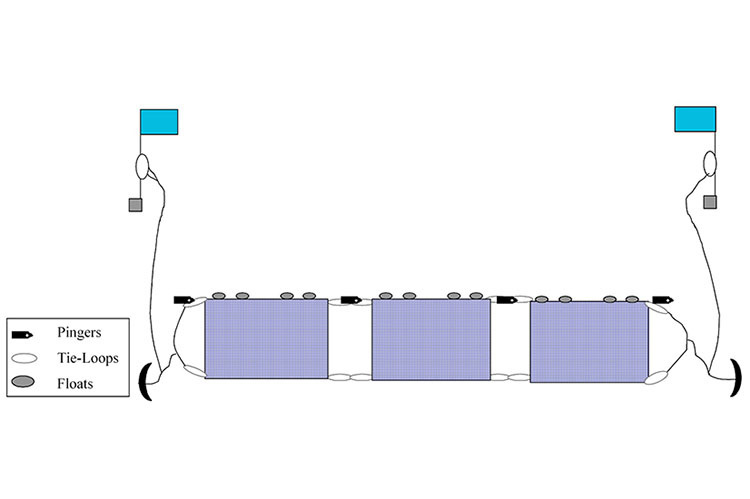 Illustration of pingers attached to a string of gillnets

On December 2, 1998, we published a rule to implement the Harbor Porpoise Take Reduction Plan in the Gulf of Maine and Mid-Atlantic and since then we have amended the Plan numerous times.

The initial Plan achieved the immediate goal of reducing takes of harbor porpoises to levels below the Potential Biological Removal (PBR). PBR is defined as the number of human-caused deaths the stock can withstand annually and still reach and maintain an optimum population level. The Plan did not achieve the long-term goal of achieving a zero serious injury and mortality rate, known as the zero mortality rate goal (ZMRG), required under the Marine Mammal Protection Act. Specifically, harbor porpoise bycatch levels, rather than approaching ZMRG, showed an increasing trend after 2001 and again exceeded PBR beginning in 2004.  PBR and ZMRG are listed in the stock assessment report for harbor porpoise.

We determined that the increase in harbor porpoise bycatch in gillnet fisheries was due to two factors:

We reconvened the Team in 2007 to discuss the increase in harbor porpoise bycatch and develop recommendations for modifying the Plan to reduce bycatch to acceptable levels. Based on the recommendations received from the Team, we published a final rule to amend the Plan.

The 2010 rule included an expansion of current Plan requirements, new management measures (including a consequence closure area strategy), and increased enforcement and monitoring efforts. The rule also established a scientific research provision and incorporated a number of necessary technical corrections to the regulations that had been identified since implementation of the Plan in 1998. This final rule was largely based on consensus recommendations provided by the Team.

The 5-year mean bycatch continues to decrease, and is well under PBR. We continue to enforce the Plan to promote compliance with the requirements.