Our only outdoor exhibit, the seal habitat includes an enclosed, 17,000 gallon pool that is the permanent home for seals that are unable to live in the wild.

Please note: We do not currently have resident seals. 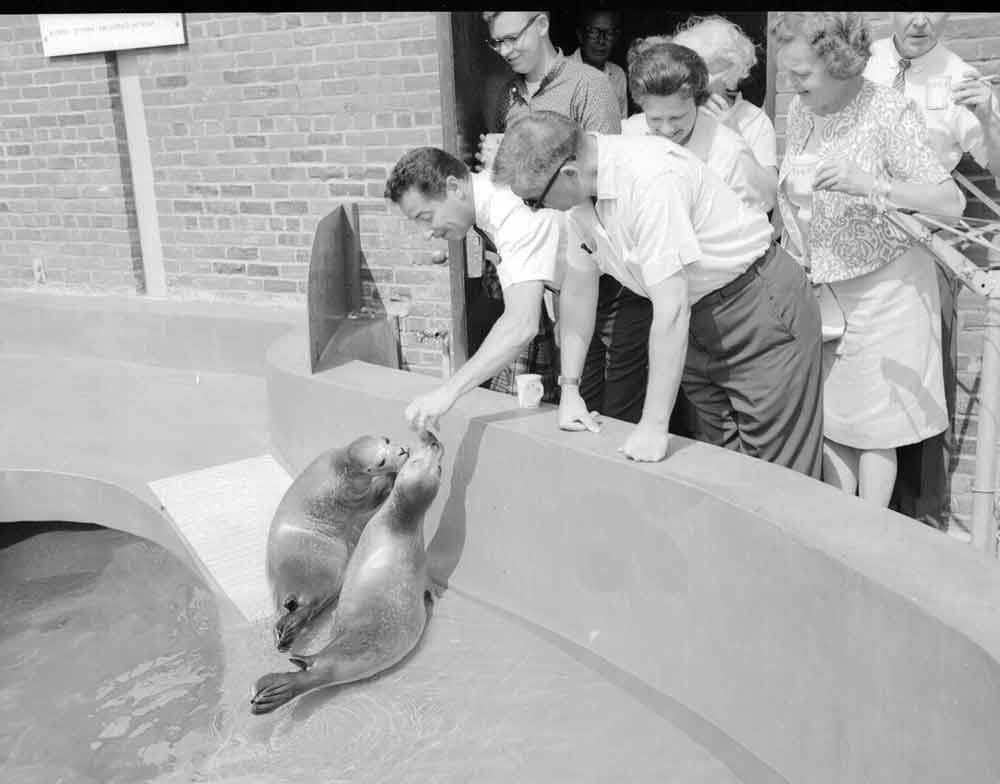 Why We Have Seals

The Aquarium provides a home for seals that are unable to survive in the wild. The seals can live long and healthy lives in an aquarium setting where they get medical and dental care and where they do not have to catch their own food or worry about predators.

The seals are perhaps the Aquarium’s most popular residents: tens of thousand of visitors every year watch our seal training sessions and learn about seal biology. In the process, our visitors also learn how they should and should not interact with seals they encounter in the wild. 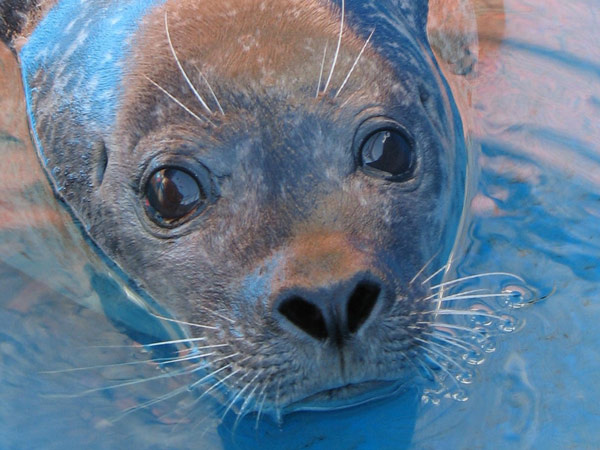 LuSeal, one of the Aquarium's harbor seals in recent years.

Our two most recent residents, LuSeal and Bumper, both died unexpectedly in July 2017.

In 2008 we re-built our seal habitat and provided a permanent home for two non-releasable harbor seals. The female (LuSeal) stranded on a Cape Cod Bay beach in 2002 when she was just a month old. A “failure to thrive” pup, LuSeal was unable to feed herself and had numerous infections. Nursed to back to health, LuSeal was tagged and released – and she quickly stranded again. When it was clear that she was unable to live in the wild, LuSeal came to the Aquarium.

Bumper was a male harbor seal, born in June of 2007. At about 2 months of age, Bumper, just barely on his own in the world, was attacked by a shark. We are not sure what type of shark attacked Bumper, but his hind flippers and tail were badly damaged, and his belly and chest were punctured. Because of the attack, Bumper stranded himself on a beach in South Hampton, NY. He was likely on the beach for some time before he was found and rescued. Luckily, his wounds healed very nicely and he has full function of all his flippers. Unfortunately, however, Bumper cannot be released into the wild because he is blind. The veterinarians are not exactly sure what caused Bumper to go blind, but it is likely related to his attack - perhaps the infections he suffered or trauma. Despite his disability, Bumper did well at the Aquarium. He was a smart little guy with a huge personality.