Caring for Injured Animals at the Woods Hole Science Aquarium

The Aquarium has been helping sick or injured animals to recover for many years, including cold-stunned sea turtles and seals that would not be able to survive in the ocean. 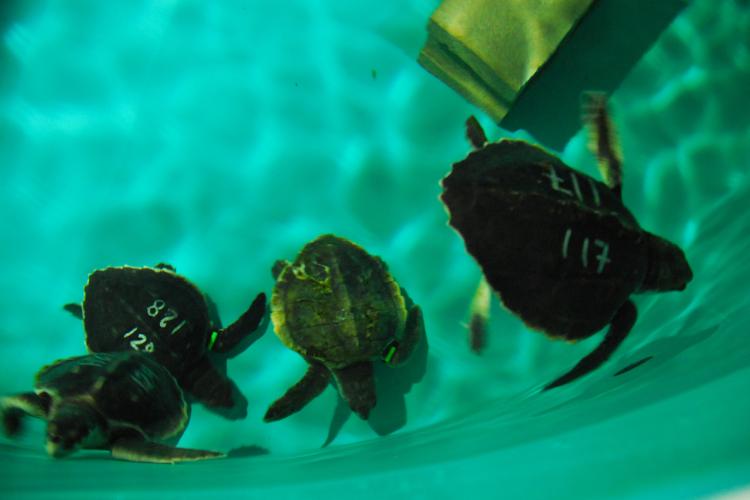 When the original NOAA Fisheries Woods Hole Laboratory was completed in 1885, the grounds included two large, open pools made of granite that were used to hold live specimens. In the summer, seals were captured for display in these pools. They attracted visitors to the lab and to its research aquarium, which was also open to the public. At the end of the summer, they were released back into the wild. Although the granite pools have been filled in and federal law now protects marine mammals like seals from capture in the wild, the tradition of holding seals at the lab has continued. 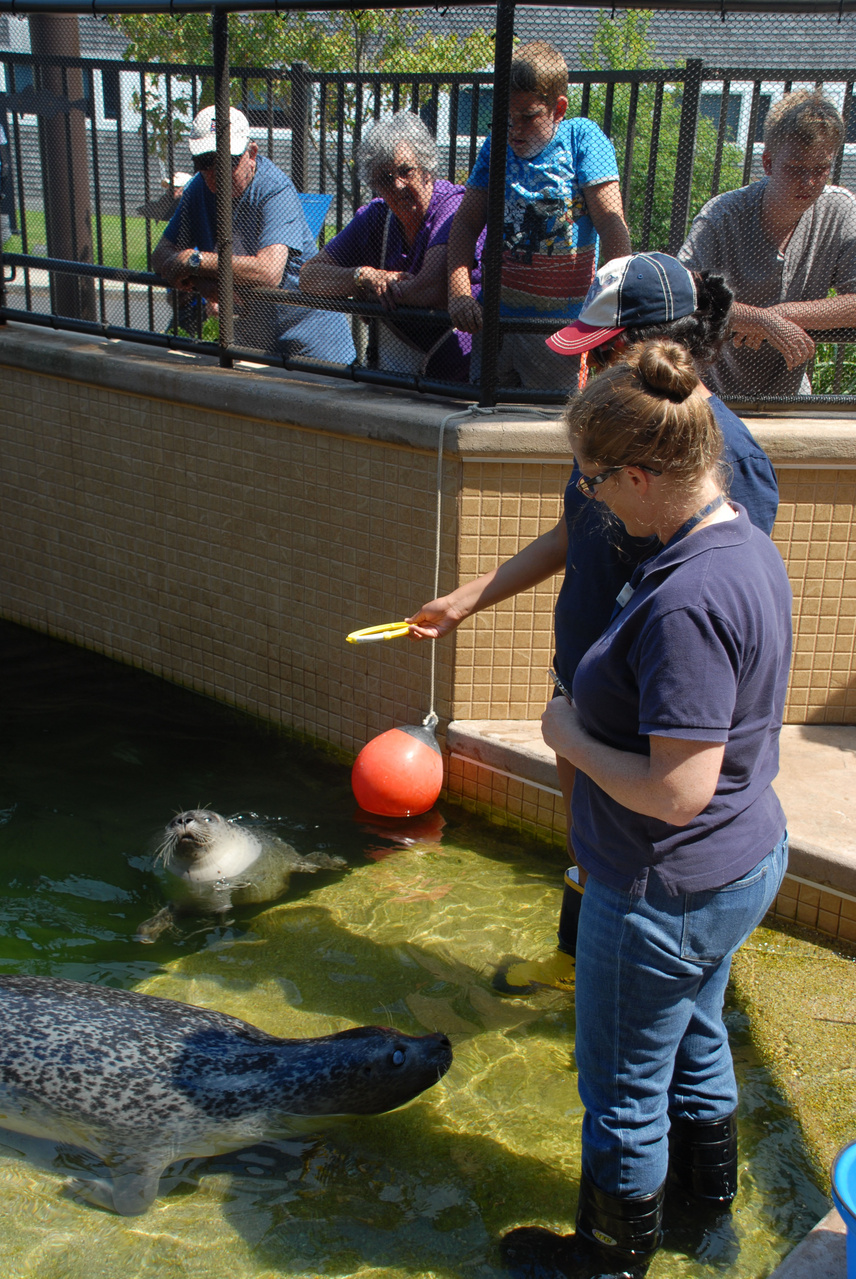 Seals have been part of the Aquarium for more than a century. We are awaiting new residents of the seal pool.

Seals we care for now are part of the permanent collection and are not captured for show. Instead we take animals that have stranded, usually very young and sick, and that are found to be poor candidates for release back into the wild after rehabilitation. In 2017 our two long-time resident harbor seals became ill and died within weeks of each other. The cause is still unknown but a virus is suspected. We do not have seals at this time, but we are readying the pool for animals that may need a home after stranding season.

Learn more about how the Aquarium cares for seals

We also care for injured sea turtles. Sometimes, as the seasons change from summer to fall, turtles in waters off New England strand on beaches when water temperature suddenly drops. They get cold-stunned, a form of hypothermia, usually with complications like pneumonia. Hundreds of turtles can be part of a cold-stun stranding event. Our aquarium is equipped to deal with animals that are out of mortal danger, but still need follow-up care and recovery time before they are strong enough to be released into warmer waters to the south.

Learn more about turtle conservation at the Aquarium