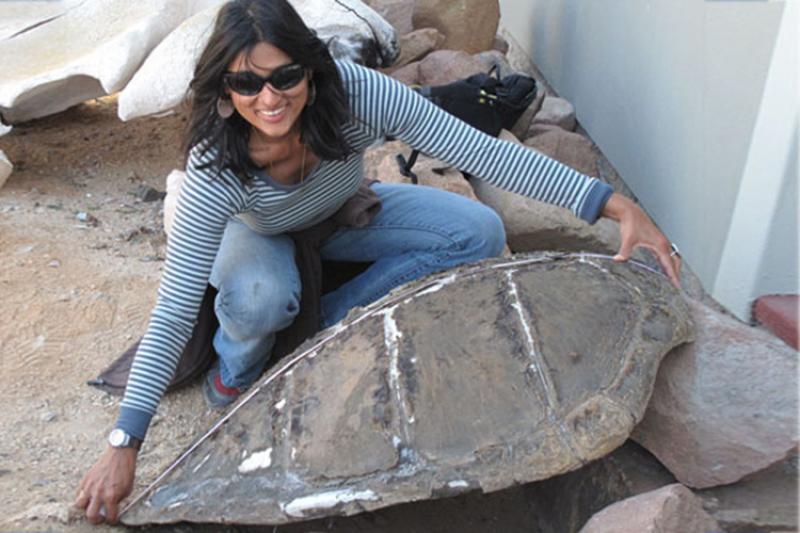 June 16th is World Sea Turtle Day, and needless to say this is a very big day for us here at NOAA Fisheries. So for today’s podcast we’re going to hear from Manjula Tiwari, a sea turtle scientist with NOAA’s Southwest Fisheries Science Center. Dr. Tiwari works all over the world helping communities that live near sea turtle nesting beaches to protect their sea turtle populations.

Dr. Tiwari works with many species of sea turtles, including one of the most endangered, the Pacific leatherback. Pacific leatherback populations have declined by more than 90 percent and the largest remaining population nests on beaches in Papua, Indonesia. Leatherbacks that hatch in Papua later show up off the U.S. West Coast, which is one reason that NOAA Fisheries is working to protect them and their nesting beaches on the other side of the world.

To save Pacific leatherbacks, people from many nations have to work together. Dr. Tiwari works with people in Papua, Indonesia. Other NOAA Fisheries scientists work with fishermen and research partners to protect the turtles along their international migration routes. As Dr. Tiwari says in this podcast, “leatherbacks make the world a very small place.”