A team of experienced divers and scientists voyage to the Northwestern Hawaiian Islands to survey and remove marine debris. 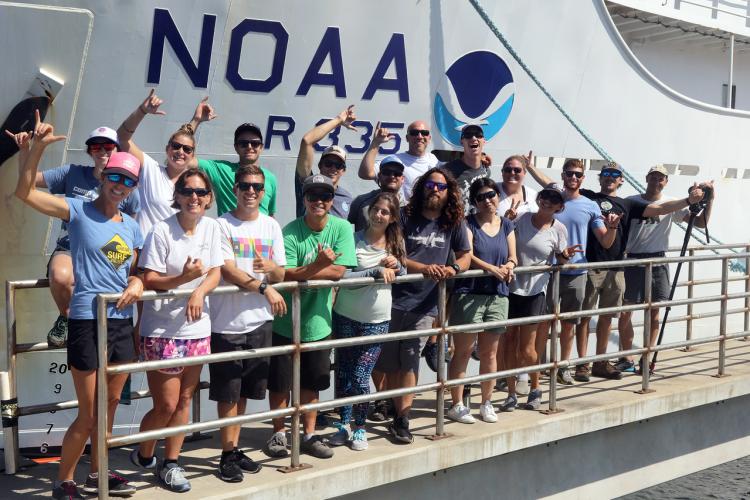 We have been chosen to embark on an epic adventure. Our mission: to remove derelict fishing gear and plastic debris from the islands and atolls of the Northwestern Hawaiian Islands. Our team is 20 strong—we joined the expedition as strangers from distant places and different backgrounds, united by a common goal to remove plastic from the ocean, and equipped with the qualifications to get the job done. The team members are supported by a partnership with NOAA's Pacific Islands Fisheries Science Center and the University of Hawaii's Joint Institute for Marine and Atmospheric Research (JIMAR). 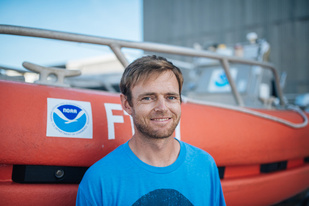 Kevin is the chief scientist for the marine debris mission this year. He has been part of the team since he starting working for NOAA and JIMAR in 2007. In addition to his day job, Kevin and his wife run three after-school programs for students K-12, focused on outdoor education, community activism, and hands-on building skills. In his spare time, he loves to spend time with his daughter, read the news, play guitar, surf, sail, hunt, and mess around with tools. Kevin is extremely passionate about combating the problem of marine debris! 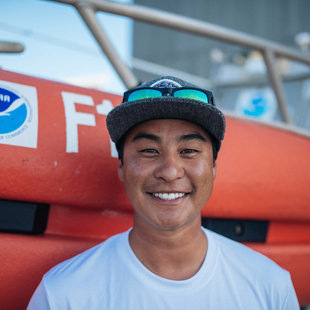 James is the operations lead for this year’s marine debris mission. Before he started his career with NOAA and JIMAR in 2014, he worked in field camps on the remote Northwestern Hawaiian Islands, researching Hawaiian monk seals with two other people, no electricity, and no shade for three months at a time. James is often at sea, diving in some of the most remote places in the Pacific Ocean, but when he isn’t, you can find him cooking and eating tons of delicious food, or traveling around the world with his family. It is his hope and dream to one day be a middle-school science teacher. He is excited to remove all the marine debris he can during this season! 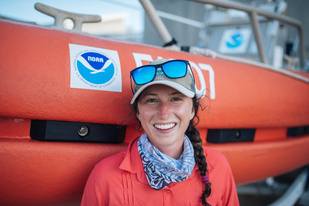 Tessa is a new addition to the team this year. Hailing from Seattle, she spent the past four years working for the National Park Service in St. Croix, U.S. Virgin Islands conducting research and monitoring projects at Buck Island Reef National Monument. Tessa has also conducted research on willow beetles in the Eastern Sierras, tiger sharks in Western Australia, and nesting sea turtles. Tessa is excited to tackle new challenges and spread awareness about the problem of marine debris. 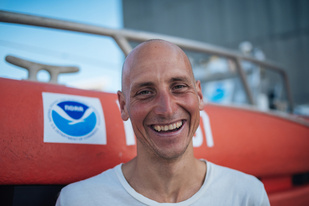 Steven is the photographer for this year's marine debris mission. Steven's photographs and video are a celebration of nature and encourage protecting our wild areas and wildlife. 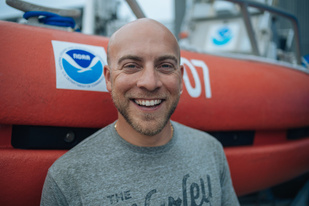 Ari is a marine ecosystems research technician for NOAA and JIMAR and this will be his first marine debris mission. He has a master's in marine biology from Nova Southeastern University in Ft. Lauderdale, Florida, and is excited to be a part of this conservation team. When not at work, Ari loves all things nature-y and you can find him hiking Oahu's mountains, stand up paddle boarding on coastal waters, or free diving the local reefs. 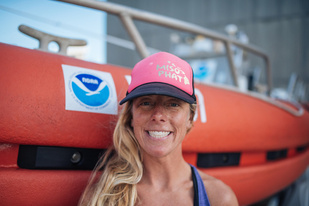 “KK” grew up in the lakes of Vermont with two older brothers who teased her about lake sharks and her purple nail polish. After a summer of living in fear, she went to the library to research their claims—there, she found an entire new world filled with marine life (and the freedom to paint her nails purple). After that day, her answer to the question, “What are you going to be when you grow up?” was always, “a marine biologist.” She moved to Hawai‘i after graduating from the University of New England. This will be her fifth marine debris expedition in the Northwestern Hawaiian Islands. KK hopes you can follow the stories, view the photos, participate in some activities, and be inspired by this plastics issue to change how you live and motivate those around you. 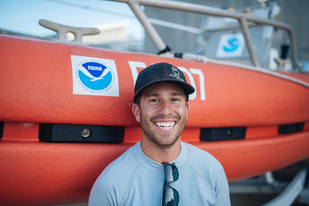 Before joining the team this year, Mike worked at the University of Hawaii's dive safety program. He assisted with various underwater projects around the Big Island, including structure from motion photogrammetry. He also dabbled in the world of mathematics where he examined the properties of phylogenetic tree space. Mike has worked in various marine environments and is super pumped to get back in the field and contribute to this marine debris mission. 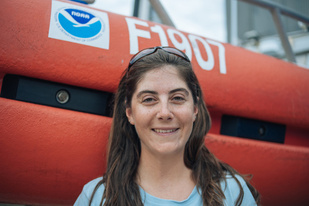 Rebecca is currently earning a master's degree in Zoology from the University of Hawai‘i at Mānoa, but she is taking a break from studying to work with the marine debris team on this incredibly unique and important mission. She loves diving, kayaking, hiking, and surfing and wants—more than anything else—to protect the natural environments that make these activities so rewarding. 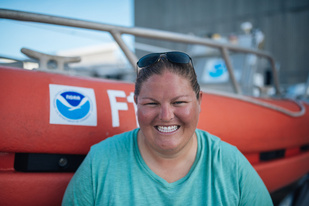 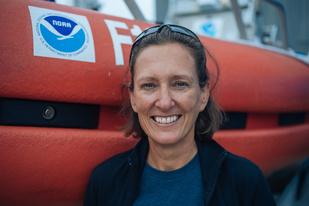 Rhonda is an optical mapping coordinator with NOAA and JIMAR. Rhonda joins the marine debris team for the third time. Every year, she is more excited to work with the team and make a positive impact on ocean health. Rhonda has a master’s degree in Geography from the University of Hawai‘i at Mānoa. She loves being underwater and photographs 3D seascapes to share the beauty and diversity of places that are hidden under the waves, and illustrate the issues that are impacting ocean health. Rhonda looks forward to working with this outstanding team this year and wants to reduce the prevalence of single-use items (things we use once and throw away, like plastic forks, water bottles, paper plates, and packaging) and encourage others to do the same. 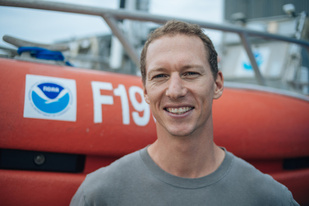 Andrew got his start at NOAA and JIMAR in 2009 as a marine debris technician and is now a marine ecosystem research coordinator. He loves this job because he can get outside while he conducts fish surveys, towed diver surveys, and rebreather dives, all while working with fun and talented people. In his free time, he can be found wandering around in the woods with his wife, kid, and dog. 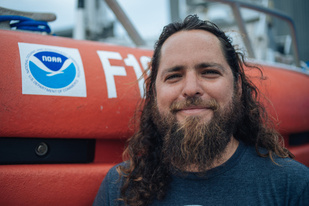 Joao is one of the marine debris team leads this season. He started working on marine debris missions in 2012 and has worked as part of the operations team and marine debris team for NOAA and JIMAR since 2013. He was born and raised in Ecuador. He attended school at the University of Hawai‘i at Hilo, where he got involved in the marine sciences. During his free time, Joao enjoys surfing. 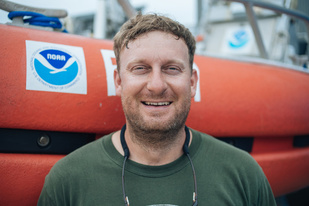 Tate is another marine debris team lead, and even though this is his first mission, he has been with NOAA and JIMAR for a few years working on the operations team. He participates in research expeditions—diving to monitor coral reef ecosystems in some of the most remote and pristine locations in the U.S. Pacific Ocean. In his free time, he loves to surf, dive, camp, backpack, and sail around the Hawaiian Islands. 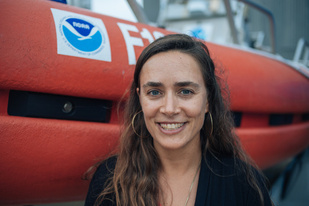 Kaylyn is a research coordinator with NOAA and JIMAR. She is excited and honored to work with the marine debris team this year. Kaylyn has a master’s degree in Zoology from the University of Hawai‘i at Mānoa, but is happiest out in the field pulling debris, driving boats, and counting fish. She is looking forward to removing nets and spreading the word that marine debris is everyone’s problem! 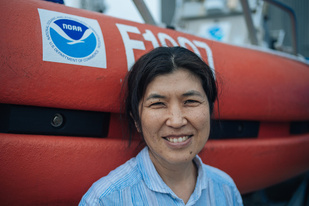 Tomoko is a Geographic Information Systems (GIS) coordinator for NOAA and JIMAR. For nearly 10 years, she has led GIS programs and projects. She has joined four previous marine debris removal missions since 2012. Originally from Kamakura City, Japan, she has a bachelor’s degree in Geography from Framingham State College in Massachusetts and a master’s degree in Natural Resources and Environment Management from the University of Hawai‘i. 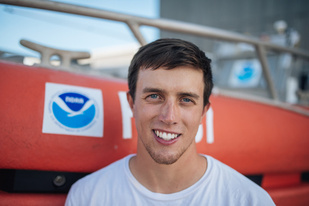 Matt is new to the marine debris team, though this will be his third trip to the Northwestern Hawaiian Islands. His first experience was on a field camp at Laysan Island with the Hawaiian monk seal research program and his second was at Kure Atoll with the State of Hawai‘i. He really enjoys surfing, freediving, scuba diving, and underwater photography, but also enjoys being up in the mountains looking for native Hawaiian honeycreepers and plants. He is passionate (nerdy) about the conservation of Hawaiʻi’s unique flora and fauna, from mauka (land) to makai (sea). 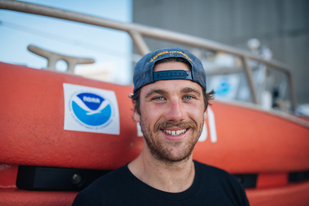 Drew attended the University of Washington School of Oceanography where he studied zooplankton and bull kelp in the Pacific Northwest. He learned to surf when he lived in Hawai‘i, which built the foundation of his fascination with the ocean. Beyond surfing, he enjoys anything involving water or a board of some sort. He values traveling, meeting new people and hearing their stories, exploring new places and cultures, and making a positive environmental impact. He is stoked to keep the oceans free of debris! 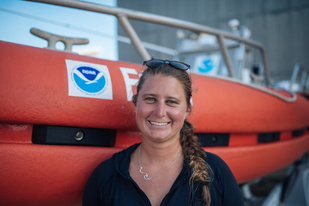 Jessica just finished her master’s degree at Scripps Institution of Oceanography, where she helped develop a marine management plan for the island of Montserrat in the Caribbean. She has been lucky enough to conduct research in the field on Palmyra Atoll, Key Largo, Santa Barbara, and the Channel Islands. Every day, Jessica wishes she were a mermaid but since she hasn’t grown a tail yet, she surfs, sails, swims, dives, explores, and shares fun times with great people in her spare time. She is passionate about ocean conservation and is excited to combat marine debris this season.

Josh is the unmanned aerial system pilot for this marine debris mission. He has a master’s degree in Marine Biology from the University of Hawai‘i, where he works on drone projects. He likes to surf, kiteboard, and camp, and is interested in how new technology (not just drones) can help improve our stewardship of the environment.

You can make a difference

Try to pick up at least 10 pieces of trash every day: in your neighborhood, at the beach, or close to your nearest waterway. You can make a difference by picking up litter and debris before it reaches the sea.