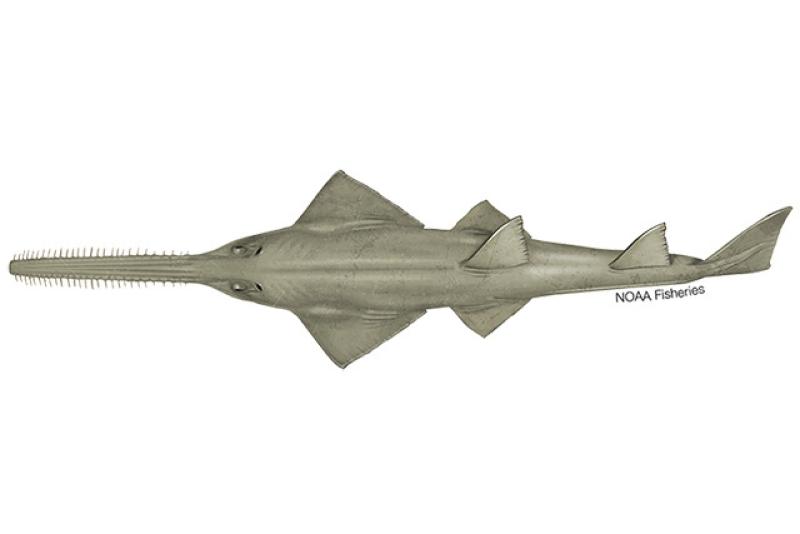 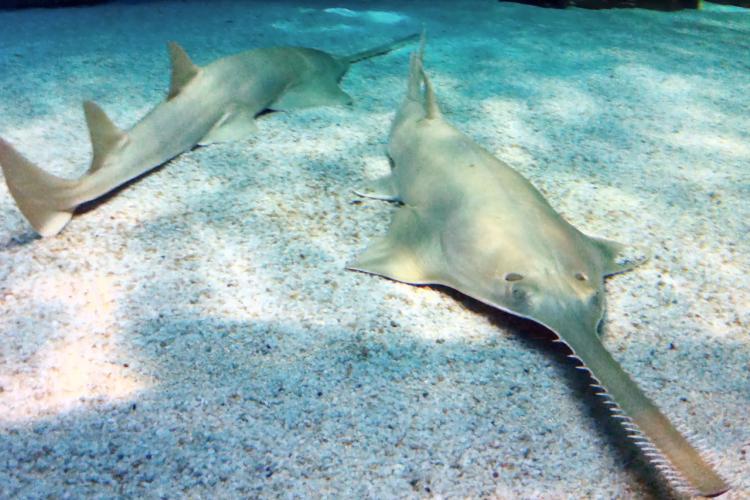 Many islands within the Indo-Pacific region contain suitable habitat for sawfish, but few records are available, possibly due to the lack of surveys or data reporting. There is some evidence from the Persian Gulf and Red Sea (e.g., Sudan) of small but extant populations (A. Moore, RSK Environment Ltd., pers. comm. to IUCN, 2012). Green sawfish are currently found primarily along the northern coast of Australia, but all sawfish species have undergone significant declines in Australian waters. The southern extent of the range of green sawfishes in Australia has contracted (Harry et al., 2011). Green sawfish have been reported as far south as Sydney, New South Wales, but are rarely found as far south as Townsville, Queensland (Porteous, 2004). 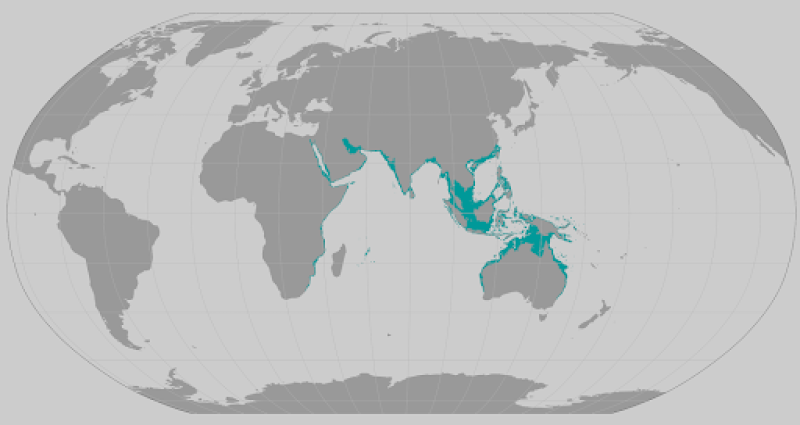 The green sawfish is listed as endangered throughout its range under the Endangered Species Act.