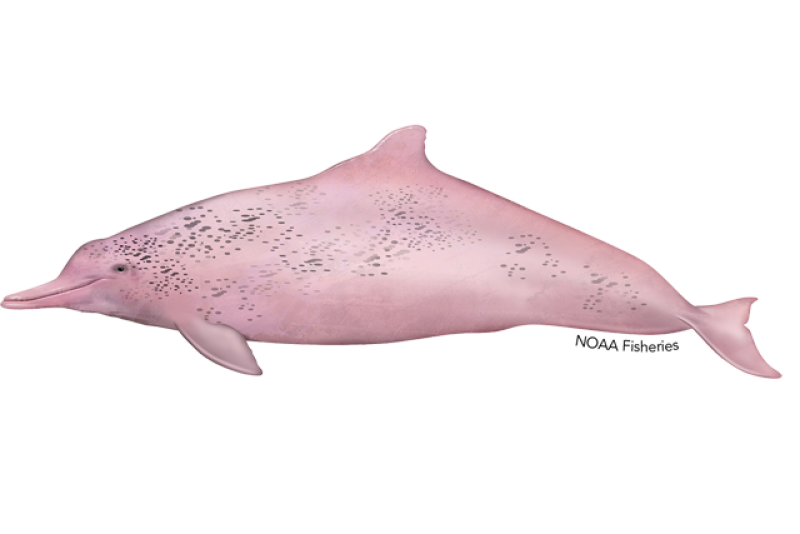 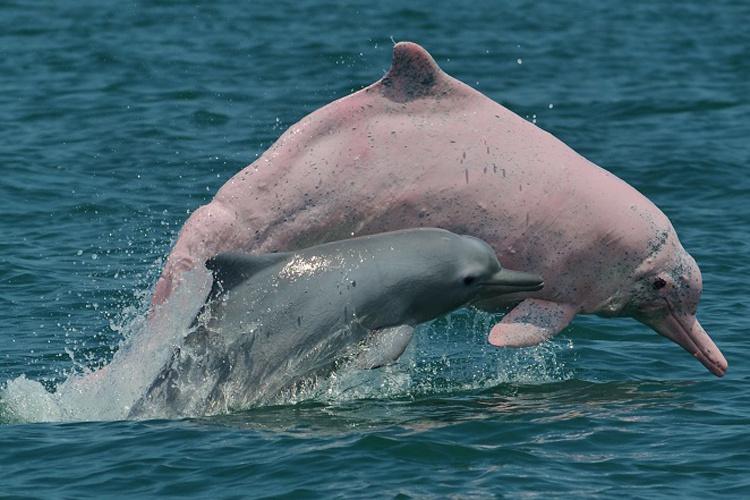 The Taiwanese humpback dolphin is a subspecies of the Indo-Pacific humpback dolphin that is only found in a small, narrow stretch of estuarine water off the western coast of Taiwan. This subspecies was first described in 2002 but did not receive formal recognition until 2016. The population is small with fewer than 100 individuals remaining. It also has late maturity, slow reproductive rate, long calving intervals, and long periods of female-calf association.

In general, the Indo-Pacific humpback dolphin is easily distinguished from other dolphin species in its range. It has a robust body, a long distinct beak, a short dorsal fin situated on a wide dorsal hump, and round-tipped, broad flippers and tail.

The Taiwanese humpback dolphin is considered a generalist and opportunistic feeder that primarily eats fish. Although information on the subspecies’ feeding behavior and diet is limited, their diet is likely predominantly estuarine fish and occasionally cephalopods and crustaceans.

The Taiwanese humpback dolphin has a very restricted range as it lives in a very narrow strip of shallow, estuarine water off the coast of central western Taiwan with no evidence of seasonal movements. The total distribution of the dolphin covers approximately 466 square miles, but its core distribution encompasses only approximately 318 square miles of coastal waters. The population is largely concentrated between the Tongxiao River estuary and Taixi, which encompasses the estuaries of the Dadu and Jhushuei rivers, the two largest river systems in western Taiwan. This subspecies prefers shallow water of less than 65 feet deep and has never been observed in waters deeper than 98 feet. 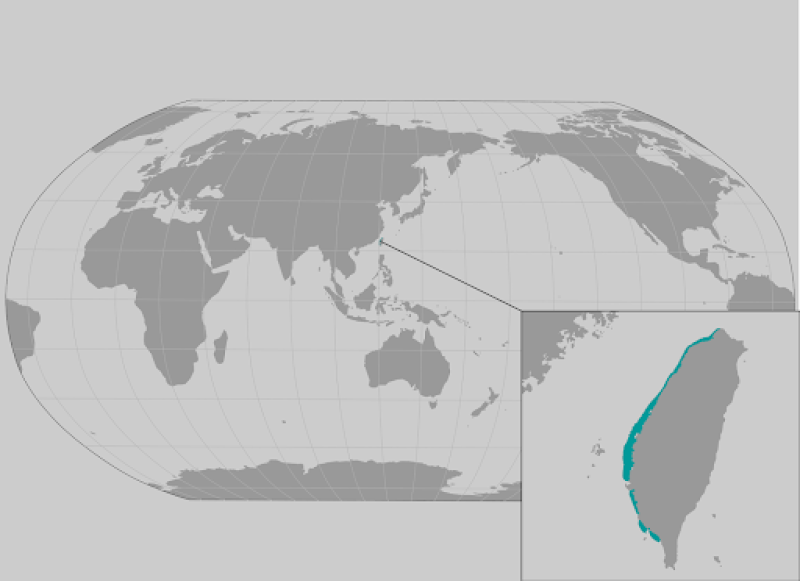 Information on the Taiwanese humpback dolphin’s life history is limited. The dolphin likely lives to approximately 40 years of age based on studies of closely related populations. Age of sexual maturity is 11 to 12 years. Pregnancy lasts 10 to 12 months and weaning may take up to 2 years. Mean calving interval is 5 years. There are strong female-calf relationships that may last 3 to 4 years. Births occur throughout the year but decrease in late summer and through mid-winter with the majority of the estimated births occurring in spring and summer. Average calving intervals (the time between the estimated birth months of two successive calves) is approximately 3 years.

Entanglements due to interactions with fishing gear are likely the most serious and immediate threat to the dolphin, which cause serious injury and mortality.

Ongoing coastal development in Taiwan, including land reclamation activities, freshwater diversion, and pollution are destroying and degrading the dolphin’s limited habitat. Development of wind energy can displace dolphins during construction, but is a more serious concern by displacing fishing activities into shallower dolphin habitat.

There are fewer than 100 Taiwanese humpback dolphin individuals remaining. It is listed as endangered under the Endangered Species Act.

Additionally, the Taiwanese humpback dolphin is listed under Appendix I of the Convention on International Trade in Endangered Species of Wild Fauna and Flora.

In 2016, NOAA Fisheries received a petition to list the Taiwanese humpback dolphin as threatened or endangered under the Endangered Species Act. In our 90-day finding, we concluded that the petitioned action may be warranted. After completing a status review, we proposed to list the subspecies as endangered and requested comments from the public. In May 2018, NOAA Fisheries listed the Taiwanese humpback dolphin as endangered under the Endangered Species Act.

In response to a petition by Animal Welfare Institute, Center for Biological Diversity, and WildEarth Guardians, we, NOAA Fisheries, are issuing a final rule to list the Taiwanese humpback dolphin (Sousa chinensis taiwanensis) as endangered under the…
Final Rule
,
National
Foreign

The 2018 status review report conducted on a petition to list the Taiwanese humpback dolphin, a…