Blue whales are classified as an endangered species under the Endangered Species Act; human activities may be responsible for hampering their recovery. 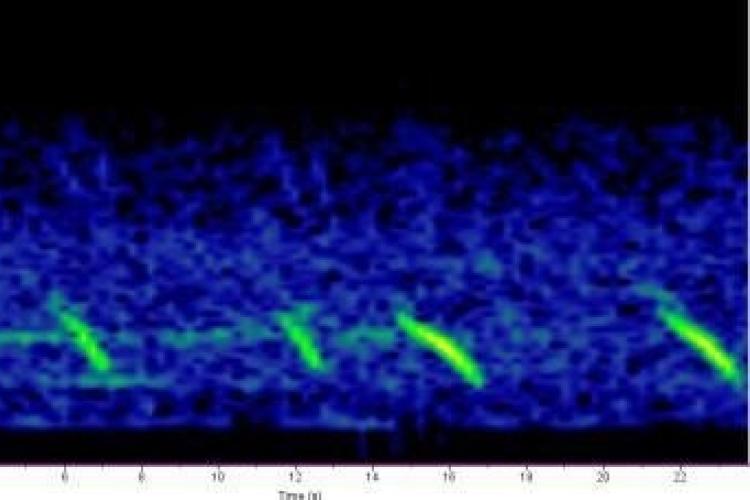 Despite the end of commercial whaling, many whale populations have been slow to increase in number. Blue whales are classified as an endangered species under the Endangered Species Act, and there is concern that human activities may be responsible for hampering their recovery, for example by deaths and serious injury caused by ship strikes. In 2007 there were four blue whales killed by ship strikes off California, the highest number recorded for any year (NOAA/NMFS/SWR Stranding Database, 2012).

A team of scientists led by Dr. Bruce Mate at the Marine Mammal Institute at OSU attached transmitters to 171 blue whales off California and in the Gulf of California in 1993 to 2008 and tracked their movements via satellite. These large whales can travel from the Gulf of Alaska all the way down to an area in the ocean near the equator known as the Costa Rica Dome (Figure 1). 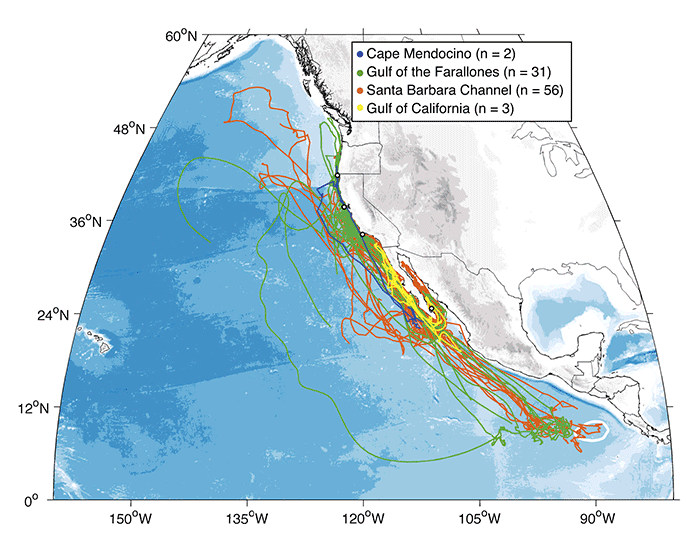 Figure 1: Map of the blue whale tracks. The colors indicate where the whales were tagged by the Marine Mammal Institute, OSU, and the small white circles show the tagging locations. The larger white contour is the average location of the Costa Rica Dome. Image from Bailey et al. 2009, Endangered Species Research.

The majority of Northeast Pacific blue whales spend the summer and fall feeding on krill in the waters off the U.S. West Coast. In this project we performed a detailed study of the blue whale tracks in this area. There was a high degree of variability in their movements, but also strong fidelity to the areas that coincide with ship traffic to and from the major ports of Los Angeles and San Francisco (Figure 2). The tracked whales most commonly occurred in the shipping lane area off Los Angeles in July to October, and off San Francisco Bay in August to November. 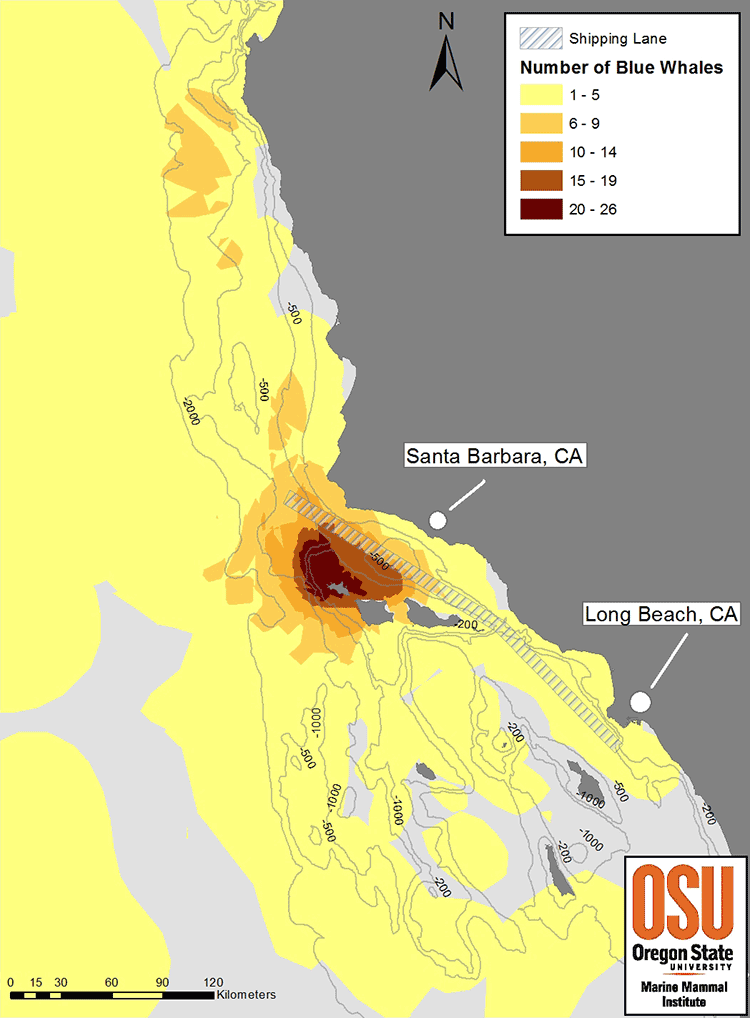 Figure 2: A map of an area frequently used by tagged blue whales off southern California (darker brown color shows most frequent use). Image adapted from Irvine et al. 2014, PLoS ONE.