A research station of the Northwest Fisheries Science Center.

The research station sits on a 22-acre site located on the west side of Puget Sound in Washington state. 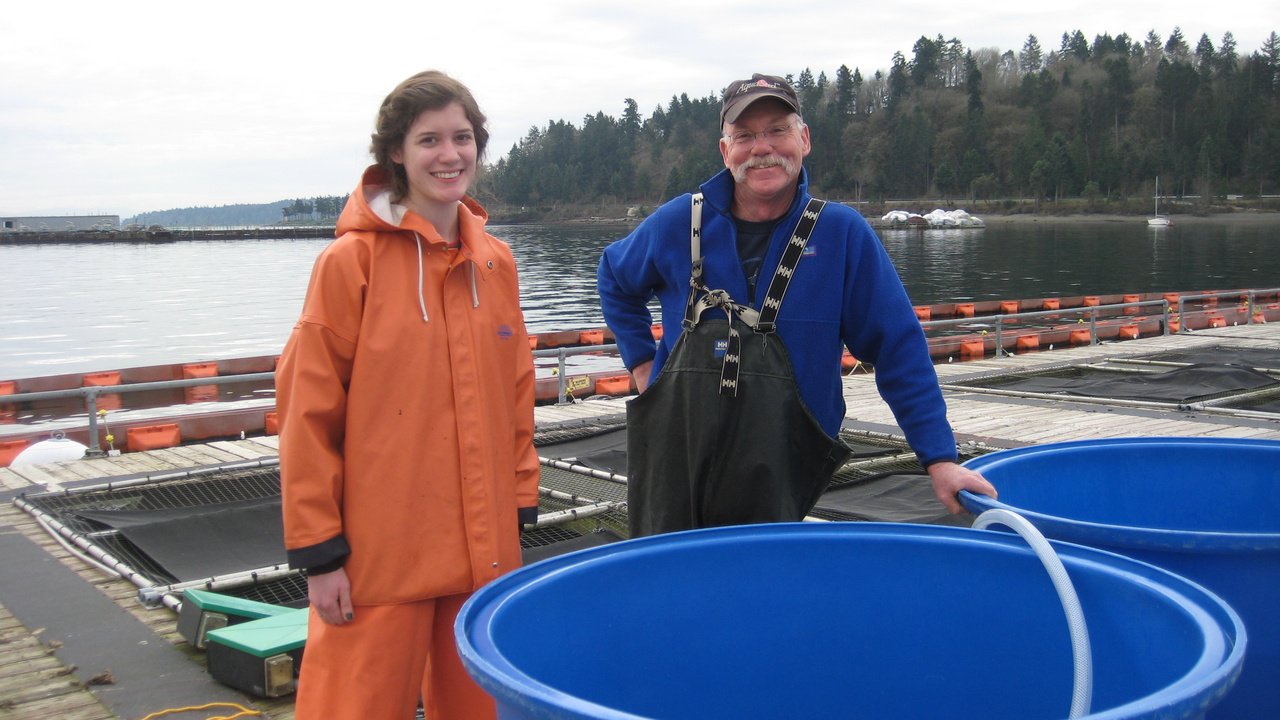 We study the behavior and ecology of salmon and steelhead and the biology and genetics of other marine organisms. We develop aquaculture technologies that optimize commercial production while conserving and restoring threatened and endangered species.

We are developing technologies to culture new fish and shellfish species and reform salmon hatchery practices through a mix of laboratory and ecosystem-scale studies.

Manchester was the first U.S. research facility to grow salmon in a marine aquaculture setting. Today we are one of a few research centers in the country capable of rearing the full life cycle of marine fish. Our unique floating net-pen complex allows us to assess the environmental impacts of commercial rearing activities. 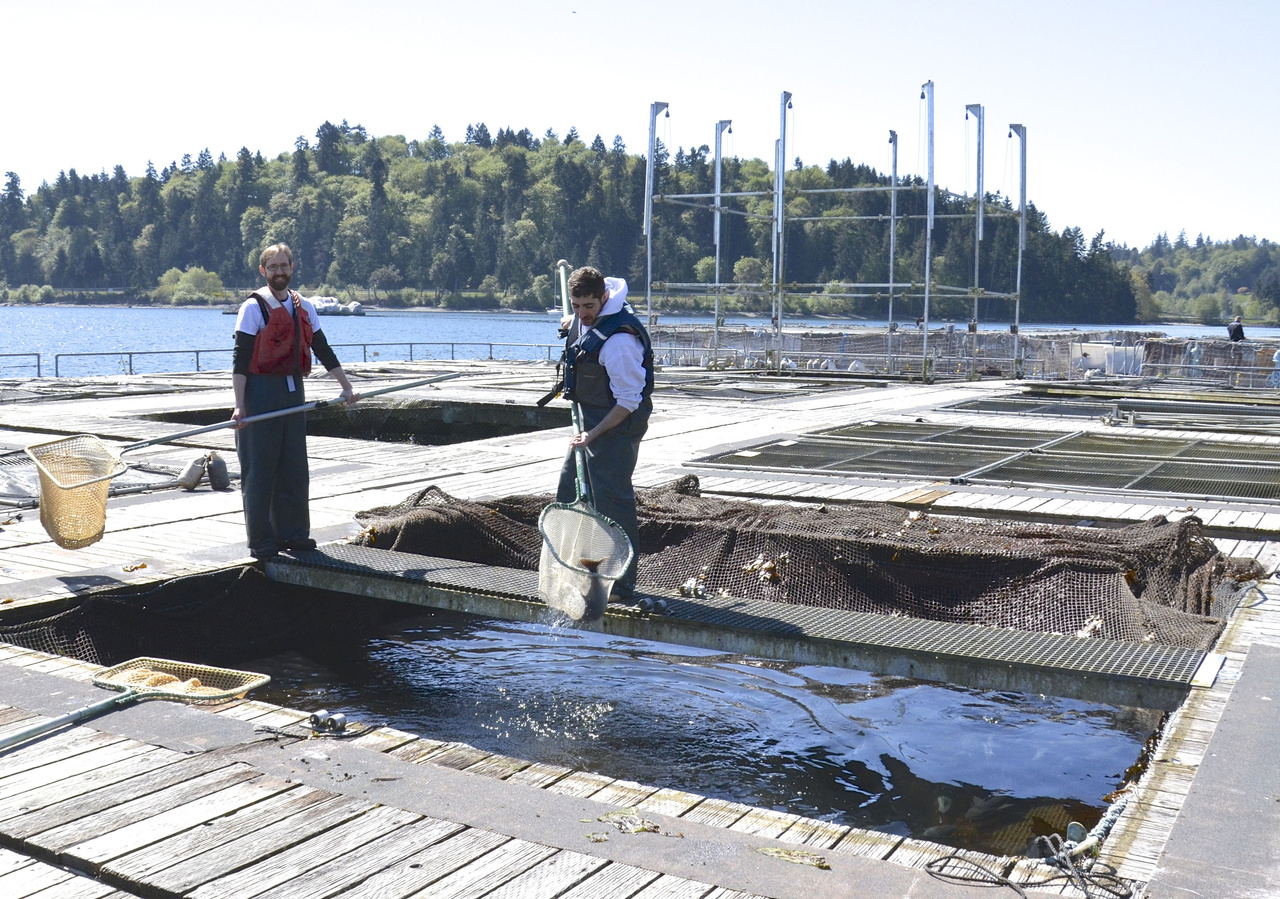 We also conduct pilot studies to evaluate the commercial prospects of raising new species, including sablefish, sea cucumber, and rock scallops. We are supporting industry efforts to develop disease-resistant Pacific oysters, and culturing macroalgae for alternative plant-based fish feeds and for human consumption. These efforts all aim to diversify and expand the potential for sustainable marine aquaculture.

In partnership with the Puget Sound Restoration Fund, we operate a native shellfish hatchery dedicated to research and restoration. Our conservation breeding program spawns, rears, and stocks millions of native Olympia oysters, restoring areas of Puget Sound that historically hosted extensive shellfish beds. This collaboration is restoring native populations of bull kelp, Olympia oysters, and pinto abalone, among others.

Our captive broodstock technologies aid the recovery of ESA-listed stocks of Pacific salmon. We culture Redfish Lake sockeye salmon, one of the region’s most endangered salmon stocks, to support genetic maintenance and rebuilding of the natural population. Since the 1990s, when only 16 adult fish returned to Redfish Lake during the entire decade, we have helped produce over 3.8 million eggs and 10,000 adult descendants, improving captivity survival rates to roughly 80% while retaining 95% of the original population’s genetic variability.

Conservation hatcheries rebuild depleted wild stocks by producing fish as closely equivalent as possible to local native stock. These fish can return to and spawn naturally in their original native habitat. Our scientists and partners are working on a long-term, controlled experiment (nearly two decades and counting) studying the conservation hatchery effects on three populations of Puget Sound steelhead. At the same time, we are developing new rearing strategies that account for different species’ natural life histories, reducing hatchery-caused selection and negative ecological impacts. These innovations are providing a scientific basis for the use of conservation hatcheries all along the Pacific coast. 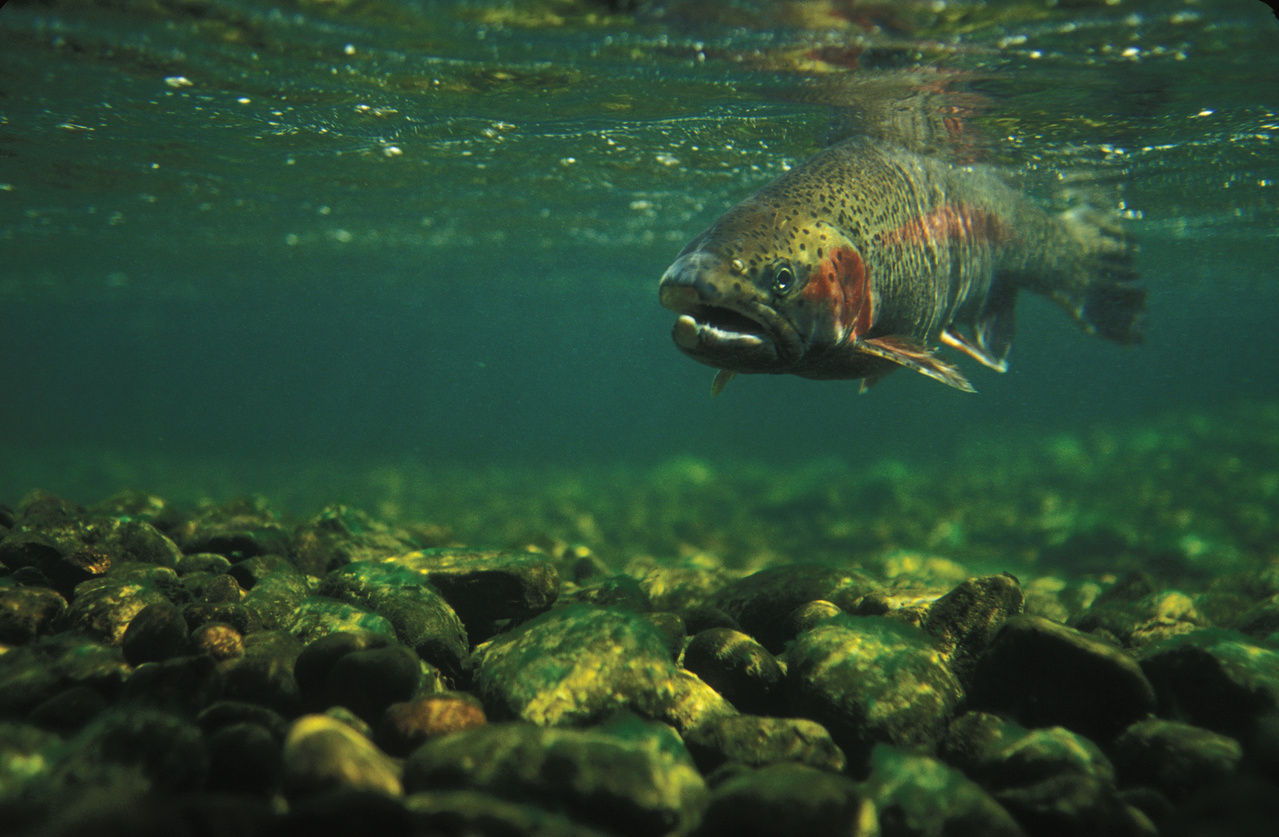 The U.S.–Canada Salish Sea Marine Survival Project, supported by Manchester scientists, is identifying the ecological factors limiting the survival of salmon and steelhead smolts on their migration to the Pacific Ocean. Our moored acoustic hydrophone telemetry array, deployed throughout Puget Sound, quantifies location-specific mortality and migration behavior. We are locating mortality “hot spots,” investigating their causes, studying the interactions of predators and prey, and determining the effects of the Hood Canal floating bridge on migrating steelhead.

Pop-up satellite tag (PSAT) technology is helping us determine where sablefish go during spawning and whether they stay exclusively at the bottoms of water bodies (the “benthic zone”). PSATs contain a data logger that continuously collects data on depth, temperature, and location; at a predetermined time, they detach from the fish and transmit their data to an orbiting satellite.

Through PSATs, we found that sablefish swim hundreds of meters up and down at night — likely chasing prey. Future studies will use this technology to identify spawning locations for other commercially harvested marine species, such as hake. 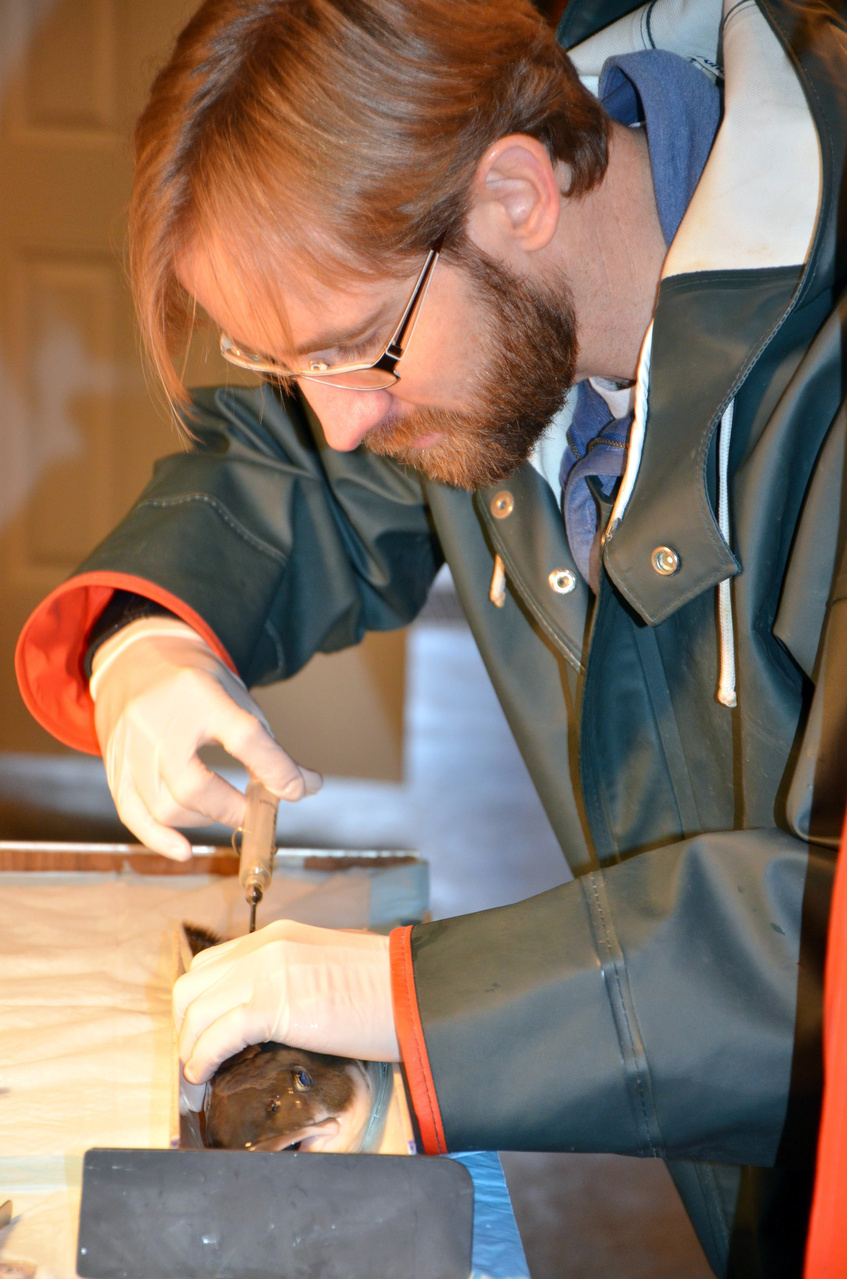