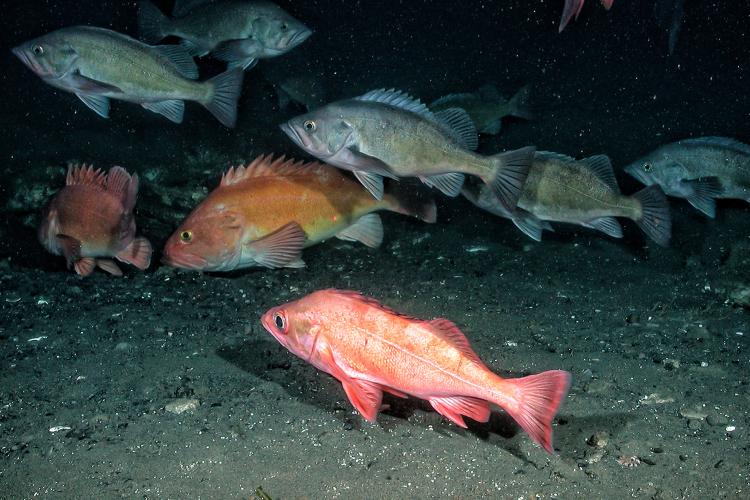 Current stock assessments predict on a single-species basis the short-term effects and yield obtained due to fishing pressure. However, these short-term projections tend to be based on fairly uncertain stock-recruitment relationships. Predation data will be incorporated into single-species stock synthesis models of Gulf of Alaska pollock and Bering Sea crab stocks in order to include pre-recruit mortality and to reduce recruitment uncertainty due to this mortality in our assessment process.

A multispecies virtual population analysis model where species are linked by predation has been parameterized for the eastern Bering Sea. We will be able to compare mortalities, abundances, and recruitments of fish populations obtained from this model with the single-species models currently being used for each species. New insights will be obtained on how production of commercially important species is affected by multispecies interactions.

Because most predation mortality occurs at young ages, the effects of multispecies interactions need to be assessed in the long-term. Strategic assessment of long-term consequences of various fishing strategies on the multispecies groundfish complex can be made through multispecies yield-per-recruit models and forecasting with results of the multispecies virtual population analysis model. These models will allow us to evaluate the effects of different fishing strategies on the total yield from the groundfish complex as a whole.

Stomach samples from many species have been collected and analyzed since the 1980s. For each predator listed in the menu below, the total number of…