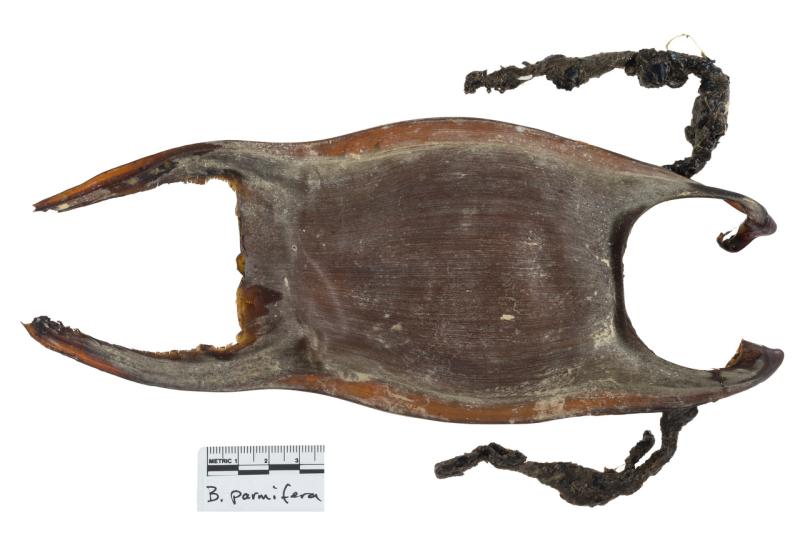 Skates are an important predator and widely distributed across Alaska marine ecosystems. There is interest in developing commercial fisheries for them. However, skates are vulnerable to fishing impacts because they typically develop slowly and do not reproduce until later in life.  Science can provide a basis for ensuring sustainable fishery development and helping to protect critical life stages and habitat.

NOAA Fisheries scientists conducted an important genetic study using next-generation gene sequencing of skates in Alaska. It confirms that egg case nurseries are essential to the genetic diversity and evolutionary success of these shark relatives. It also revealed something unexpected.

”We set out to use genetic analysis to find out how the two most abundant skate species in the Bering Sea are using nursery areas. How important is each nursery area? Are different nurseries used by distinct components of each species?” said Ingrid Spies, biologist at NOAA’s Alaska Fisheries Science Center, who led the study. “We found answers to our questions, and a surprising result.

Did we accidentally discover a new species?”

Sharks and skates share an ancient lineage. Skates are distinguished by their flat body shape, suited for life near the seafloor. They are sometimes called "flat sharks".

Skates are among the most vulnerable species in Alaska ecosystems. These large,  long-lived fish grow slowly, mature late, and produce few offspring.  All of this means skate populations are highly susceptible to the impacts of fishing and environmental change.

There is currently no targeted commercial skate fishery in Alaska. Nonetheless,   skates are vulnerable to capture as they are caught unintentionally in other fisheries. Interest in developing a targeted skate fishery has grown as Alaskan communities seek to strengthen their economic resilience under changing environmental conditions.

Ensuring the sustainability of skate populations is a priority for NOAA Fisheries as part of an ecosystem-based approach to managing Alaska’s valuable fisheries. To effectively manage skate populations and potentially develop a profitable fishery, it is essential to understand the significance of their egg case nurseries. 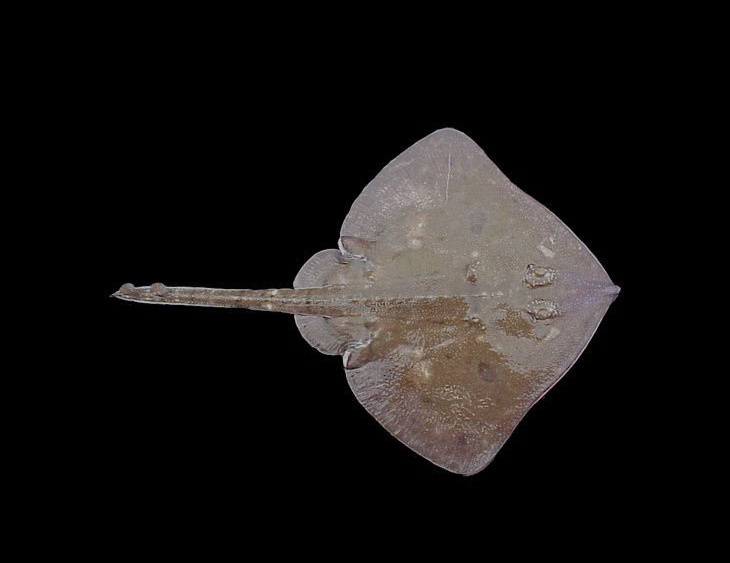 The Alaska skate reaches reproductive maturity at 10 years and can live for 17 years. Photo: NOAA Fisheries. 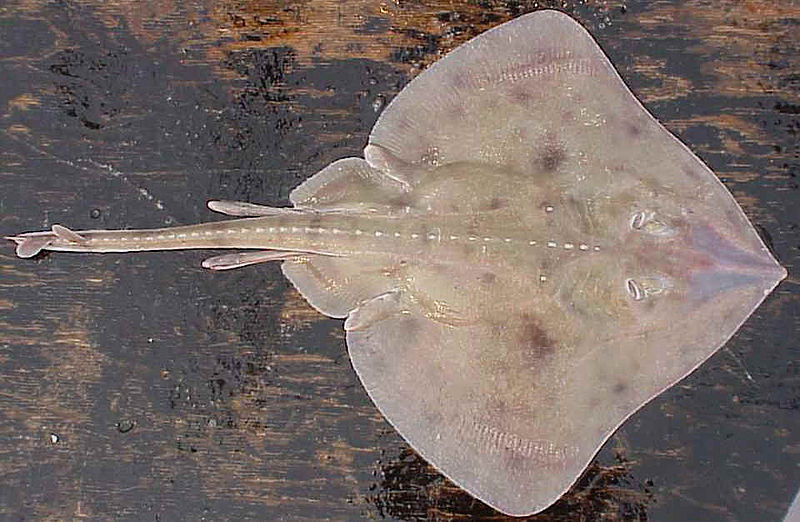 The deep-dwelling Aleutian skate can grow to over 5 feet in length. Photo: NOAA Fisheries.

Skate Nursery Sites: What Role Do They Play in Preserving Genetic Diversity?

Skates produce their young in distinctive “mermaid purse” egg cases, familiar to beachcombers.  The female skate is very particular about where she deposits her egg cases: the location must have the right slope, temperature, and oxygen level. 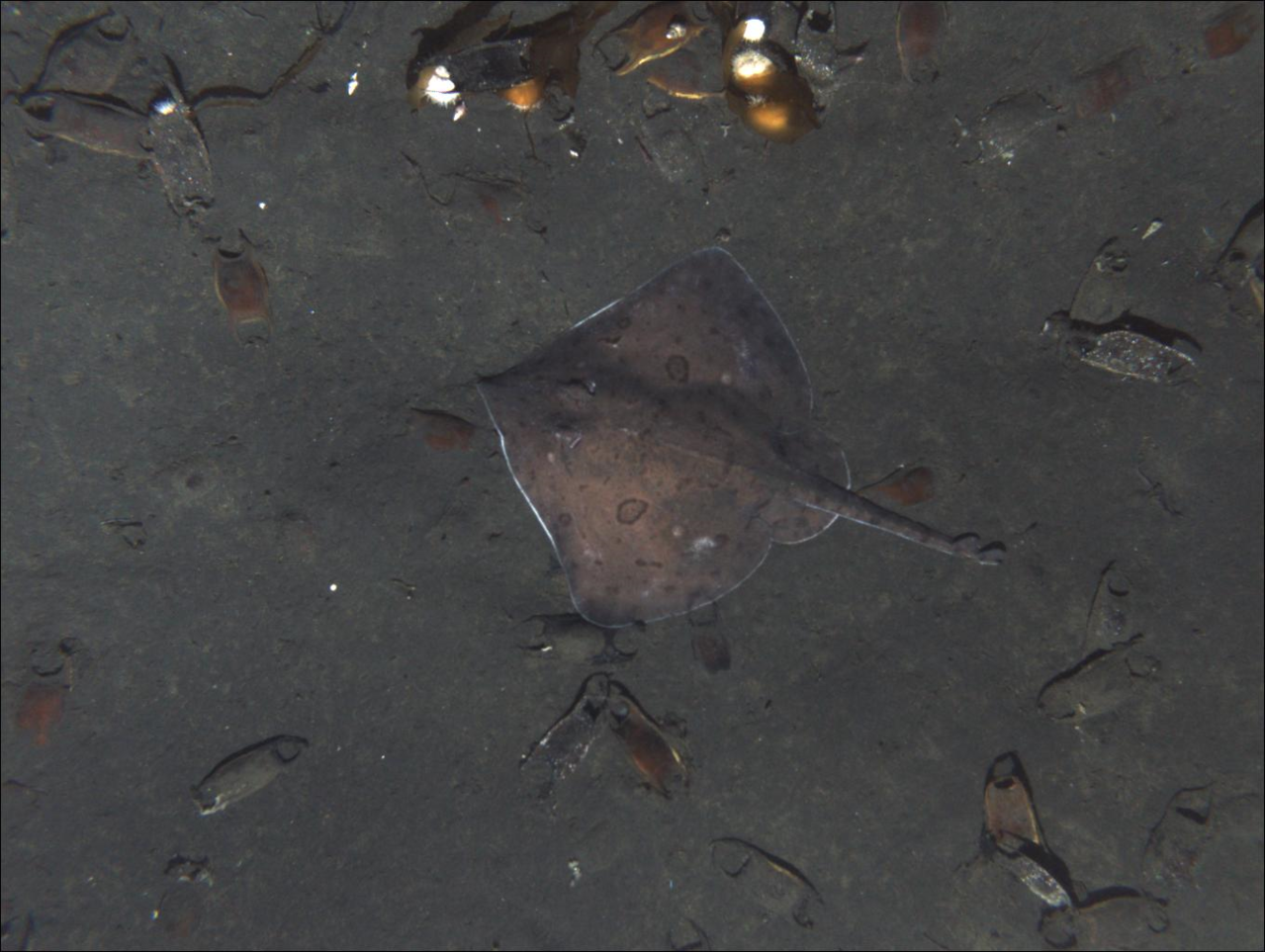 A skate nursery may support as many as 50,000 egg cases in a square kilometer area. Embryos develop there for as many as 5years before they hatch—one of the longest gestation periods of any vertebrate. 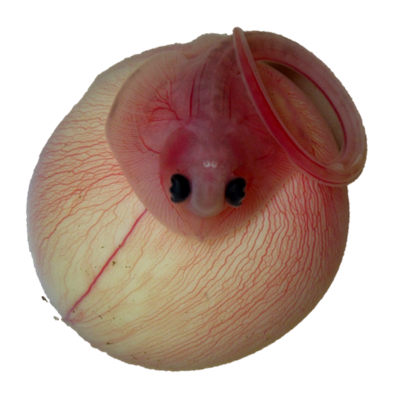 Scientists and fishery managers have recognized the importance of nursery sites as essential habitat for skates.

“It all started with Jerry Hoff’s research on skate nursery areas in the Bering Sea,” said Spies.

But the reproductive behavior of skates associated with their nursery areas is still not fully understood.

“We have evidence that skates return to the same sites each year, similar to salmon returning to the streams where they hatched. If that is true, it has direct implications for conservation measures to protect habitat,” Hoff explained. “We needed to understand how unique or isolated each skate egg nursery site may be, and to what degree each site contributes to the genetic diversity of the population.” 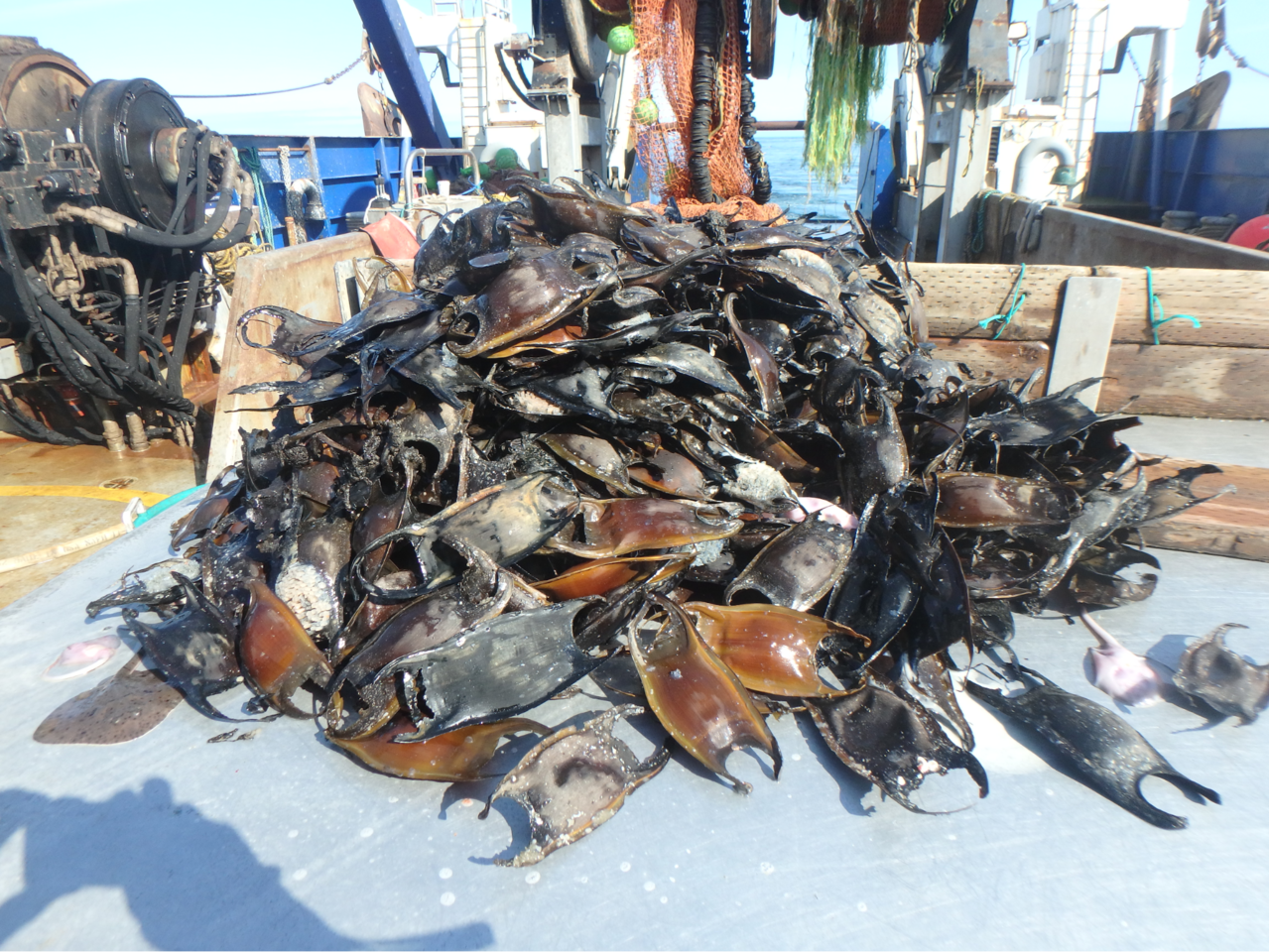 A sample of Alaska skate egg cases from which embryo DNA was extracted. Photo: NOAA Fisheries.

To begin to understand the relationship between Alaska skates and their nursery areas, the team turned to next-generation genetic sequencing methods.

“We asked: does skate embryo DNA differ among nursery areas?

Is it more different among sites than within?” Spies said 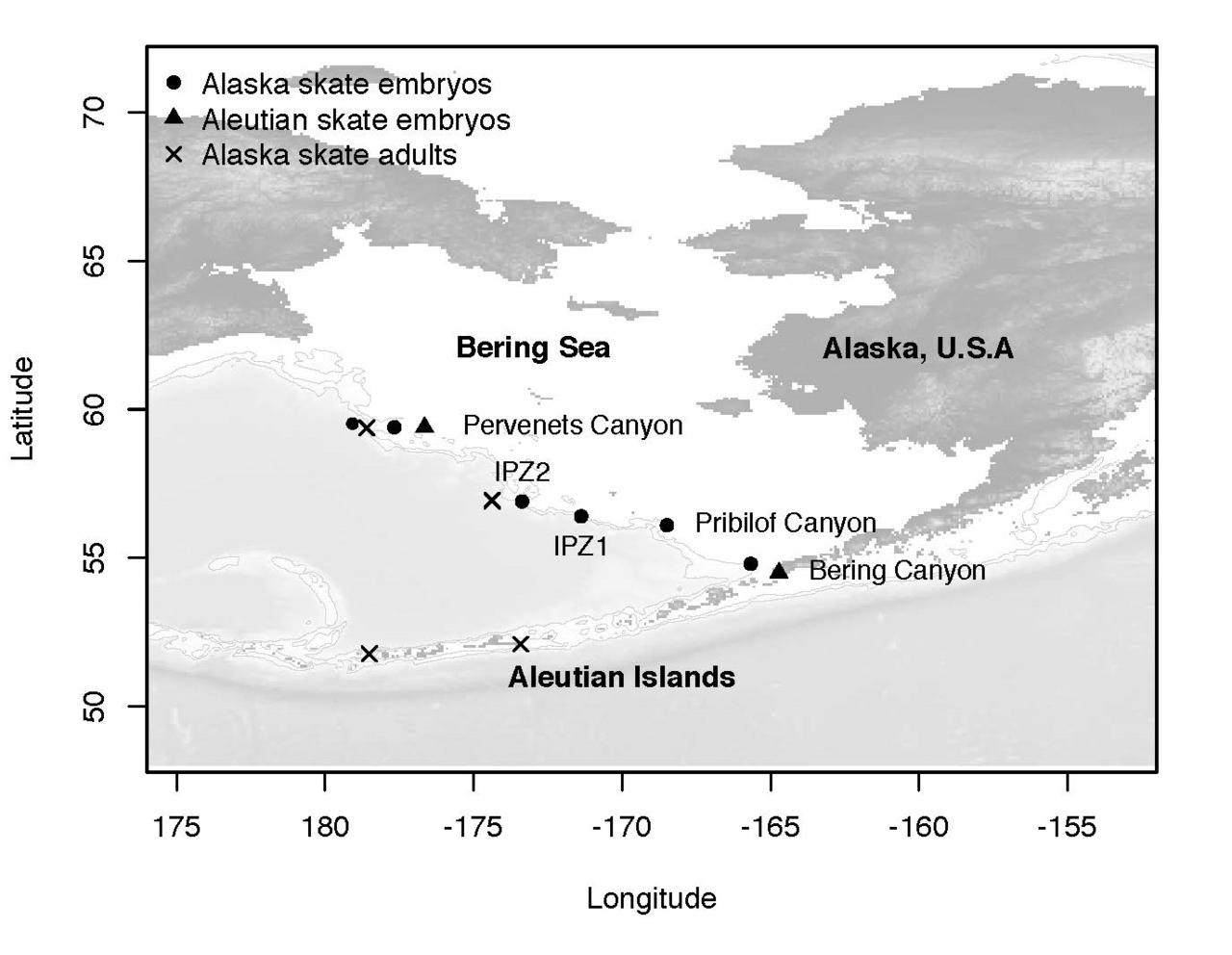 Skate embryos were collected for genetic analysis from seven nursery areas in 2006, 2007, and 2016. Adult Alaska skates also were taken from several locations in the eastern Bering Sea and eastern Aleutian Islands.

Scientists extracted DNA from embryos and adults. They then compared single nucleotide polymorphisms, or SNPs (pronounced “snips”) to determine how closely related skate embryos were within and among nurseries. 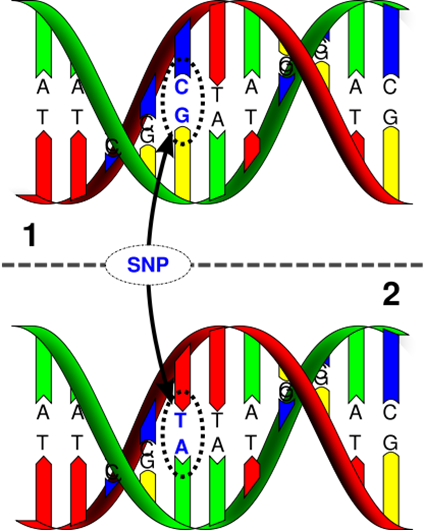 SNPs are a type of genetic variation within DNA that is passed from parents to offspring. SNPs will match among siblings and other close relatives. There will be far fewer matches among distantly related or unrelated individuals. Thus SNPs provide insight into the degree of relatedness or kinship among individuals. Figure: NOAA Fisheries.

Results of the study answered several of the researchers’ questions, and raised some new ones. 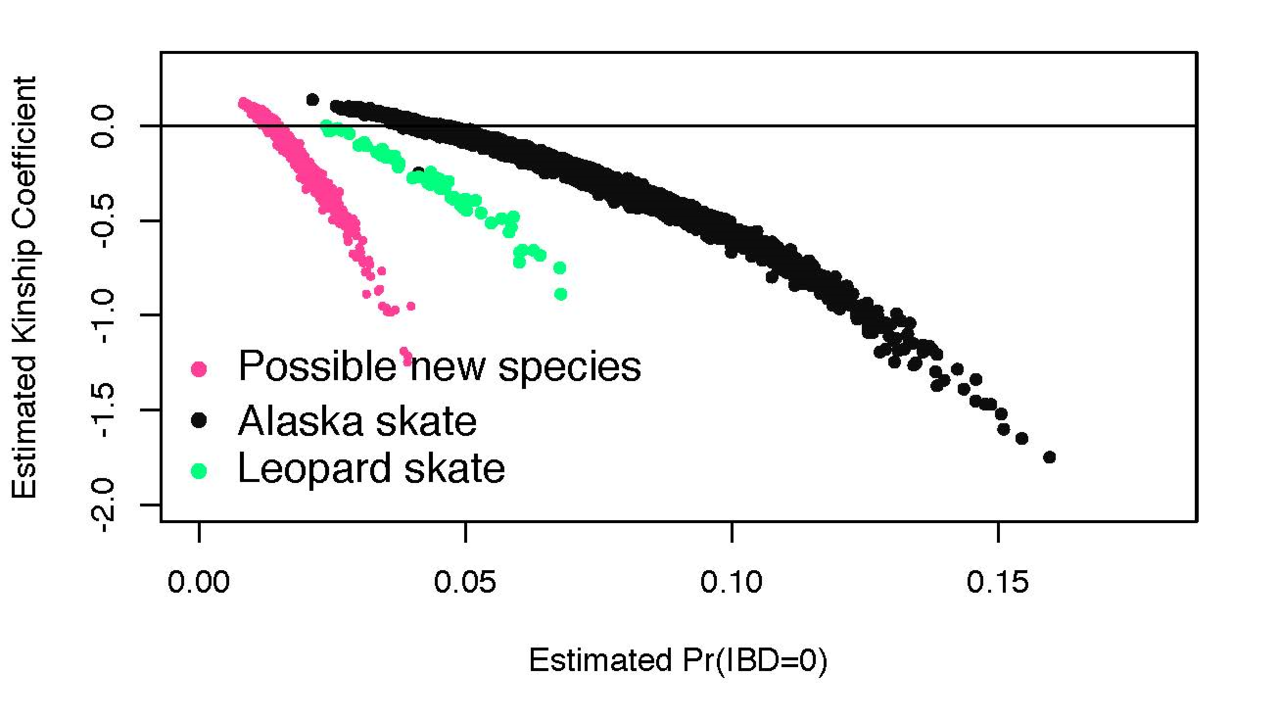 Embryos of the possible new species are visually indistinguishable from those of the Alaska skate, but more genetically distant than the visibly distinct leopard skate. Figure: NOAA Fisheries. 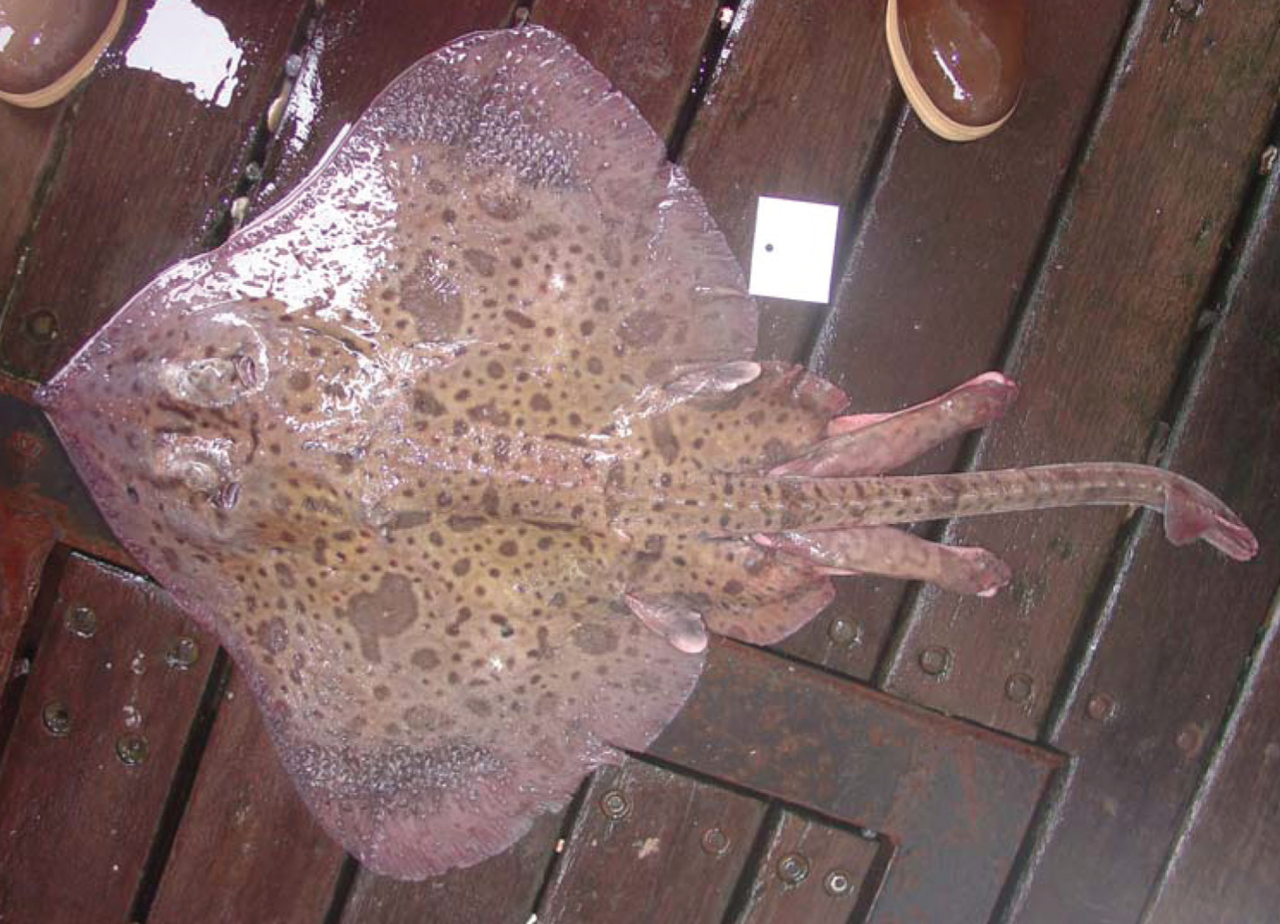 Nursery Areas as an Evolutionary Strategy

“The results of this study are significant because they justify the importance of nursery areas as essential habitat to conserve genetic diversity in Alaskan skates,” Spies said. “Our findings back up Hoff’s idea that nursery sites should be protected as habitat areas of particular concern.”

“The genetic component of our research demonstrates that the use of skate nurseries is not equal across the study area or the population. It reinforces the idea that skate reproduction is a complex system with many factors driving when, where, and how they use egg nursery sites,” said Hoff.

“We’ve probably only begun to understand the complexity of skate reproduction,” said Spies. “Think about nursery areas as an evolutionary strategy that supports the genetic diversity and evolutionary success of these species. Nursery areas are not only important for components of the population. Multiple nursery areas offer genetic diversity to the species to meet the ecological challenges they may face in a changing Alaska.”