Illuminated Nets Could Provide A Brighter Future For Sea Turtles 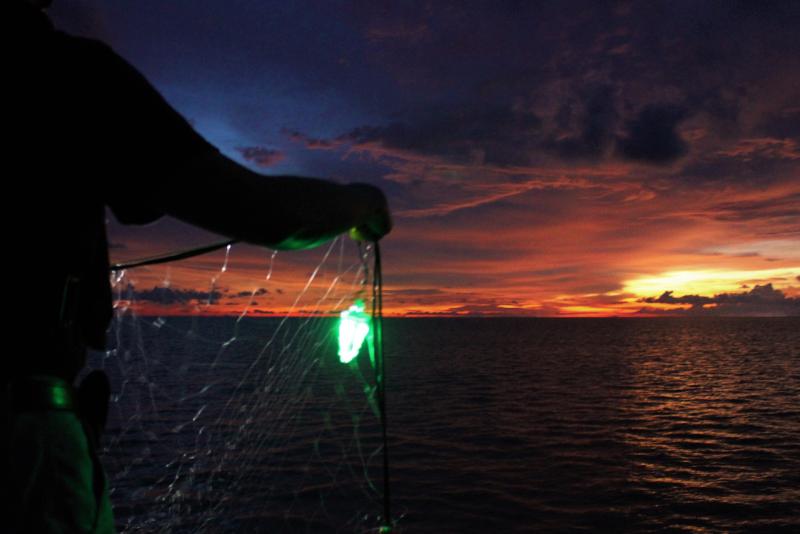 Gillnet fisheries operate by suspending a wall of netting in the water column. When fish and other marine animals encounter these nets, they often become entangled. 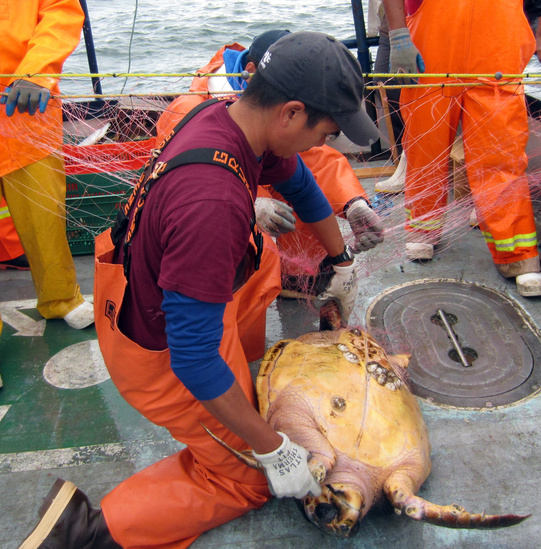 NOAA Fisheries scientist John Wang disentangles a loggerhead sea turtle caught in a gillnet. Loggerhead bycatch in coastal gillnet fisheries off the coast of Mexico is thought to be a major threat to the North Pacific loggerhead population. Credit: NOAA PIFSC.

Gillnets are one of the most common types of fishing gear and are used extensively in most places where people fish for food, either commercially or for local consumption.

Unfortunately gillnets are not selective in the species that they catch. Sea turtles are one of the most common bycatch species that become entangled in these nets. Marine mammals, seabirds, and sharks are also frequently caught in gillnets across the globe.

A Win-Win for Fishermen and Sea Turtles

In North Carolina, inshore state gillnet fisheries are carefully managed to reduce bycatch of sea turtles. Researchers from Duke University and NOAA Fisheries are collaborating with North Carolina coastal fishermen and the North Carolina Fishermen’s Association. They are testing the effectiveness of net illumination in the coastal flounder fishery. Initial studies indicate that net illumination does not change target catch rates and may decrease the bycatch of unwanted fish species. These findings could one day provide more options for fishermen to continue fishing.

Additional Research and Next Steps 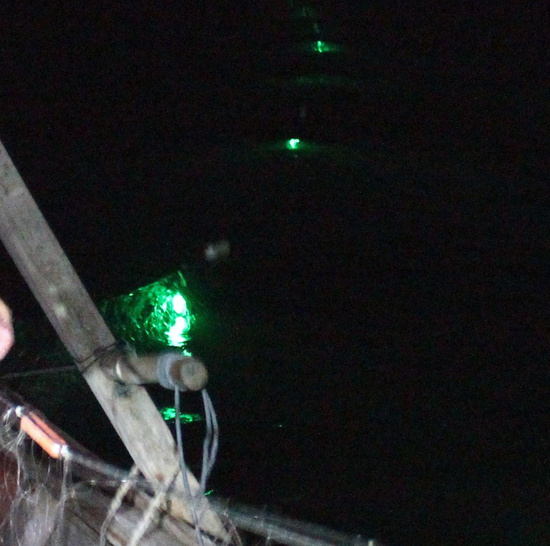 When illuminated by LED lights, nets create a visual cue that helps sea turtles avoid becoming entangled, while at the same time maintaining the target catch and catch value for the fishermen. Credit: NOAA PIFSC.

John Wang leads gillnet bycatch research at the NOAA Pacific Islands Fisheries Science Center. He and his colleagues studied sea turtle vision and tested LED lights in different wavelengths (green, orange, ultraviolet) to see if they had different effects. All of the lights reduced sea turtle bycatch at a similar rate without impacting target species catch.

Scientists are also investigating the effectiveness of sound as a deterrent. They have equipped nets with audio devices that emit an acoustic signal to alert turtles to the net and deter them. Wang said the next step is to combine the two existing approaches—lights and sound—into one gillnet experiment, to see if this combination can reduce bycatch even more.

Ultimately, Wang hopes that these gillnet bycatch reduction techniques can be used in international communities in Indonesia and the Philippines to protect the highly endangered Pacific leatherback turtle. “These turtles migrate vast distances across the Pacific, traveling from Indonesia to the U.S. Pacific Islands and back many times during their lifetime,” he explained. “If we want to protect our species and fisheries, we need to work to implement better practices worldwide.” 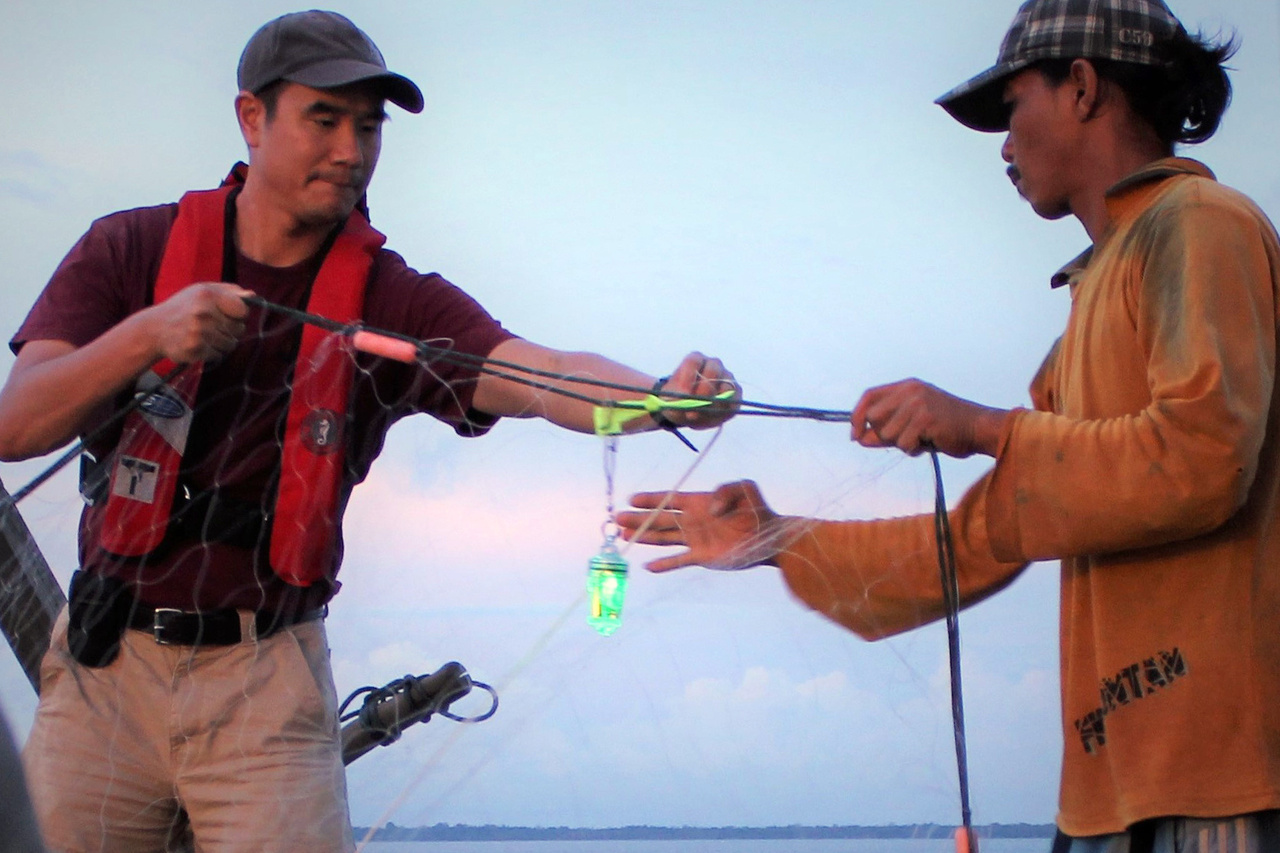 John Wang (left) and NOAA’s Pacific Islands Fisheries Science Center have been collaborating with fishermen throughout the Pacific to develop, test, and increase adoption of sea turtle bycatch reduction technologies. Working with Indonesia fishermen in the South China Sea, the use of LED lights to illuminate nets has been shown to be an effective method of reducing sea turtle interaction. Credit: NOAA PIFSC.

Bycatch remains a major barrier to sea turtle recovery, but these promising new techniques are proving that gillnet fishery interactions may be significantly reduced with simple, relatively accessible solutions available to communities around the world.

Last updated by Office of Protected Resources on August 28, 2022