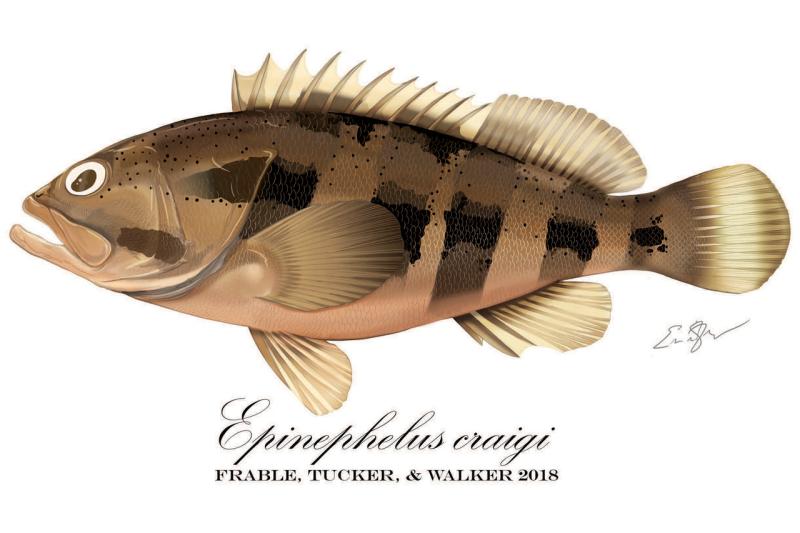 The five-bar grouper, Epinephelus craigi, was previously mistaken for a similar species, Epinephelus stictus, until Dr. Matthew Craig’s colleague, Sarah Tucker, discovered differences in their appearance and DNA. Epinephelus craigi was officially described in the November 2018 issue of Ichthyological Research.

We asked Dr. Craig about the new species and how DNA testing and other technological advancements are revolutionizing the ways we identify and manage marine species.

How did you come to have a new grouper named after you?

Early in my career I started working with groupers and have become somewhat of a grouper expert, and wrote a book called, Groupers of the World. In the case of this new grouper, there was one original species description based on a few different specimens, but there were actually two different species among those specimens. 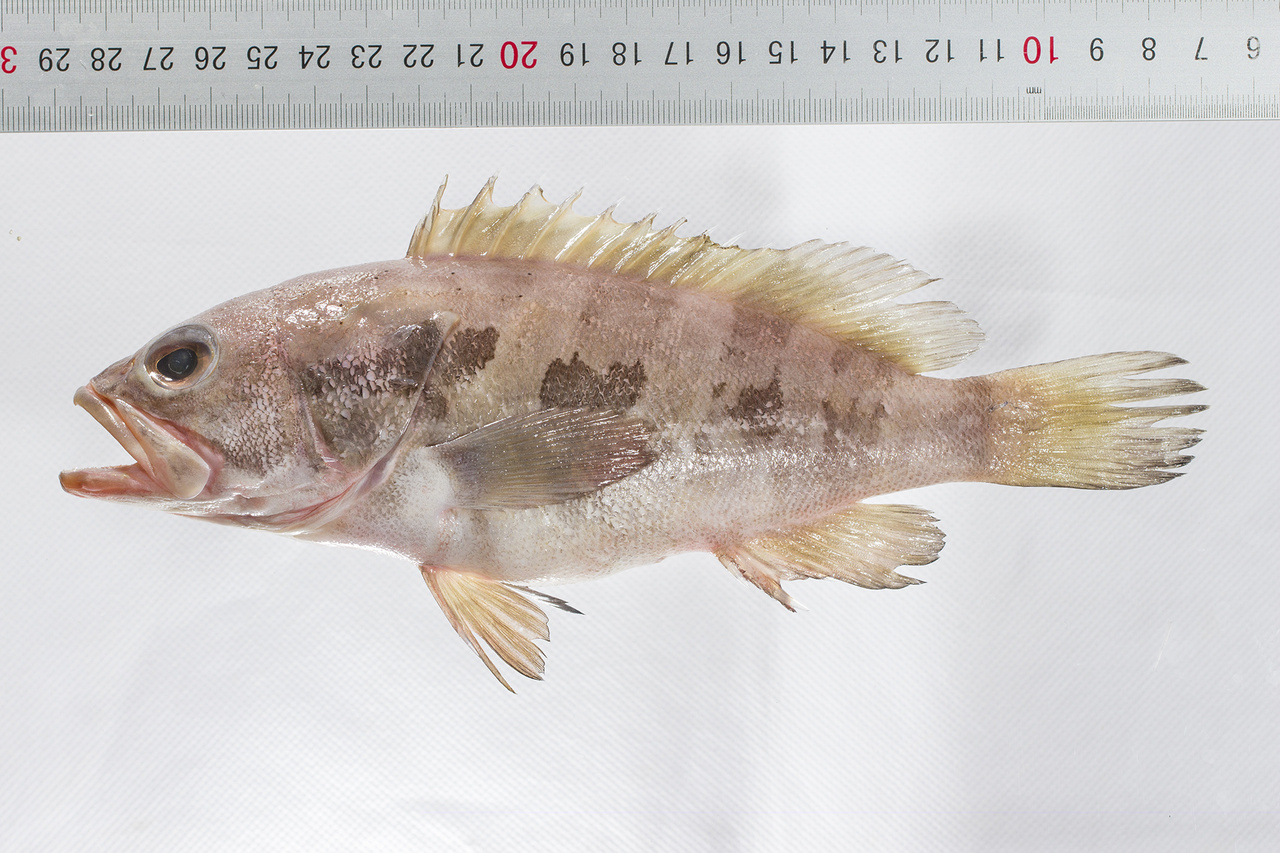 A photo of Epinephelus stictus, the grouper species that was previously confused with Epinephelus craigi. Credit: Liu Min.

Sarah Tucker was an undergraduate student in Indonesia whom I met and mentored while doing work there. She has since joined the graduate department at Hawaii Institute of Marine Biology, but she picked up on this misidentification problem in the South China Sea and got in touch with Scripps Institution of Oceanography (co-authors Frable and Walker, Jr.) and they put together the description of the new grouper species, E. craigi.

It’s a great honor, though I would like to highlight the grouper more than myself.

Environmental DNA (eDNA) is a relatively new approach that allows us to collect genetic material from seawater samples and assess which species were recently present. What is the optimal timeframe for collecting eDNA?

That’s one of the ground-truthing aspects we’re working on now—how long does a fish have to be in the area to be detected, how much DNA is shed off, and what is the decay rate of that DNA? Skin cells are the most common eDNA sample and at some point those cells will break down in the environment, so people are studying how long the DNA stays of good quality for genetic analysis.

How do you foresee NOAA using eDNA in the future?

We’d like to use eDNA to improve our fish stock assessments. At the Southwest Fisheries Science Center, we focus on coastal pelagic species, like sardines, anchovies, and mackerel. eDNA is really good at telling us which species are there and which are not. In the future, we’d like to be able to sample the water and see not only if our focal species are there, but how many individuals of those species are in a particular area.

Saildrones and other autonomous equipment have become quite popular. How is new technology revolutionizing your genetic work?

The cost of field research is increasing every year. NOAA’s research vessels cost quite a bit and personnel time costs a lot too, so anything we can do to reduce cost and get to places where we couldn’t before is helpful. With Saildrones, we’ll potentially get more cost-effective data collection in the nearshore habitat (where many of those important coastal pelagic species live). There’s new technology in development to take water samples and extract eDNA via Saildrone. New technology always takes a little time to accept, but it’ll really be a breakthrough. It doesn’t replace people in the field but it can augment our work tremendously.

How are you applying these new technologies? What other species do you typically study at the Southwest Fisheries Science Center?

We’ve been doing quite a lot of work on abalone. There has been a big push to grow abalone in the lab and outplant them to help them recover in the wild.

I study the genetics of the abalone brood stock in the lab, so if you take a genetic sample from an abalone in the wild, you can determine if it was an outplant from a lab or a wild abalone. We also do a lot of work with yellowtail jack and managing aquaculture to improve output from their brood stock.

You were co-author on a study that revealed there are actually six distinct species of opah in the Pacific Ocean, instead of just two as previously thought. From a fisheries management perspective, why is it important to know there are multiple species?

I’ve heard a little about near-infrared spectroscopy of otoliths (otoliths are ear bones found in bony fishes, and they have tree-ring-like growth patterns called annuli that indicate the fishes’ approximate age). Can you explain this new method and how it is improving our research efficiency?

We can now train a computer to measure reflectance of light at different wavelengths to identify growth rings for us. This removes any observer bias and the computer is keener than the human eye. As fish get older, the rings get closer together and you need magnification to see them, so spectroscopy really speeds up the process. While we can never replace the human element in field and lab work, all of this new technology is designed to increase efficiency, which can make us better at reaching mission goals and saving money.

Last updated by Office of Communications on March 05, 2019