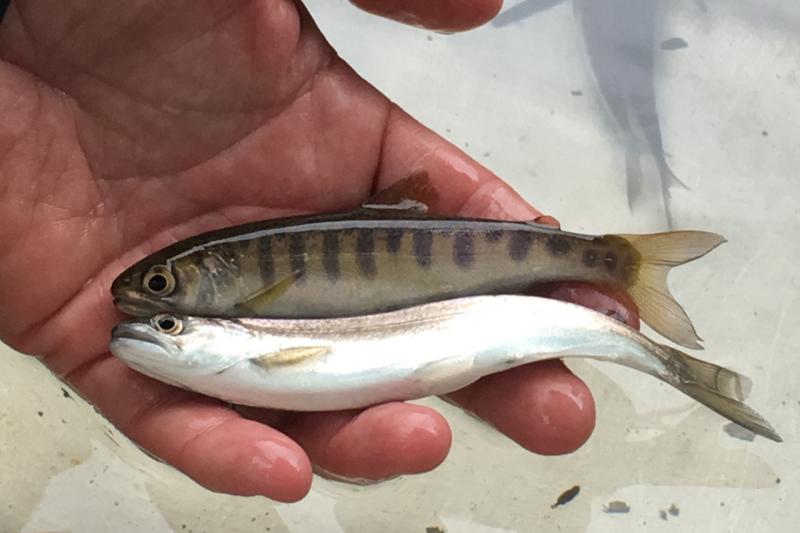 A recent collaboration provided both state-of-the-art fish passage and power generation affording many benefits to this river system and the surrounding communities. NOAA collaborated with 33 partners, including Portland General Electric, to construct fish passage at their hydroelectric project. Partners engaged in this process included state and federal resource and land management agencies, tribal organizations, and recreational groups.

Both upstream and downstream passage was necessary to allow migrating fish full access to this river system. Adult fish entering the Clackamas River from the Pacific Ocean need upstream passage to access spawning habitat. Young fish need downstream passage to leave the river and enter the ocean to feed, grow, and mature. After careful planning, designs were developed that fit the unique characteristics of each dam and the needs of the different fish species. Several types of fish passage were installed. 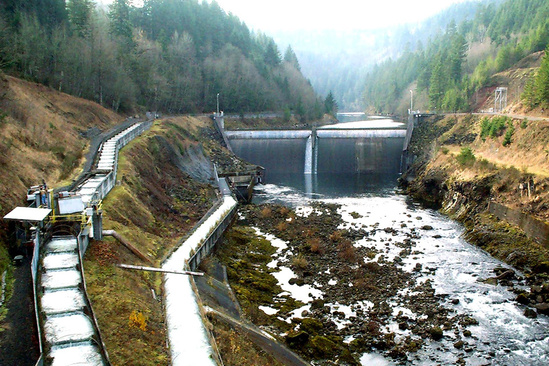 The lower portion of the longest functioning fish ladder in the world, on the Clackamas River, helping fish go upstream.

One way to help fish access habitats which are upstream from a dam is to construct a fish ladder. A fish ladder is a series of water-filled steps with pools that allow the fish to climb up and pass over the dam. At both River Mill and North Fork dams, new and improved fish ladders allow fish to pass upstream and reach their spawning habitat. The two-mile-long North Fork fish ladder is one of the longest functioning in the world.

To assist young fish leaving the Clackamas River for the Pacific Ocean, a state-of-the-art collection facility was constructed including a seven-mile-long pipeline that quickly and safely transports fish past all three dams, near the 97 percent survival rate goal. This type of downstream passage helps young fish avoid contact with any power-generating turbines that can harm or kill them. To guide fish into this downstream pipeline, a floating surface collector was installed at North Fork dam in 2015 which attracts and guides young fish into the pipeline using their natural behavior. After passing through the entire pipeline in about two hours, young fish safely re-enter the river and continue to the Pacific Ocean. 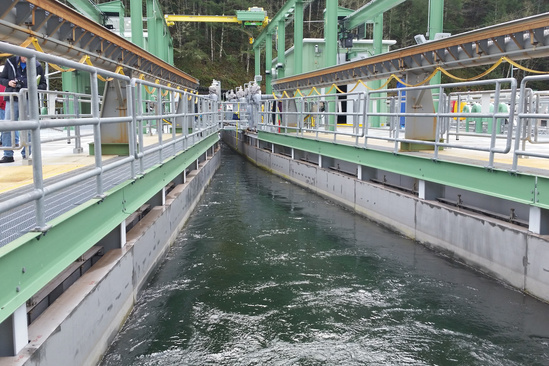 Developing these fish passage improvements at the Clackamas Hydroelectric Project involved a highly collaborative effort among many partners and took years to complete. Fish can now migrate up and down this river and power generation continues thanks to the dedication and hard work of NOAA and our partners. 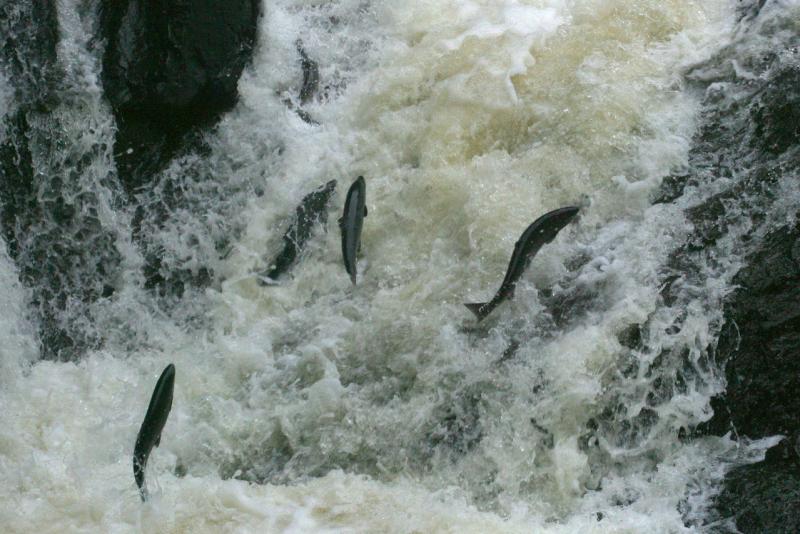 Last updated by Office of Habitat Conservation on May 16, 2018