Seal Ecology and Assessment Research in the Northwest Atlantic

We study the ecology of seals in the Northwest Atlantic to support conservation management and promote public stewardship of a healthy and diverse marine environment. 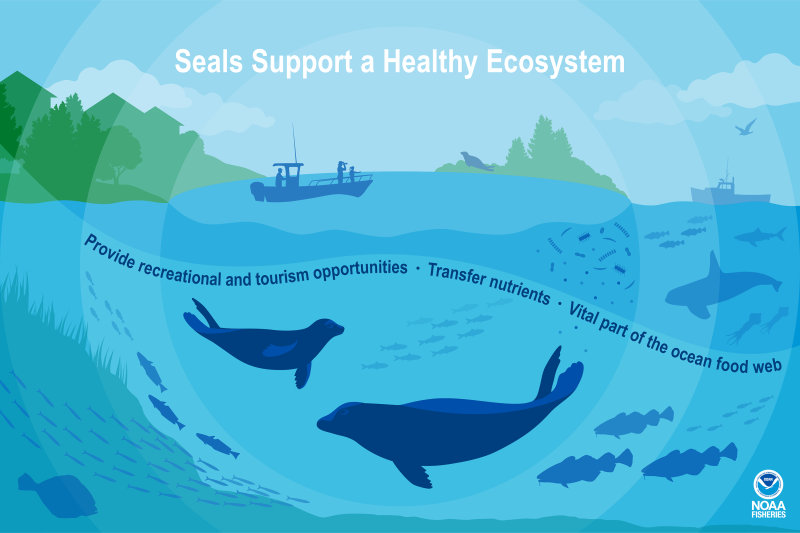 There are two main species of seals that breed and forage in the U.S. Northwest Atlantic: harbor seals and gray seals. We research these seal populations to learn more about how many there are, where they live, and what they eat. This helps us understand their role in the ecosystem, and how they might be affected by factors like changing climate conditions.

Our seal research program focuses on harbor seal and gray seal ecology, principally in New England and Mid-Atlantic waters from Maine to Virginia. We monitor the abundance of both populations primarily using aerial photographic surveys along important haul-out sites such as beaches, sand bars, jetties, ledges, and rock piles that seals use to rest and give birth. 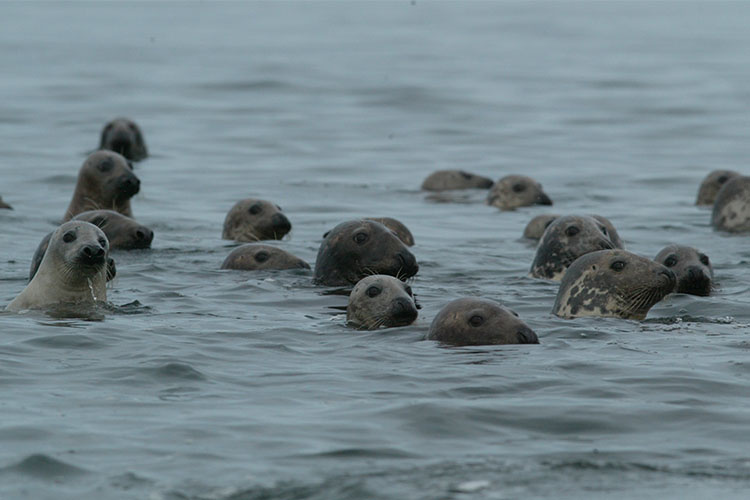 We conduct harbor seal abundance surveys along the coast of Maine in late May to early June to coincide with the peak pupping period. These surveys provide an index of the number of pups born and of the total population. We conduct gray seal abundance surveys during the pupping season in January at colonies in Massachusetts and Maine, with the main goal of monitoring the annual number of pups born. We also conduct seasonal surveys at other times of year along coastal waters to monitor both harbor seal and gray seal abundance and habitat use. We use both manned and uncrewed aircraft to monitor the seal populations. 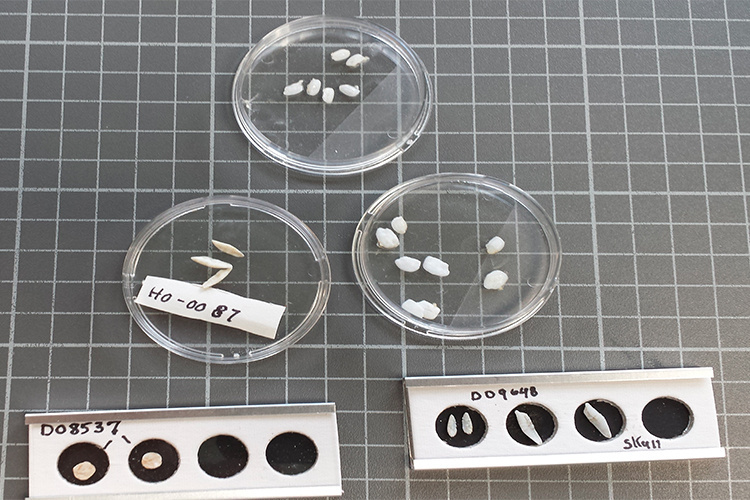 Using multiple approaches to estimate diet composition improves our understanding of what seals eat and how this varies in space and time. We examine harbor seal and gray seal diets by the following methods:

Our staff have recently begun to experiment with using DNA in stomach contents to identify prey, and also work with research partners who study diet via stable isotopes in hair and blood. We will integrate this information into ecosystem models so we can better understand the nutritional relationships among marine species and how much seal predation contributes to natural mortality of commercially important fish stocks.

We capture and tag harbor seals and gray seals to improve estimates of abundance and to better understand habitat use at sea and on land. Satellite tags provide information on seasonal movements throughout U.S. and Canadian waters as well as haul-out and diving behavior. In addition, longer-lasting acoustic tags provide information on the presence and survival of individual seals in particular areas. See satellite tracks of gray seal pups tagged in 2022. 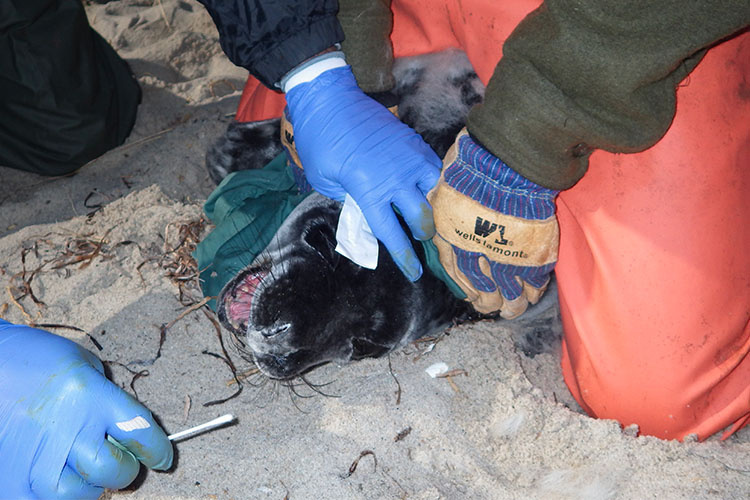 We also live-capture and sample harbor and gray seals. We work closely with our academic, government, and non-government research partners to conduct captures and to collect and analyze tissue, serological, and genetic samples. From these samples we gain information on the health of the animals, presence of disease and contaminant loads in the wild population, diet, and stock structure. 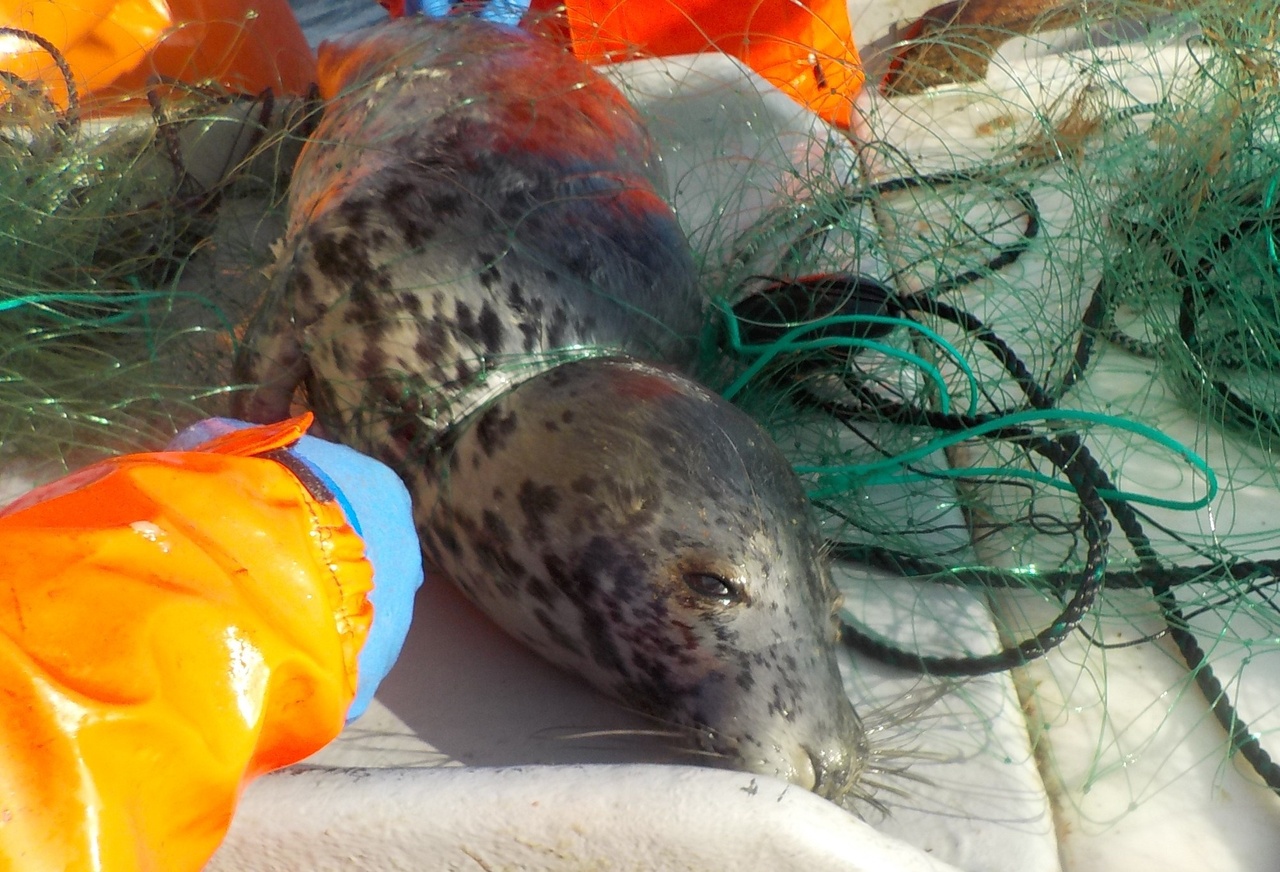 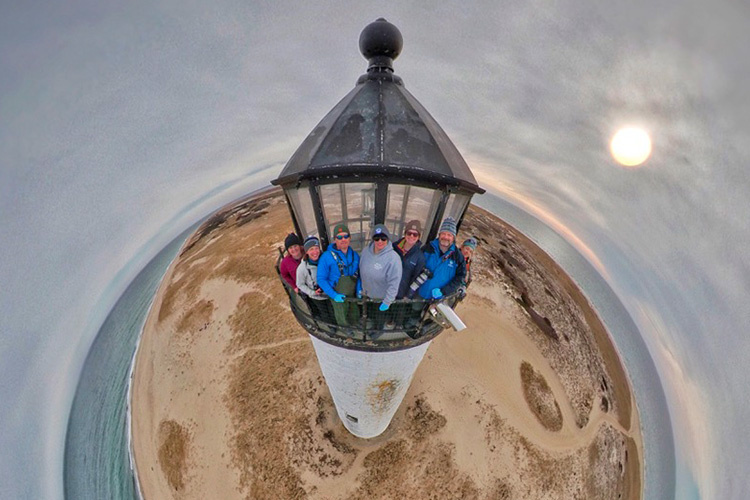 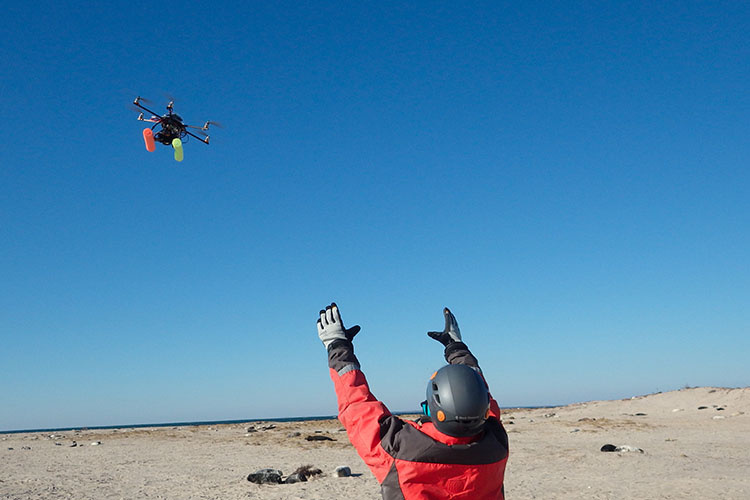 Researchers use a drone to photograph the Muskeget gray seal pupping colony.