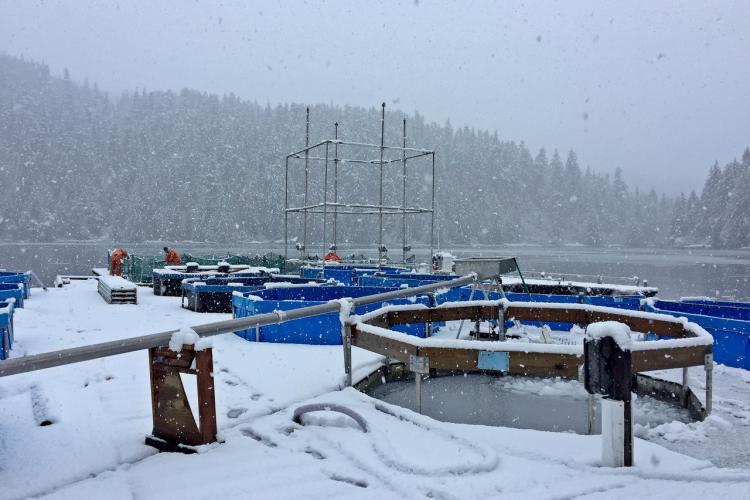 The marking process has been surprisingly smooth, especially since most of the crew (including me) are new to the tagging game. Admittedly, the first two days were a little slow because we had to become comfortable with our duties and needed time to fine-tune the setup. We also had to determine the most efficient way to implement our experiment. In past years, all fish received both an adipose fin clip and a coded-wire tag (CWT), so processing was more straightforward. However with our new experiment, we have three different groups of marked fish (CWT only, adipose fin clip only, or both). But how do we assign fish to the three experimental groups in a way that’s both scientifically sound and as fast as possible? After all, we have to process over 200,000 fish by hand!

To address this issue, we first considered potential biases that could affect our results. The biggest potential bias for this study is the size of the fish within each group because, when it comes to the marine survival of salmon, size matters. Larger fish tend to have higher marine survival rates than smaller fish, as multiple studies have shown (including at Little Port Walter). If the fish in one of our experimental groups have larger weights and lengths, then they may survive better in the ocean, even if their marking treatment negatively affects survival. So we can accurately quantify the effects of marking on marine survival, it is imperative that we assign fish in a way that minimizes any potential size differences between group. 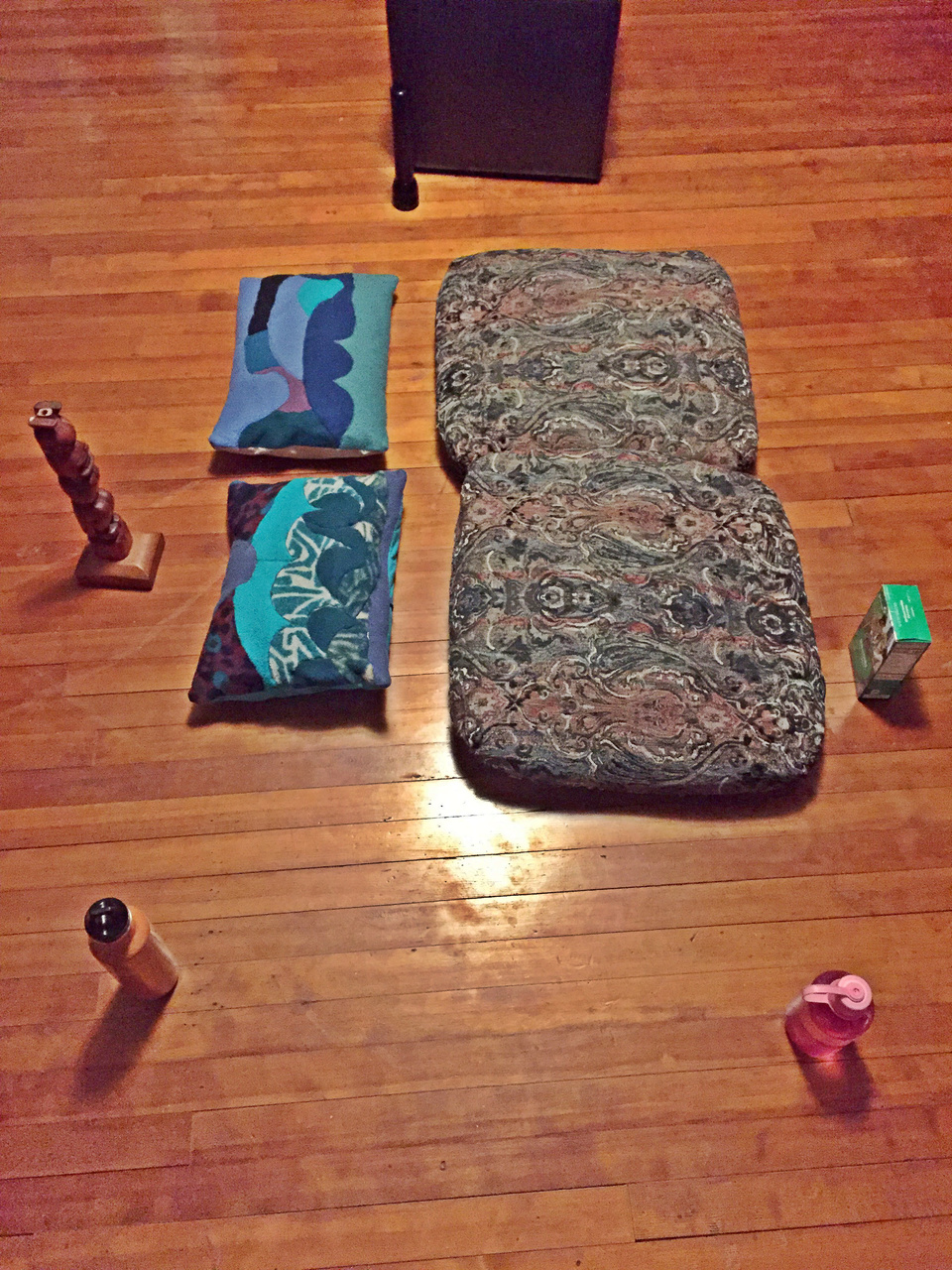 The “very sophisticated tools” that we used to discuss the various tagging duties to ensure that the marking process was as smooth and fast as possible.

Now that we’ve streamlined our process, all we have to worry about is the crazy spring weather that we’ve had: sun, rain, hail, and snow all within an hour! 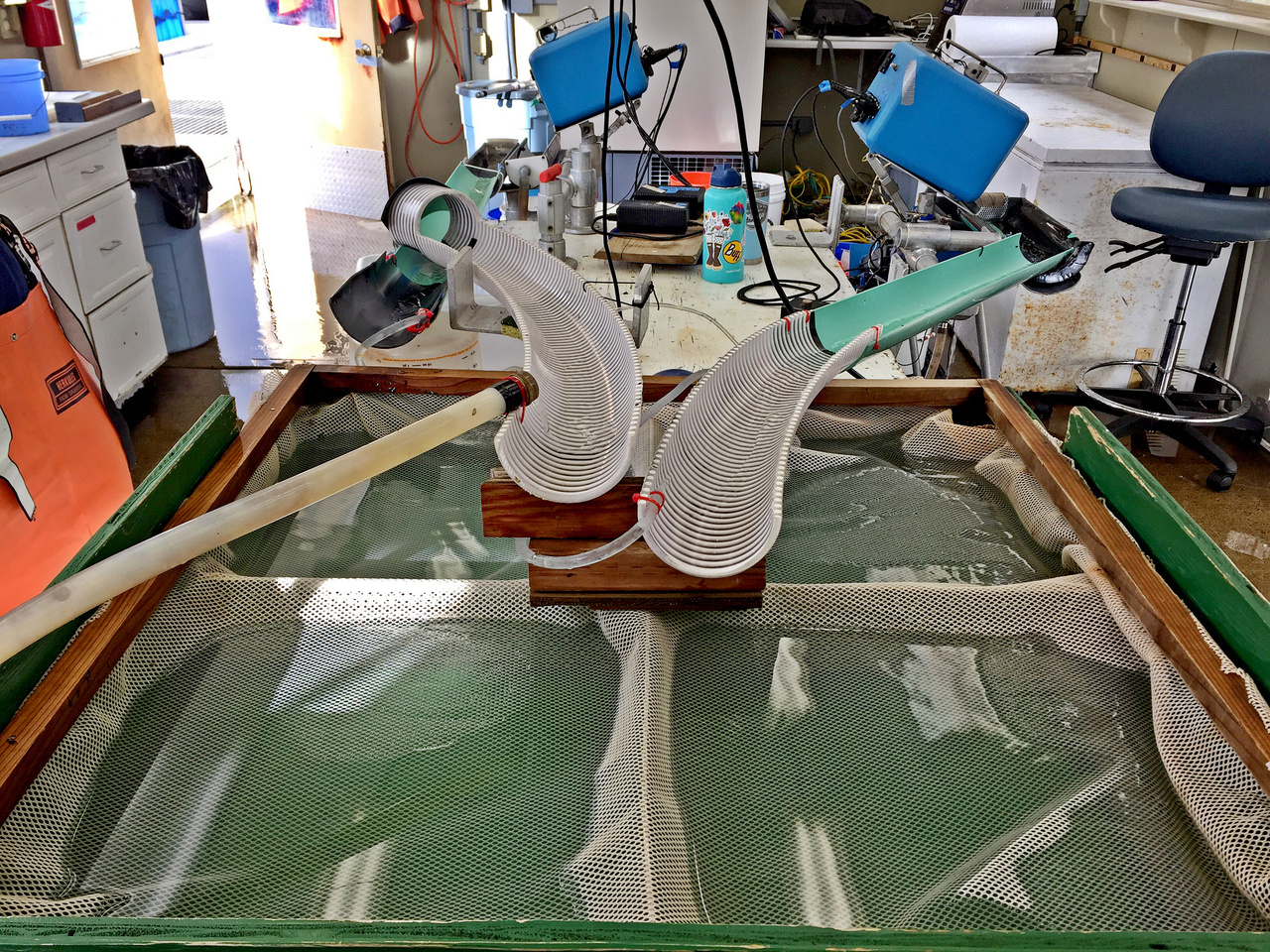 White “waterslides” added to our setup to expedite the transport of fish from the clippers to the taggers.

* Vertical raceways were developed by scientists at Little Port Walter in the 1970s as an alternative to land-based tanks and saltwater net pens. They were revolutionary to fish culture, as they permitted the rearing of juvenile salmon in freshwater conditions while being suspended in saltwater. Vertical raceways are inverted cone-shaped and are made from durable vinyl material attached to floatation frames. Metallic mesh screens are attached to the bottom of each raceway. Continuous water flow-through is provided to provide the highest level of water quality, which allows fish to be cultured at higher densities within the raceway. By placing the top of the raceway out of the water, a unidirectional flow of water out the bottom is ensured when new water is pumped into the top of the unit. This helps prevent oxygen depletion and waste buildup. 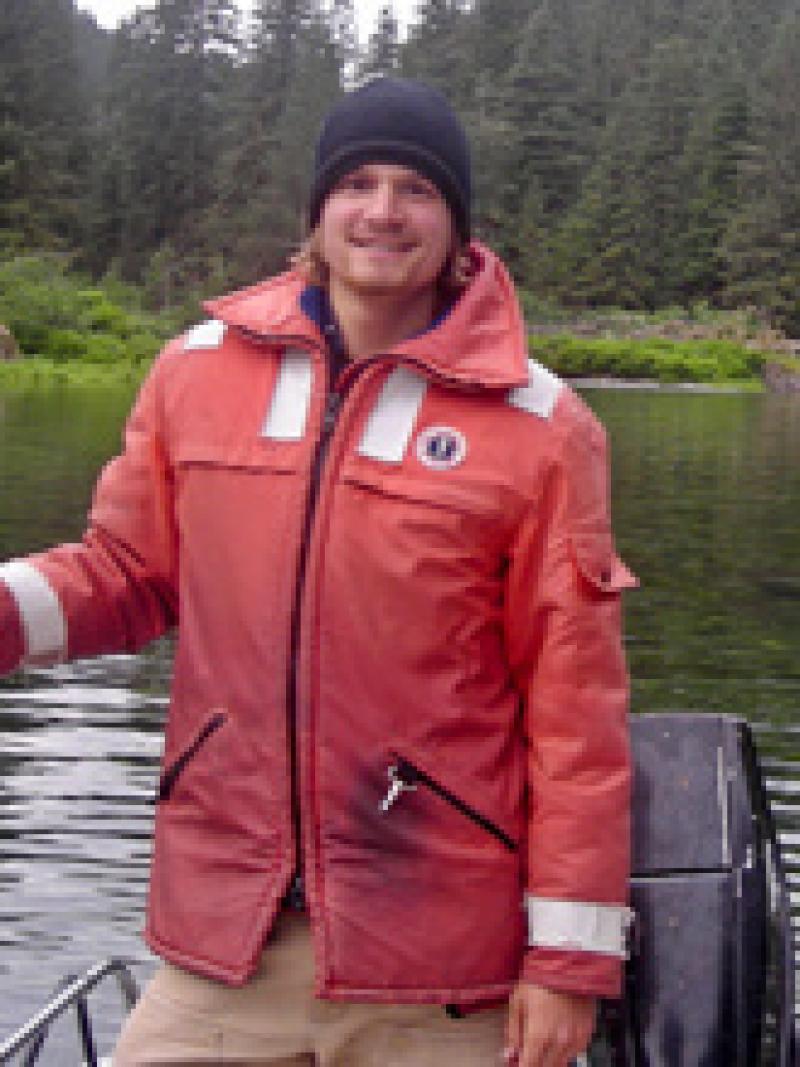 Last updated by Alaska Fisheries Science Center on May 14, 2019