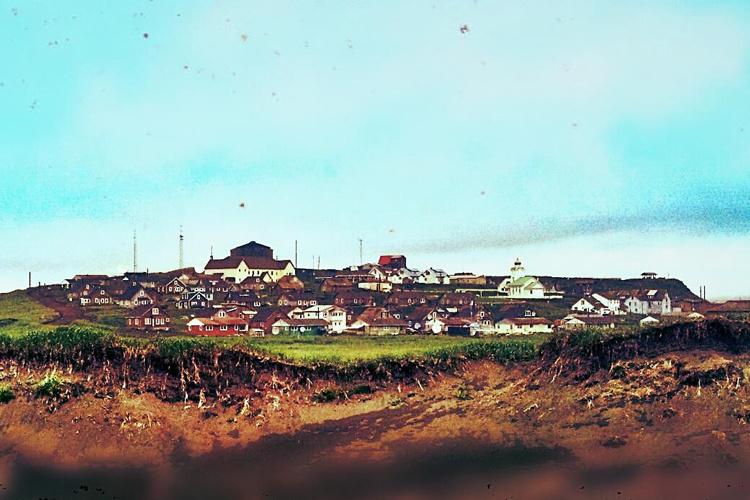 For those of us in fisheries science, there’s a lot of in-between. Our field season lasts about 3 months each year, so we have 9 months of in-between to process data from the previous field season and prepare for the next one.

There’s an in-between as we rotate scientists on and off of boats (we break a survey down into multiple “legs” and a new group of scientists replaces the scientists on the previous leg, a typical leg lasts a few weeks), which is happening right now with Bob disembarking the Vesteraalen and Dan Nichol taking his place, and in-between, I’m taking Bob’s place writing this blog… hello, this is Jason. Later this week, I’ll be travelling up to the Vesteraalen for Leg 3. 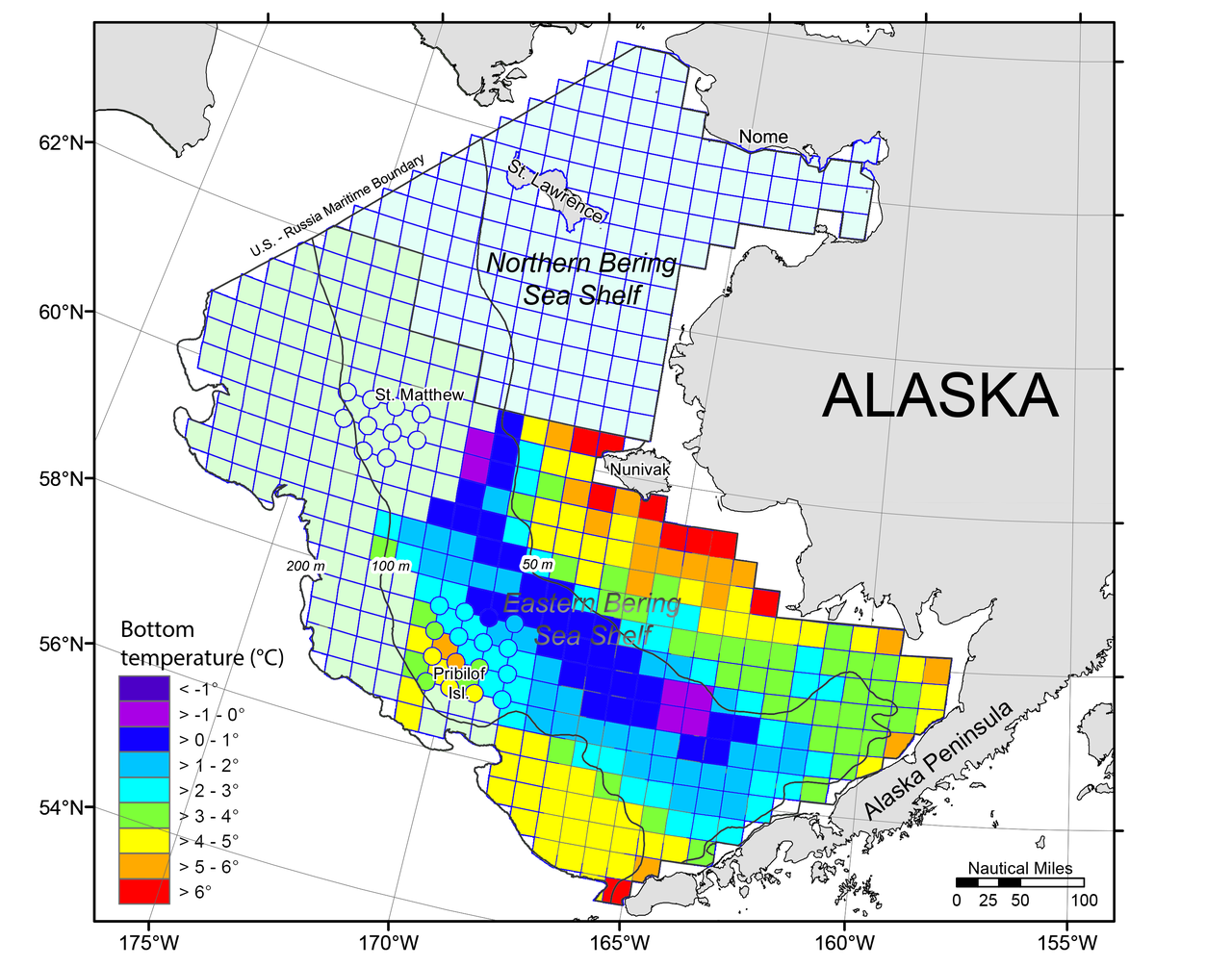 The map shows the sampling grid for the 2017 eastern and northern Bering Sea shelf bottom trawl survey (June 1 and August 30, 2017). The map will be updated several times each week to show the progress of the survey vessels and the bottom temperature (°C) in each 20x20 nautical mile grid cell.

The most difficult in-between we experience may be the in-between of leaving our homes to travel to the boat and vice versa. Last week, scientists were meant to fly to St. Paul in the Pribilof Islands, but were delayed for several days in Anchorage because the island was shrouded in cloud cover. The time window for changing crew is only open for as long as there are stations to be sampled in the area (see map). Meanwhile, outgoing scientists are kept in-between on the boat or on the island, wondering if they will make it back home to commitments left on shore, such as family events, office responsibilities, etc.

Even when travel goes smoothly, there is a cultural in-between of going to sea and coming back home. Living and working on a boat increases certain sources of stress on body and mind, but also alleviates stressors we come to take for granted on land. So whether we are coming or going, an important aspect of being a fisheries scientist is adjusting as effectively as possible, and to be comfortable with all of the in-betweens.

To everyone on Leg 2, congratulations and thank you for all your hard work!

The FV’s Vesteraalen and Alaska Knight returned to Dutch Harbor on 13 July, refueled, provisioned and the new scientific crew all finally made it in. The charter vessels departed the afternoon of 16 July and were on station beginning survey operations today. 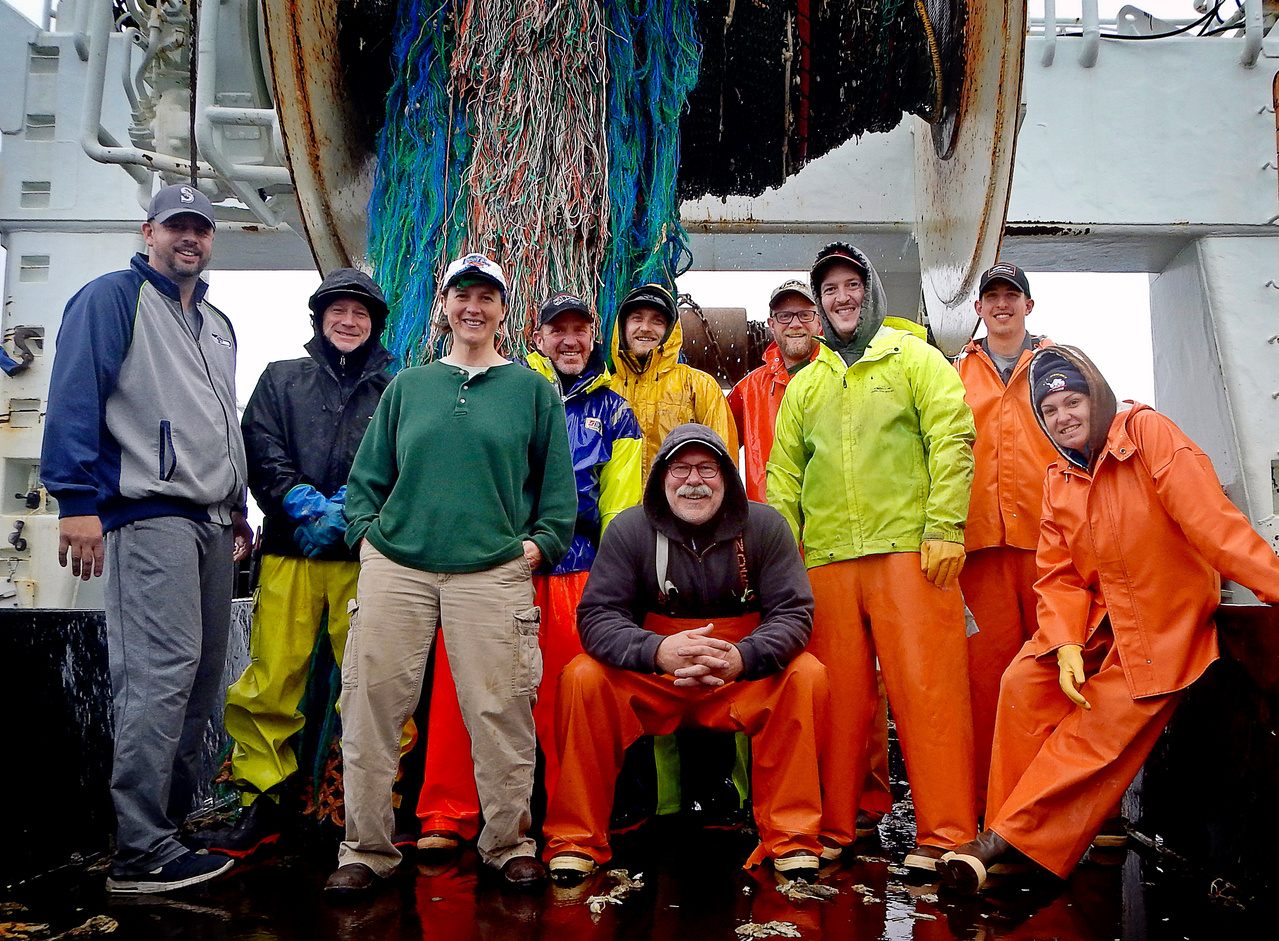 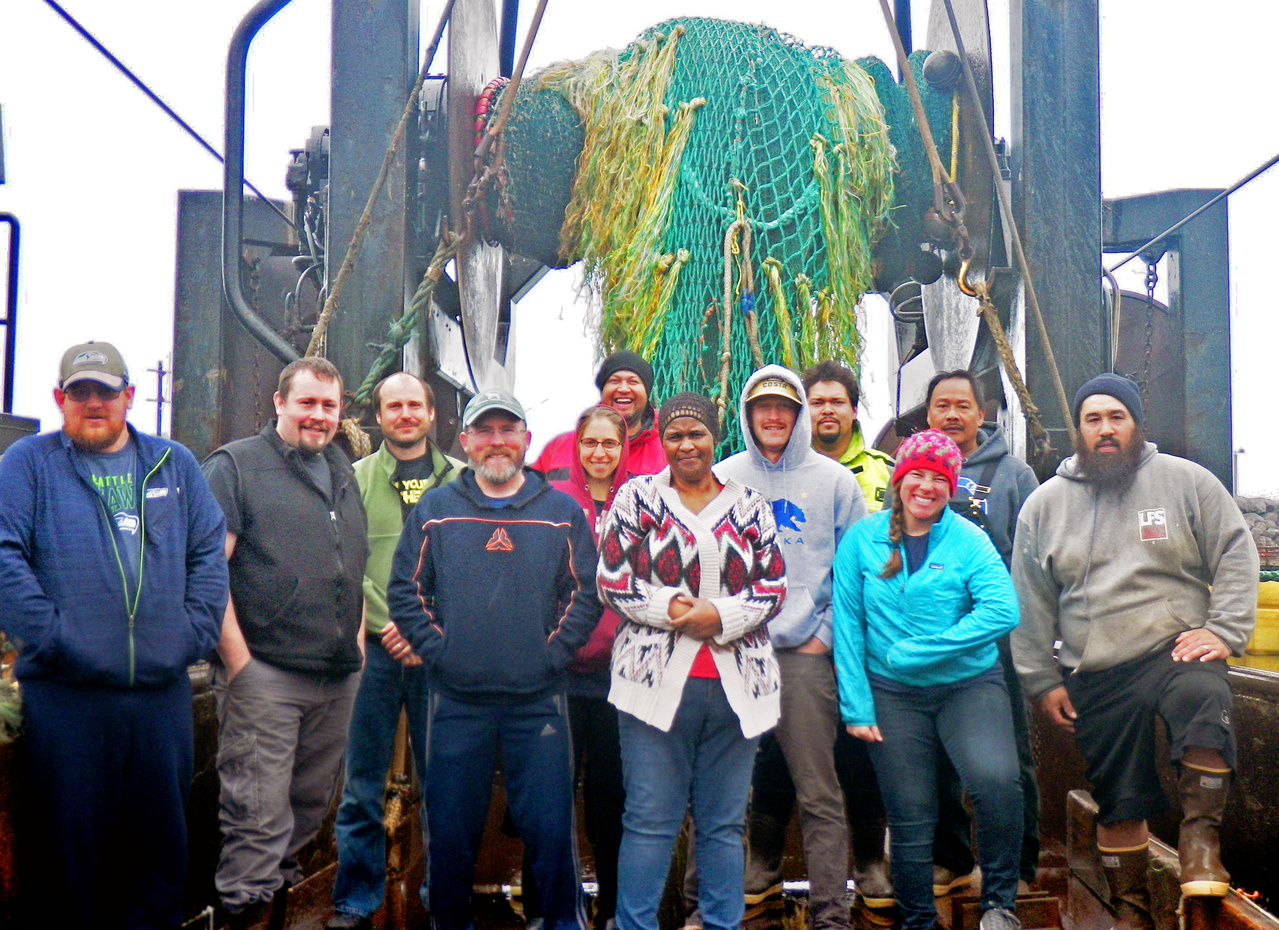