This survey collects important information on the status and trends of commercially important fishes, crabs, and other species. 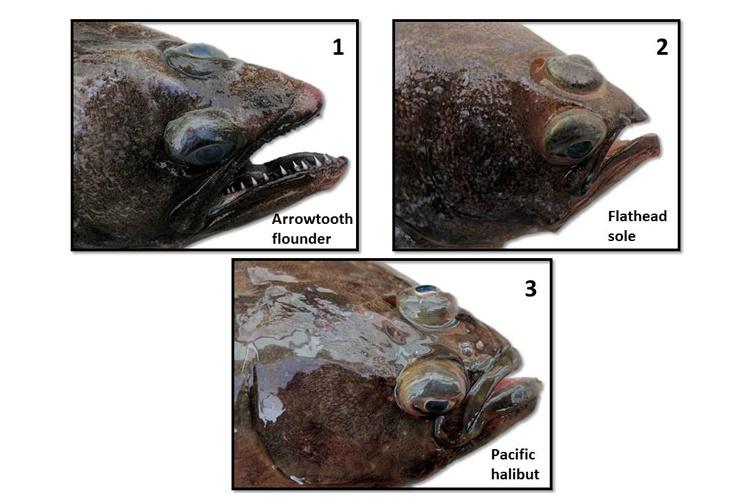 Mouthing Off About Flatfish Lips

Ever wonder why we have lips? What’s their purpose? I bet the reason has less to do with talking and more to do with eating. Out here, I look at flatfish lips all day. “Reading” lips is a good way to identify the different kinds of flatfish living in the Bering Sea, and it can also give you a pretty good idea of what they are eating. Lips do tell.

Flatfish eat other animals, not plants. Eat or be eaten. It’s a tough world down there. In terms of lips, there are two basic types of Bering Sea flatfishes: boney lips (Pictures 1-3) and fleshy lips (Pictures 4-7). 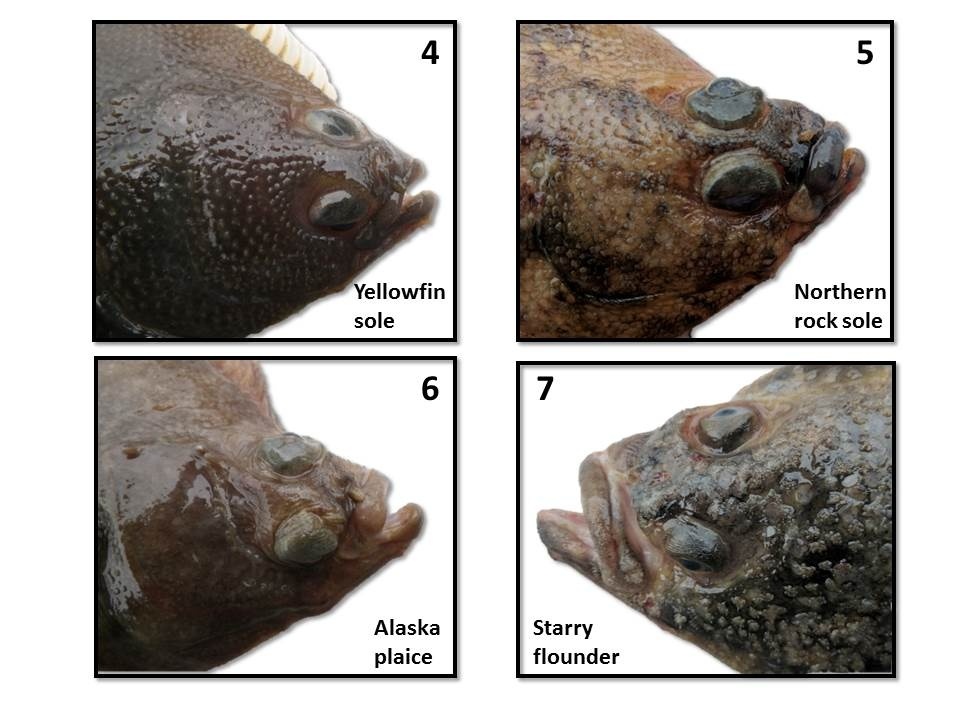 Flatfishes with bonier lips, like the arrowtooth flounder (1), flathead sole (2) and Pacific halibut (3), generally have larger mouths, sharper teeth and tend to feed on animals living on or just above the seafloor. Boney lips are like transformer toys with lots of articulating parts that makes them resemble “The Alien” lunging and gaping as the prey desperately tries to swim away (Picture 8). Just like in the movies, the hapless prey is doomed, except maybe if you happen to be the heroine, like Charlie Tuna. Boney-lipped flatfishes eat things like fishes, crabs, squids and octopus. 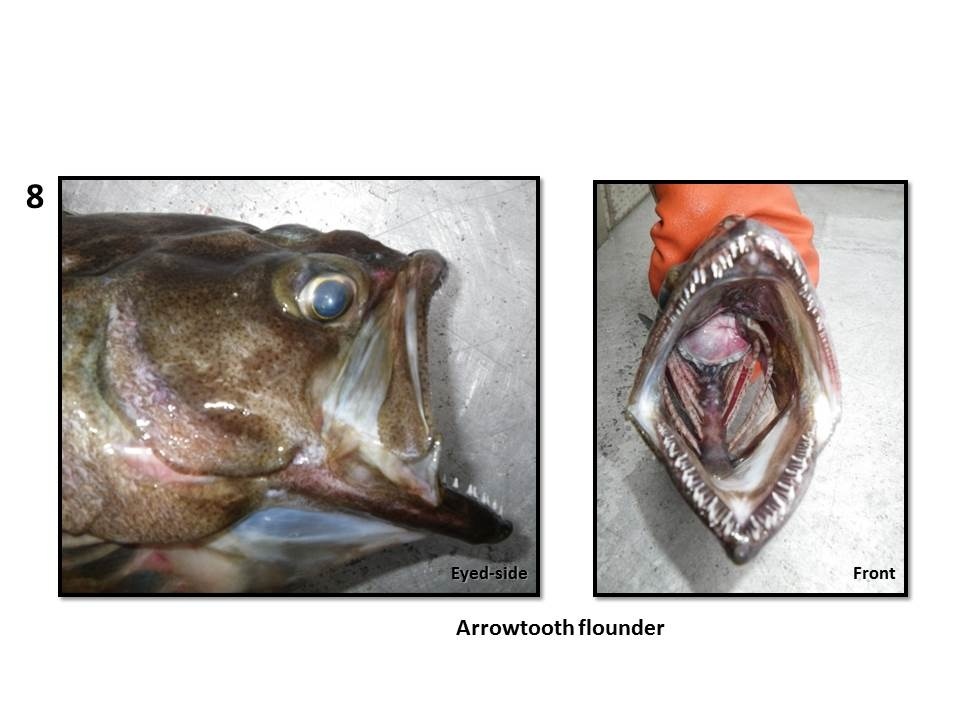 Flatfishes with fleshier lips, like the yellowfin sole (4), northern rock sole (5), Alaska plaice (6) and starry flounder (7), generally have smaller mouths and feed on animals on or in the seafloor. Fleshy lips are good at grasping and manipulating smaller prey. Flatfish have no hands, just fins, so they can use their lips like an opposable thumb. It’s kind of like when we use our lips to help remove pistachio nuts or sunflower seeds from their shells, or when we slurp Pho noodles. Same sort of thing happens with “lippy” flatfish when excavating small clams or slurping long worms from clay, mud or sand bouillabaisse. These fish expand their gill covers at the back of their heads, creating back pressure and suction for slurping prey. Fleshy lips with good suction are also a good combo for vacuuming up smaller and more mobile prey from the seafloor. Fleshy-lipped flatfishes eat things like clams, worms, and shrimp. 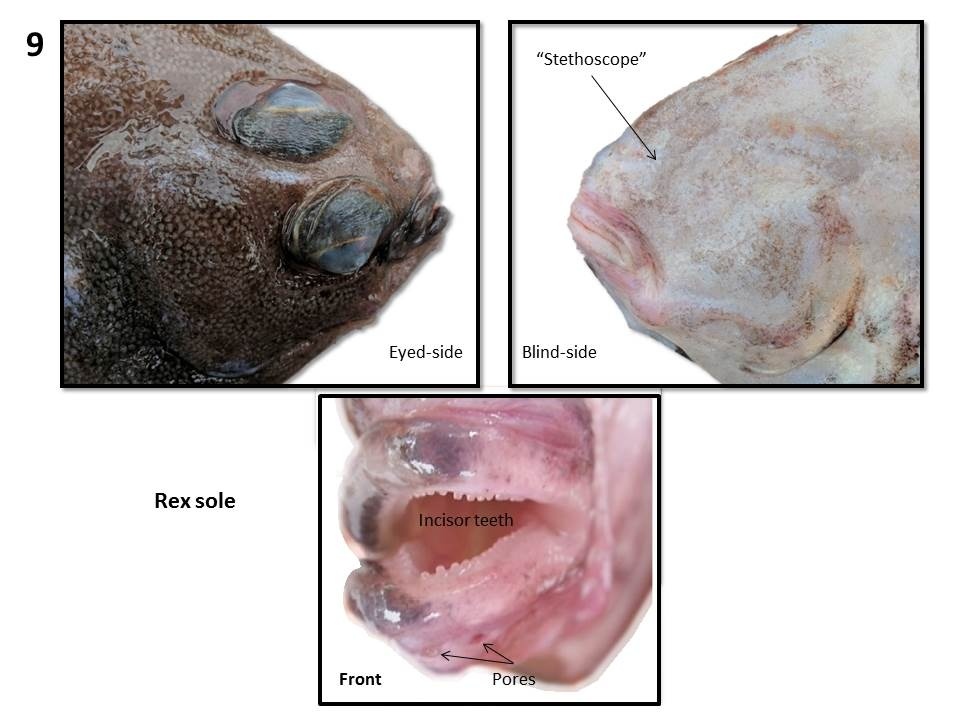 The rex sole is probably the thinnest flatfish with the smallest mouth among Bering Sea flatfishes (Picture 9). Its lips and mouth are specialized for eating little clam tubes protruding from the seafloor. Clams are buried and need to use a snorkel-like tube (called a siphon) extending to the surface like a periscope. Siphons have two holes, one for bringing in food and oxygen, and another for expelling waste water from their shells; a built-in plumbing system.

Rex sole are connoisseurs of clam siphon tips. On the blind side of rex sole, there is a stethoscope-like membrane with tiny pores that can be used for detecting the slightest of water currents from clam siphons. When a clam siphon is detected, the rex sole uses its two rows of incisor-like teeth to shear off the tip of the clam siphon, like eating corn-on-the-cob kernel-by-kernel.

OK, now to go ahead and give it a try,…….make that silly fish lips face. 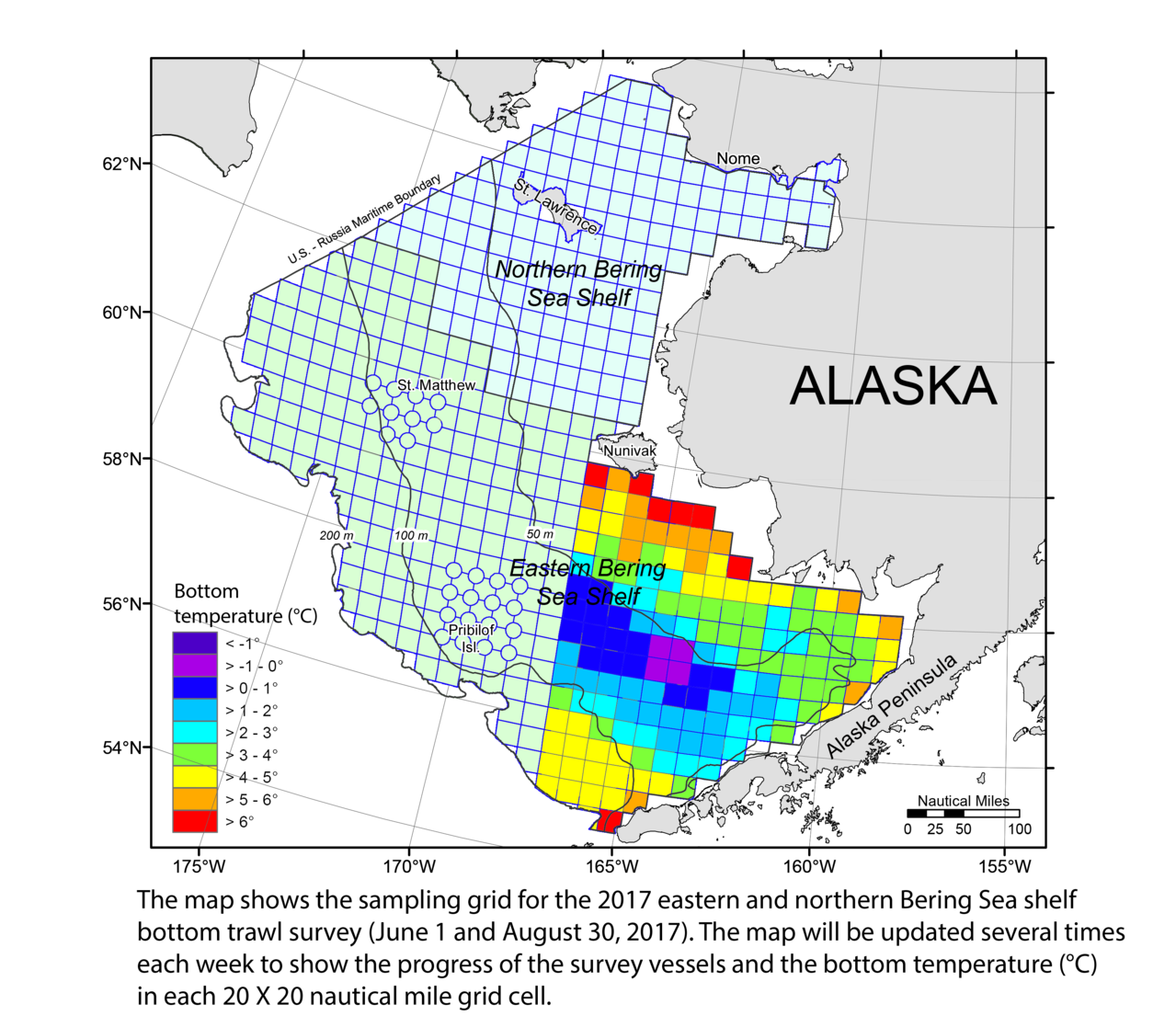 Bob Lauth has been a Fisheries Research Biologist for the NOAA Alaska Fisheries Science Center in Seattle for 26 years. Bob leads the Bering Sea Group, which is responsible for conducting summertime surveys of bottom fishes, crabs, and other bottom-dwelling creatures in the offshore marine waters of Alaska. Fascinated by Jacques Cousteau as a kid, Bob moved from Chicago to the 'ever-green' Seattle in 1980 to become a marine biologist without the slightest idea how to earn a living. After working three years in a dive store, teaching scuba diving, and doing marine field trips with school kids in the Puget Sound, Bob learned about the 'fishy side’ to marine biology. He enrolled at the University of Washington School of Fisheries, earned a Master’s degree, and then worked for the Inter-American Tropical Tuna Commission at a remote marine lab in Central America before returning to the northwest with his wife to raise a family and pursue his career in fisheries.