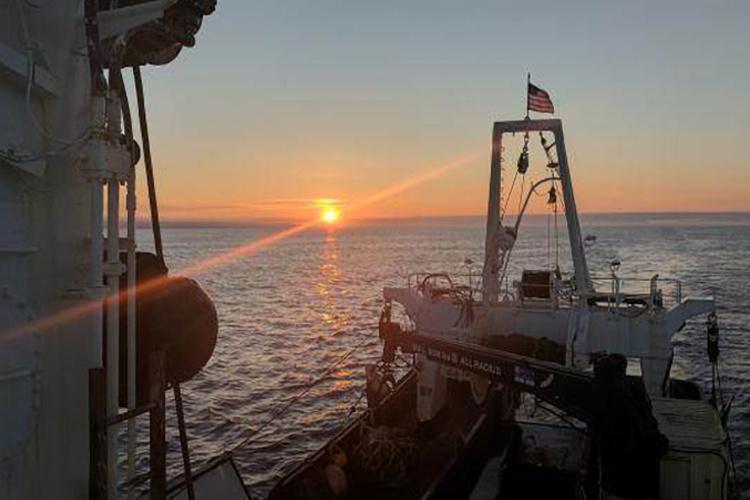 Despite what you may see on dramatic television shows about the Bering Sea, weather can often be very nice! During the first leg, it’s the best I’ve experienced in all my years coming out here. Winds have not exceeded 15 knots and seas and swell have remained below 3 feet the whole trip. I’ve watched some beautiful sunrises and sunsets and eerily calm foggy “grey-on-grey” days where the horizon blends into the sea. 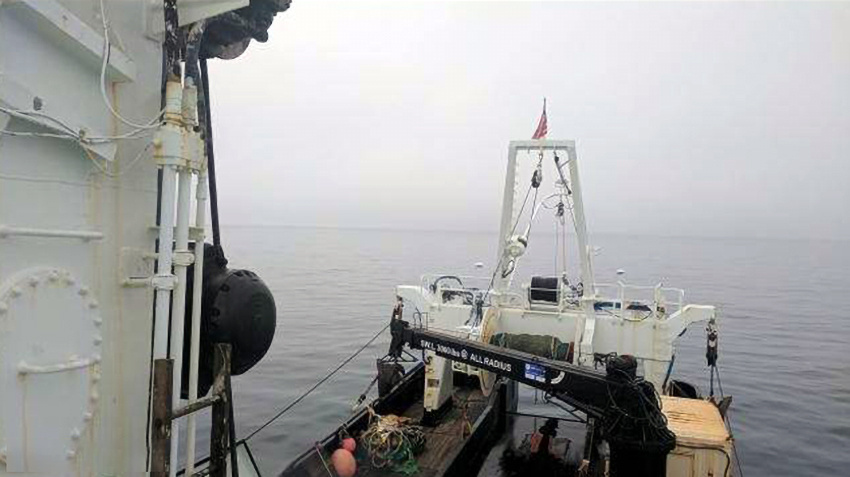 One thing that all 22 species of flatfish in the Bering Sea have in common... they are all FLAT! Most flatfish, like the ones in Pictures 1 to 4, have eyes on the right side of their head. The side with no eyes is called the “blind-side”. Only a couple of species in the Bering Sea have eyes on their left side. One species, the starry flounder, can be a righty (Picture 4) or a lefty (Picture 5). We are sampling at relatively shallow bottom depths in recent days and seeing all four species in every tow, along with another righty, the northern rock sole (not pictured).

Three of the flatfish pictured have something else in common. They have bright yellow pigmentation. I call them “The Yellow Fellows”. Very striking and pretty, but not sure of the color’s purpose. It may have something to do with what they eat or it may play a role in their survival or natural history. Starry flounder have hard, scratchy scales and dramatic black and white bands on their fins that can be very startling when they kick-up off the bottom in a burst to swim away. It’s probably to scare off potential predators. I’ve observed it first-hand scuba diving many times and it always gives me a momentary scare. 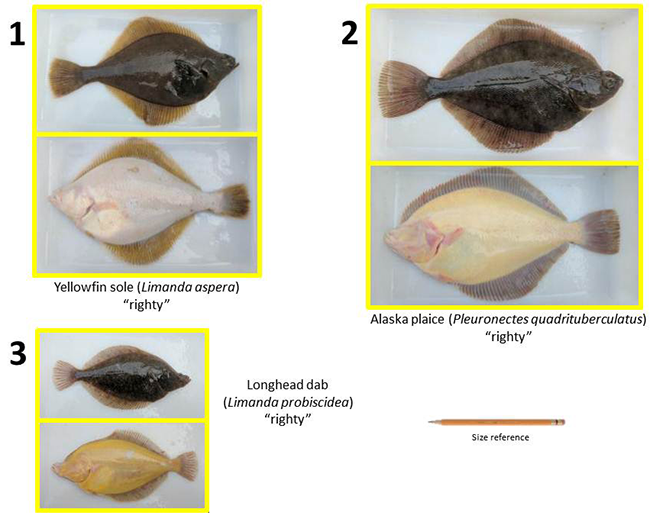 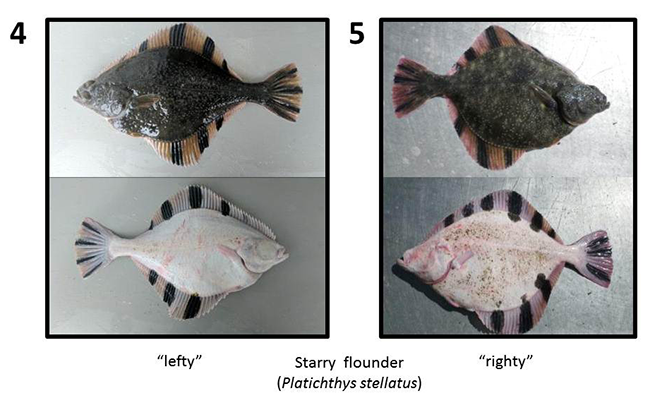 Other Interesting Things About The Yellow Fellows

The yellowfin sole is the most abundant flatfish on the Bering Sea shelf and supports the world’s largest commercial fishery for flatfish. Alaska plaice usually occupy the middle shelf where there is often seasonal sea ice during the winter and sub-zero bottom water temperatures during the summer (see last blog post on the cold pool), so the plaice is capable of synthesizing an antifreeze glycoprotein to prevent ice crystal formation in their blood. The longhead dab is the smallest of the three Yellow Fellows and is generally found closer to shore in shallow depths less than 100 feet. It is in the same genus as the yellowfin sole and has a poochy snout with fleshy lips that helps it excavate prey beneath the surface.

Hope this little dab will do ya’ for now! (Sorry ... couldn’t resist). 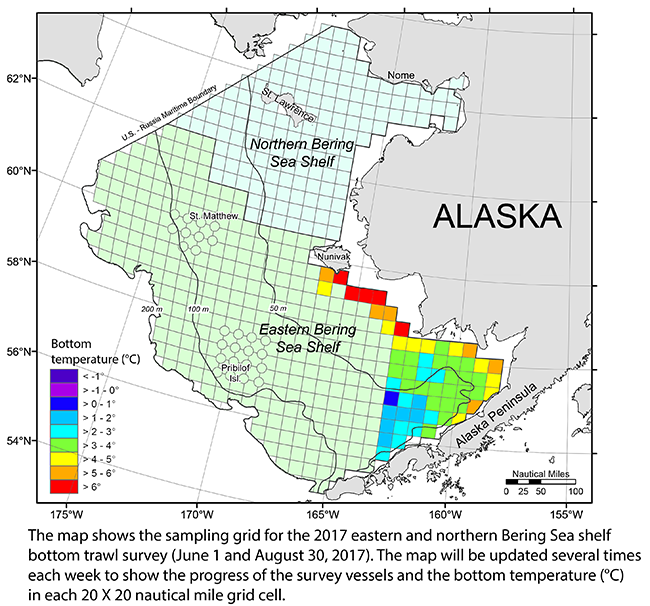