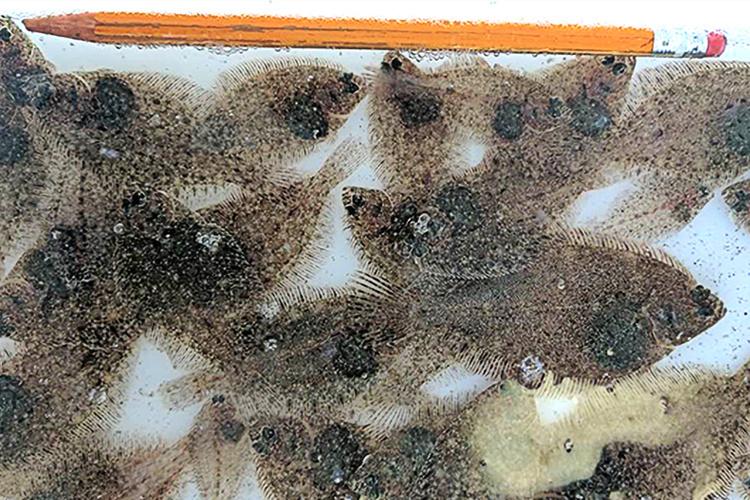 Scientists and crew of the FV Vesteraalen and FV Alaska Knight departed Dutch Harbor on June 2nd to begin the 2017 eastern Bering Sea shelf bottom trawl survey. As we departed, preparations were underway to mark an event that occurred on U.S. soil during WWII, which probably few people outside of Alaska are familiar with. Seventy-five years ago, on June 3 and 4, 1942, an air raid occurred on Dutch Harbor. The Japanese military also temporarily occupied two islands, Kiska and Attu, in the westernmost part of the Aleutian archipelago. In remembrance, all the hotel rooms in town were booked by U.S. Army and Navy veterans now in their nineties, their families, and other dignitaries.

After departing Dutch Harbor last Friday, both research vessels arrived in eastern Bristol Bay on Sunday morning to begin the survey. After 2 days of sampling, 15 stations were completed; hmmm, let’s see, that’s only 505 stations to go! Bottom water temperatures ranged from 3.1°C to 5.7°C, which so far are more than 1°C cooler than those observed during the last three survey years. See image below to see what stations (colored squares) have been sampled so far.

Summer bottom temperatures in the eastern Bering Sea shelf can vary considerably from one summer to the next and changes in temperatures can affect the community of fish, crabs, and other bottom-dwellers in many interesting and unpredictable ways. That’s why I like coming out here every year, to see what’s new and different. The Bering Sea never disappoints nor ceases to surprise me!

Already this year, I can see more young northern rock sole than I remember seeing in survey-years past. Imagine how difficult it would be to see these juvenile flatfish against a speckled sandy bottom. Stay tuned for more surprises! 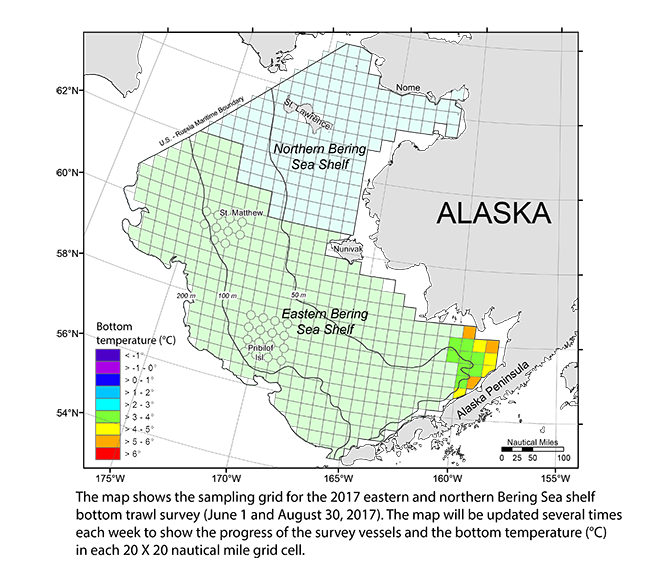