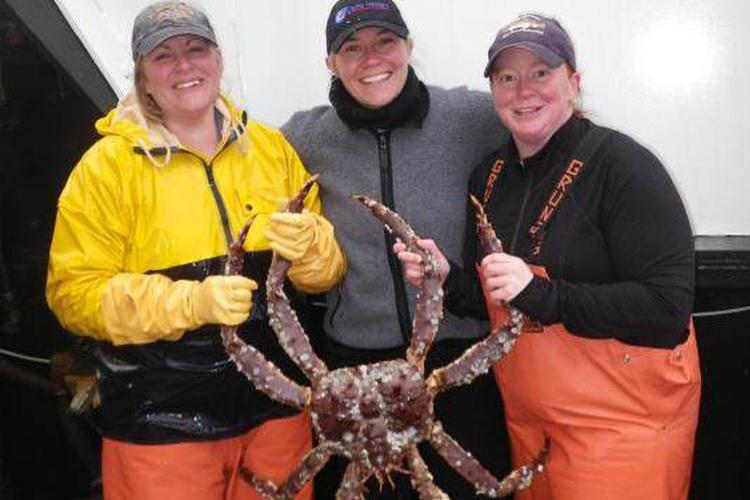 Unfortunately, when conducting research in the Bering Sea, the chartered fishing vessels we use for our annual bottom-fish and crab survey don’t have luxuries like swimming pools or hot tubs. That would be nice!

The pool we do experience is “The cold pool,” which is actually a large mass of frigid water near the bottom of the eastern Bering Sea shelf with a temperature less than 2°C (36°F).

We are able to get a snapshot of the cold pool each summer because our survey covers the entire eastern Bering Sea shelf. The size and extent of this cold water mass can vary tremendously from summer-to-summer, and can cover an area reaching down to the Alaska Peninsula, or during warm years barely reach half-way down the shelf. Its size depends upon the sea ice pattern across the shelf during the preceding winter and spring. This summer, the cold pool pattern is a bit of a mystery because last summer, bottom temperatures were the warmest ever in our 35-year survey series, and the seasonal sea ice did not extend very far down the shelf until late last winter. 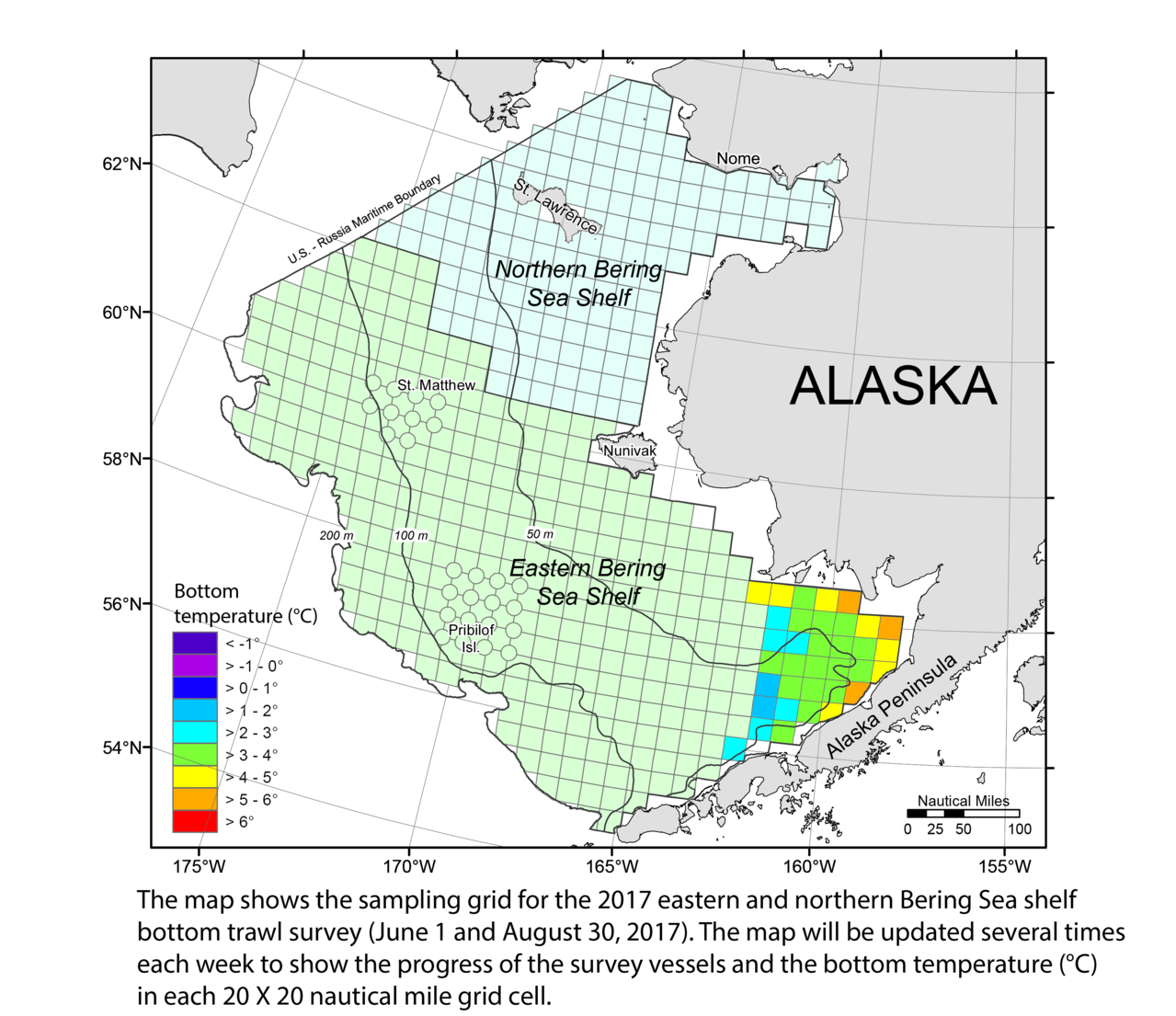 We encountered the first “cold pool water” this year in the southeastern section of our sampling grid in western Bristol Bay just four days into the survey (see updated map).

The last survey year that the cold pool extended that far south was in 2013, which was a year with colder than average bottom temperatures on the shelf.

One effect of a larger cold pool could be a delay in the molting and release of eggs of female red king crab. It is important to know how many females have mated this year in order for managers to set harvest guidelines for the next red king crab fishing season.

If the bottom water is too cold and the percentage of molted and mated females is too low, we may have to come back to Bristol Bay later this summer to resample and find out.