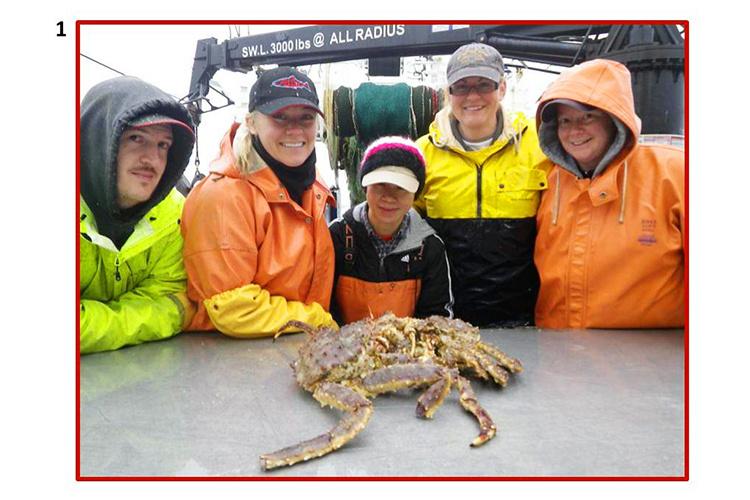 The Season for Hugging Crabs

We caught something exciting the other day - a male red king crab tightly grasping a female (Pictures 1 & 2). Crab biologists Vanessa Lowe and Miranda Westphal tried separating the two to no avail. This may seem like caveman behavior on the part of the male crab, but it’s actually a vital part of this species’ mating cycle.

This Bering Sea love story goes something like this: Ms. Crab releases a perfume, or “pheromone,” into the water when she is getting ready to molt (shed her old and sometimes barnacle-encrusted shell). Ms. Crab’s pheromone is simply irresistible to Mr. Crab, who follows the trail, searching for Ms. Crab. Once he finds his love beneath the waves, they get “hitched” as he grasps her front legs with his claws. He holds on to her for about 2 weeks. Over this time, Ms. Crab increases in size beneath her old shell by absorbing water to a point where she has to crawl out of it. 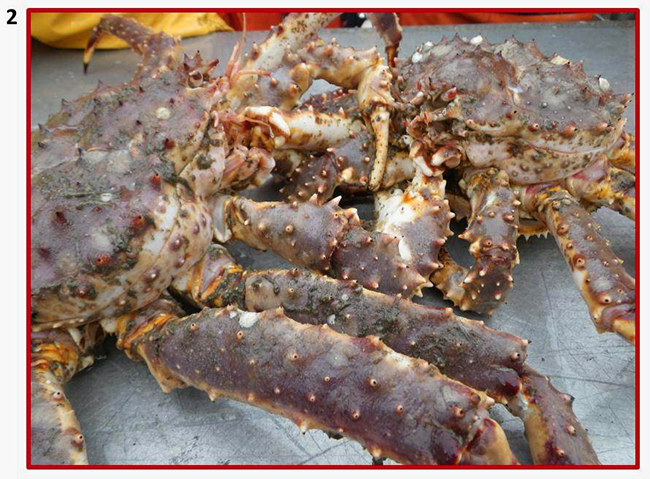 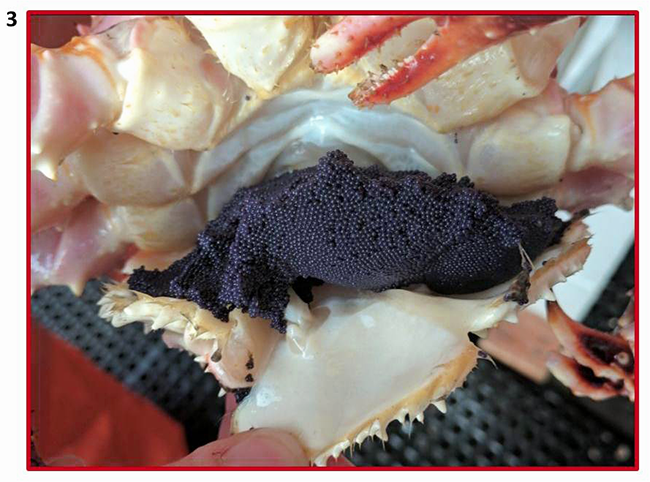 During the process, Mr. Crab releases the old shell and grabs onto Ms. Crab in her brand new outfit. Ms. Crab is very vulnerable at this point, so Mr. Crab uses great care in holding on to her now. Ms. Crab releases her eggs and Mr. Crab fertilizes them over a period of several hours. Once their mating is complete, Mr. Crab lets go of Ms. Crab and they go their separate ways. Ms. Crab then searches for a safe place to protect her new clutch of eggs (Picture 3) and to allow her soft shell to harden for protection. 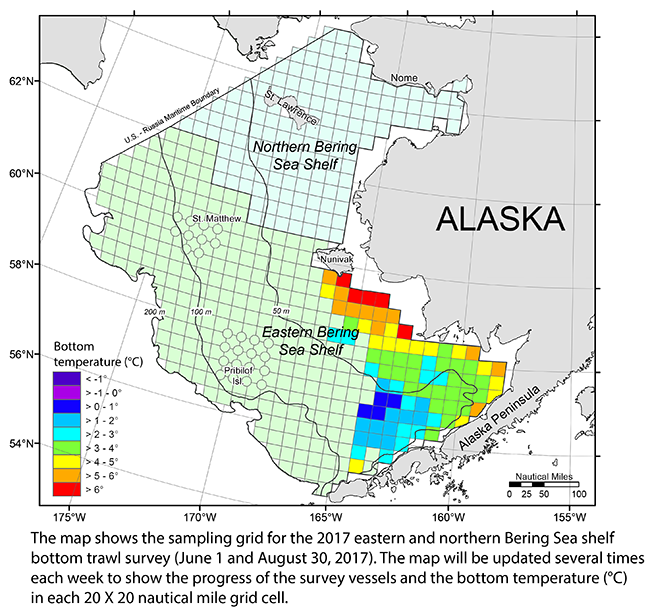