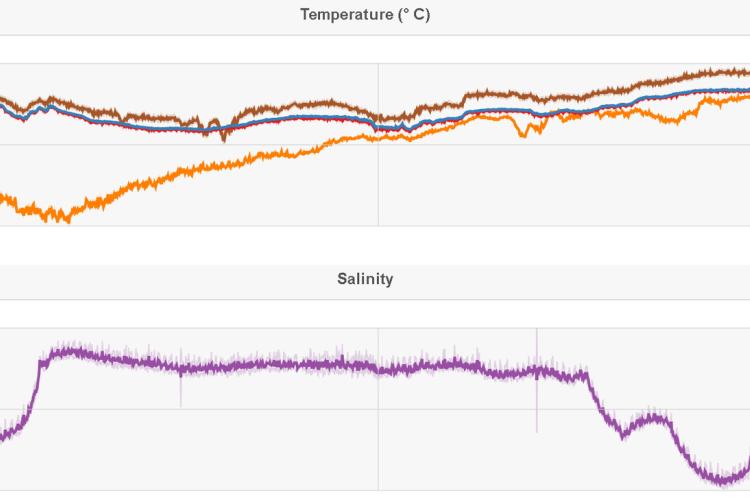 An example of the data we can view on the site, showing one day of temperature (top) and salinity (bottom) measurements from mid-July. There are multiple sensors for measuring temperature on each saildrone, providing us with air (orange) and seawater temperature measurements at different places in the water column (red, blue, and brown). 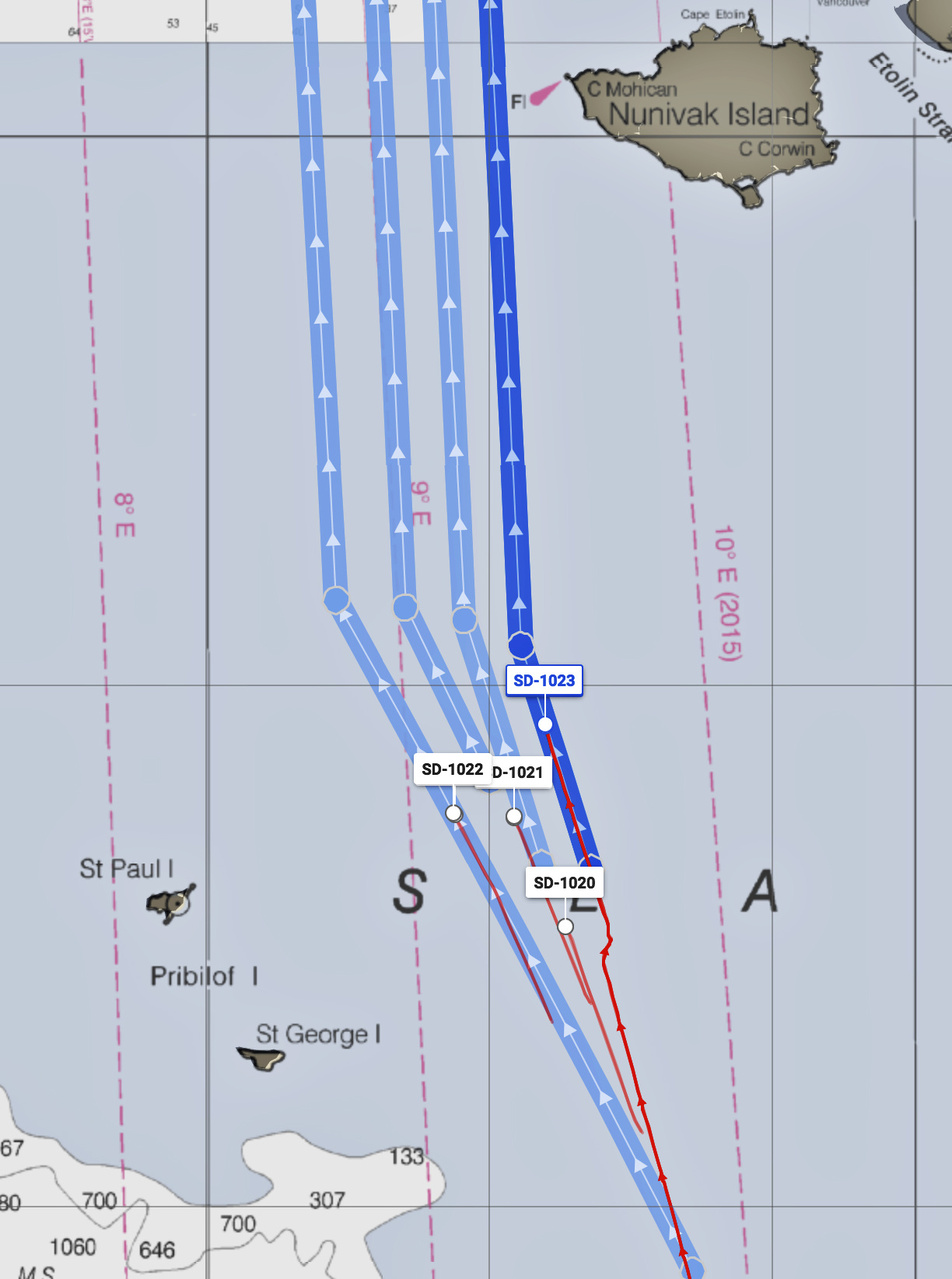 An image showing the saildrone tracks (red lines) and planned routes (blue lines with white arrows indicating direction) through the Bering Sea from earlier in the mission. We start by using mapping software to plan a route, which we then send the saildrone operators. They send the route to the saildrone as a series of points, which appear on the website (blue circles and lines). The saildrone determines the best way to sail between those points in the order it has been sent, and away it goes. Whenever we need to change the route, the saildrone gets a new set of points and adjusts course to the new plan

The saildrones are completely autonomous, so they can sail along under their own power as long as there’s a little sun and wind to send them on their way. But aimlessly floating around might not produce the best science, so it’s our job to give them a place to go.

All of our communication to and from the saildrones is done through a website operated by Saildrone, Inc. We can see where the saildrones are, what measurements they are making, and plan the next place to go. The saildrones send back regular updates of the measurements collected by all of the instruments via satellite, which we can view in near real-time. Viewing the data as they are being collected means we can make sure everything is working as expected, adjust our plans based on what we see. We can see what is happening right now in the Arctic, all from our own desks, which is pretty amazing.

The files produced by the echosounder (the acoustic equipment mounted on the saildrone) are too large to transfer via satellite while the saildrones are in the field. We will download the full acoustic dataset when the saildrones are recovered.  But, right now we are receiving a near real-time summary of the backscatter (fish acoustic signals or echoes) in the water column. Though not quantitative, the data we receive from each saildrone allows us to monitor and build a map of the backscatter, which in this environment is dominated by echoes from age-0 Arctic cod. The backscatter indicates that a mass is present in the water, which we assume is fish  To ground-truth the saildrone data, we plan to send a research vessel to this same area shortly to actually collect some fish. 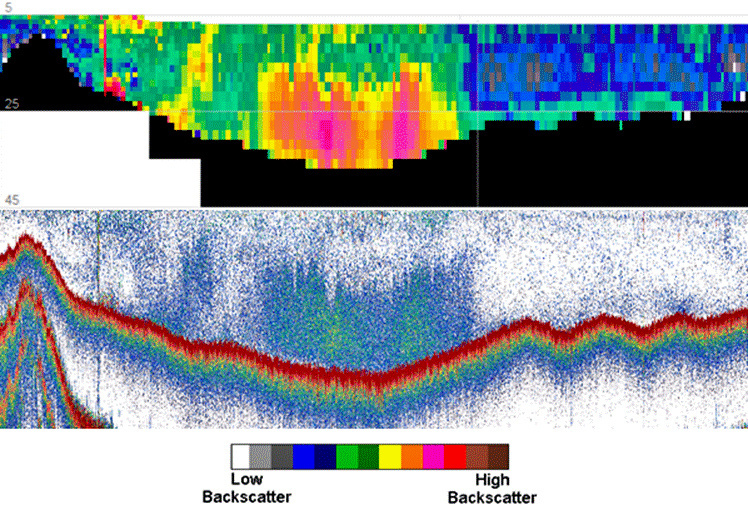 Images of the near real-time data that are sent back from the saildrone (top) and the data that is recorded and analyzed when the instruments are recovered (bottom). The data that we can see through the website gives us a general idea of the level of backscatter the saildrones are observing. In this example from instrument testing in San Francisco Bay, the warmer colors in the top image line up with the darker blues and green areas of the bottom image. The trace of the seafloor (the area in black in the top image) follows the same curves as the actual data (the dark red line in the bottom image). 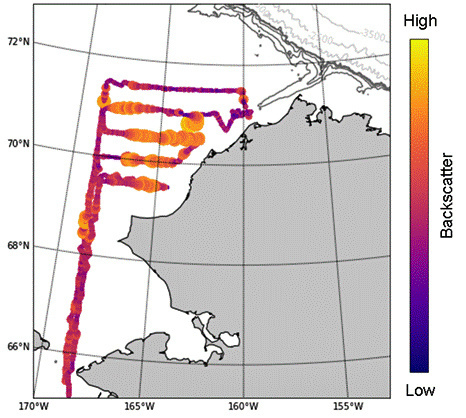 Map of the backscatter (fish echoes) in the Chukchi Sea made using the near real-time data that has been sent back to us from the saildrones. Between both saildrones, we have already covered half of our survey area, and can see high backscatter between 69.5 and 71°N, an area where surveys conducted in past years have observed high abundances of juvenile Arctic cod.