We've found 72 fish species and 207 species of invertebrates, while seabirds find us. 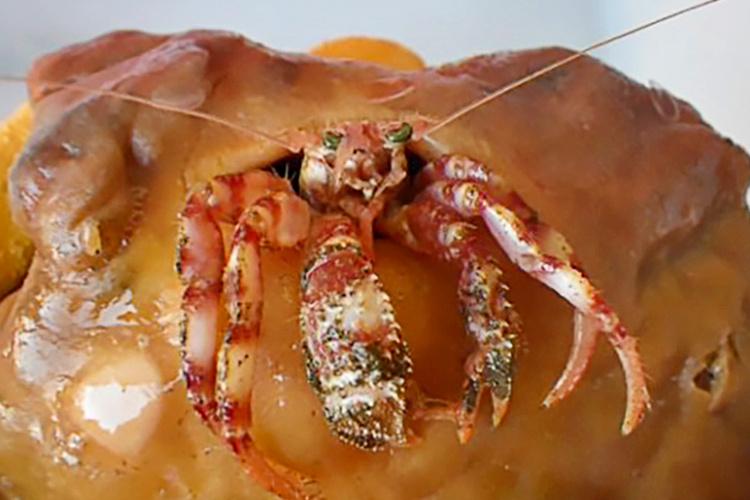 Time has passed quickly and slowly over the last week or so. We sailed back to Adak to change crew members from the second leg of the survey to the third leg. Once the new crew was aboard, we traveled west for more than a day to get to the western Aleutian Islands where we will be working until the end of the survey. Unfortunately, we had to hold up for two days to wait out a gale force storm that was blowing through the western Aleutians as it would have been unsafe and difficult to conduct our bottom trawl survey.

During Leg 2, we encountered 72 species of fish and 207 species of invertebrates. The fish species ranged from tons and thousands of Pacific ocean perch, northern rockfish, and Atka mackerel to little snailfish, sculpins, and poachers. We collected 17,773 length measurements of important species and collected 1200 otoliths, little earbones that tell us the age of individual fish. All of the information has been stored into databases, vials, and boxes for the return trip to the laboratories at the Alaska Fisheries Science Center. 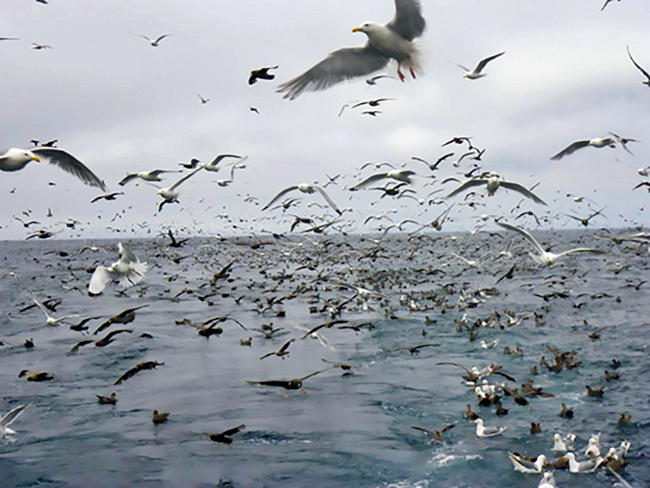 Seabirds flock around our boat, circling us, and following in our wake.

For Leg 3, I stayed on the boat as the field party chief; my main task as the field party chief is to keep track of where, how long, and how far we tow our nets. Crystal Peterson, the biologist from the International Pacific Halibut Commission, also remained aboard. We are joined by AFSC scientist Paul von Szalay, technician Gordon Alford, food habits specialist Kim Sawyer, and Mark Spangler who is a volunteer and student from the University of Alaska at Fairbanks. Paul is deck boss and is now training up the new crew to work as one team in processing our catches.

We are now working near Buldir Island, an isolated volcanic island that teams with marine birds. We can have more than a dozen species of auklets, murres, cormorants, puffins, shearwaters, albatrosses, and gulls following or near our boat. Many of them follow our boat because they feed on the fish that we return back to the sea. It’s quite a sight to see and hear the cacophony of birds circling the boat or following in our wake.

After a few days of sampling, we conducted more than a dozen sets of our bottom trawl and have been encountering abundant Pacific Ocean Perch and Atka Mackerel. The stations that we sample are selected at random but are scattered over regions, sub-regions, and different depths. During each tow, I keep track of three computers to collect different types of sensor data that monitors our position, the depth of the net, water temperature, and the dimensions of the net. There are lots of data to crunch to make sure the net fished properly and that we get good measurements of the area that we fished during the trawl event.