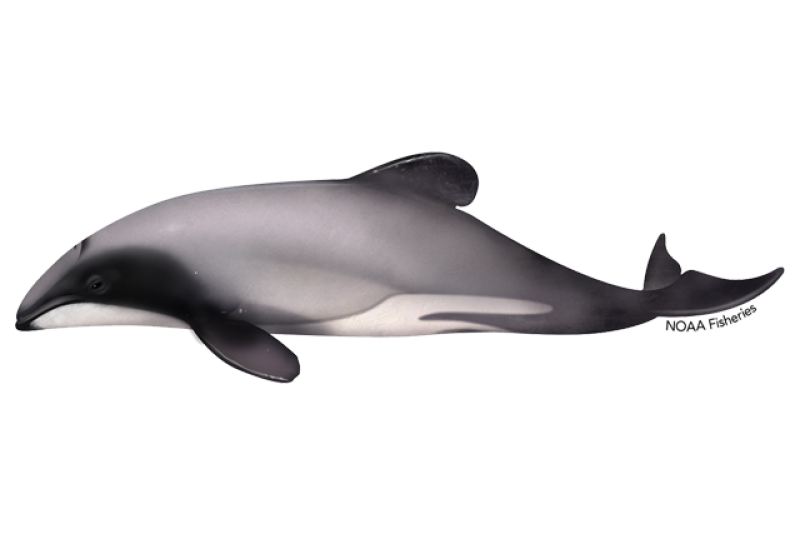 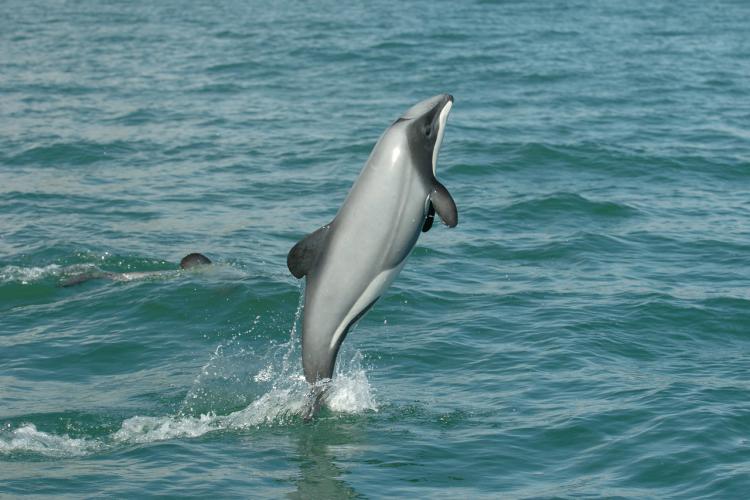 Hector’s dolphin is one of the world’s smallest dolphins and is found only in the coastal waters of New Zealand. Two subspecies of Hector’s dolphins have been formally recognized based on multiple morphological distinctions and genetic evidence of reproductive isolation. One subspecies with the common name of Hector's dolphin occurs in the waters around the South Island of New Zealand. The other subspecies known as the Māui dolphin, or Maui’s dolphin, occurs only in waters off the west coast of the North Island of New Zealand. Substantial declines in this species have been detected for most populations, mainly as a result of bycatch in gillnets. In 2017, NOAA Fisheries listed the Māui dolphin subspecies as endangered and the Hector’s dolphin subspecies as threatened under the Endangered Species Act.

Hector's dolphins are among the smallest dolphins in the world. They have short and stocky bodies, no external beak, and a relatively large fluke. Both subspecies typically have a total body length of four to five feet at maturity, with Māui dolphins reaching a larger size than Hector’s dolphins and females of both subspecies reaching larger sizes than males. They have a very rounded dorsal fin and paddle-like pectoral fins. Their distinctive gray, black, and white coloring changes as the dolphin ages from a newborn calf into an adult. As an adult, the sides of the head, tail, dorsal fin, and flippers are black; the throat, lower jaw, and belly are white; and most of the rest of the body is gray. A thin black line also curves from the head to just behind the blowhole. They have 26 to 32 pairs of small, conical teeth in the upper and lower jaws.

Hector’s dolphins occur in small groups averaging two to four dolphins and up to 20 dolphins. Hector’s dolphins display a wide range of behaviors, including body contacts, bubble-blowing, leaping, lobtailing (slapping the water surface with the fluke), and spyhopping (holding the body vertically with head above the water surface). Generally, they are less active in terms of jumping compared to some other species (e.g., spinner and dusky dolphins).

Hector's dolphins have a varied diet that includes cephalopods, crustaceans, and small fish species. Species such as red cod, ahuru, arrow squid, sprat, sole, and stargazer comprise the bulk of their diet.

Maximum age is at least 22 years and sexual maturity is reached at about 6 to 9 years of age. Females typically produce single calves every 2 to 4 years, and calves remain with their mothers for 1 to 2 years, although 2 years is more common.

The largest threat to both subspecies is bycatch in commercial and recreational gillnets and trawls. Habitat-related threats, disease, and tourism may also negatively impact the dolphins. Fisheries restrictions and other management efforts have gradually increased over time; however, both subspecies are still expected to decline. Low population growth rates also contribute to the dolphins’ vulnerability. 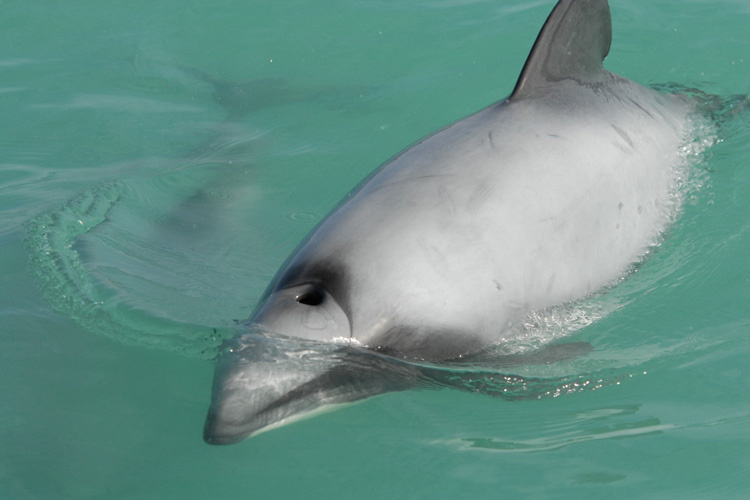 Listing the Maui and South Island Hector's Dolphin Under the ESA

This document is the scientific review of the biology, status, and future outlook for…