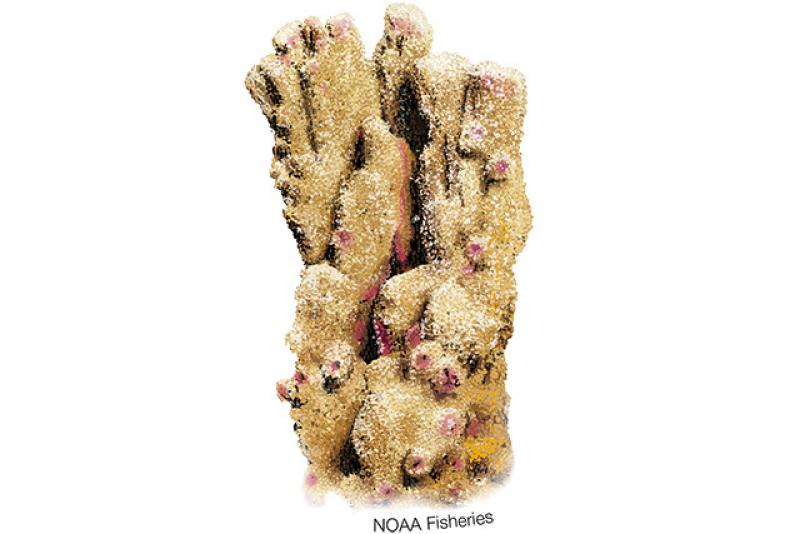 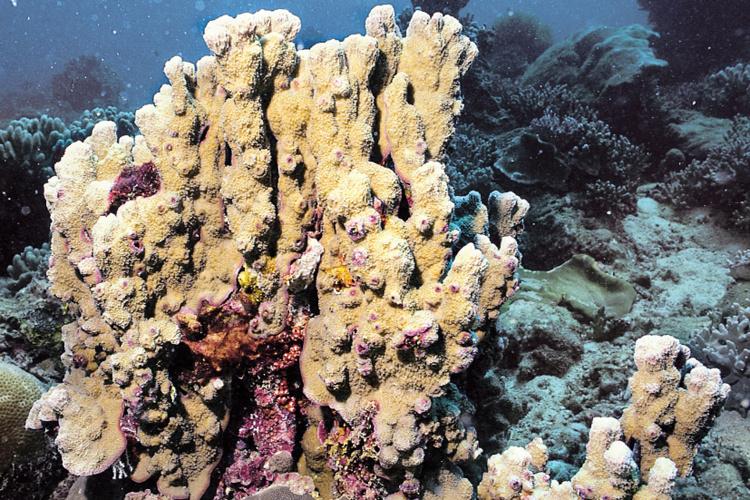 Montipora australiensis is listed as threatened throughout its range under the Endangered Species Act.

Relative localized abundance refers to how commonly a species is observed on surveys in a localized area. Veron (2014) reports that Montipora australiensis occupied 0.4 percent of 2,984 dive sites sampled in 30 ecoregions of the Indo-Pacific. It was given an abundance rating on a scale of 1 (low) to 5 (high) at each site where it occurred, based on how common it was at that site. Montipora australiensis had a mean abundance rating of 1.5. Based on this semiquantitative system, the species’ abundance was characterized as “rare.”

Absolute overall abundance refers to a rough qualitative minimum estimate of the total number of colonies of a species that currently exist throughout its range. These estimates were calculated based on results from Richards et al. (2008) and Veron (2014). The absolute abundance of Montipora australiensis is likely at least millions of colonies.

Based on confirmed observations and strong predictions of occurrence in areas that have not yet been surveyed sufficiently, Montipora australiensis is likely distributed in the western Indian Ocean and western Pacific from Malaysia to Vanuatu and southern Japan to northern Australia.

Montipora australiensis occurs predominantly on upper reef slopes, lower reef crests, and reef flats, and it likely also occurs on mid-slopes and possibly other habitats at depths of 2 to 30 meters. 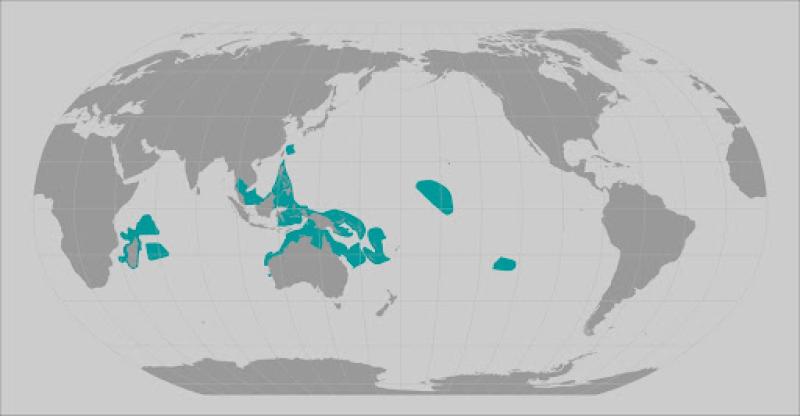 A significant proportion of its current known geographic range is within the Coral Triangle area. This area is projected to have the most rapid and severe impacts from climate change and localized human impacts for coral reefs over the 21st century. Multiple ocean warming events have already occurred within the western equatorial Pacific (which includes the Coral Triangle area) that suggest future ocean warming events may be more severe than average in this part of the world.