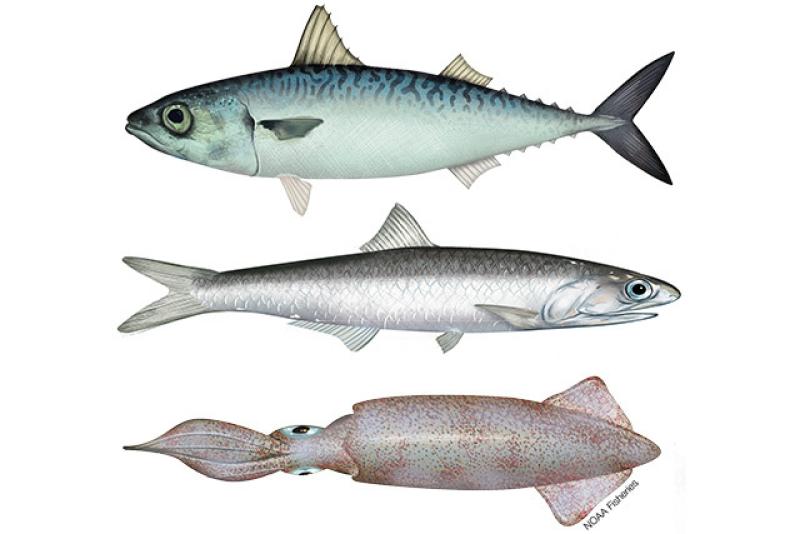 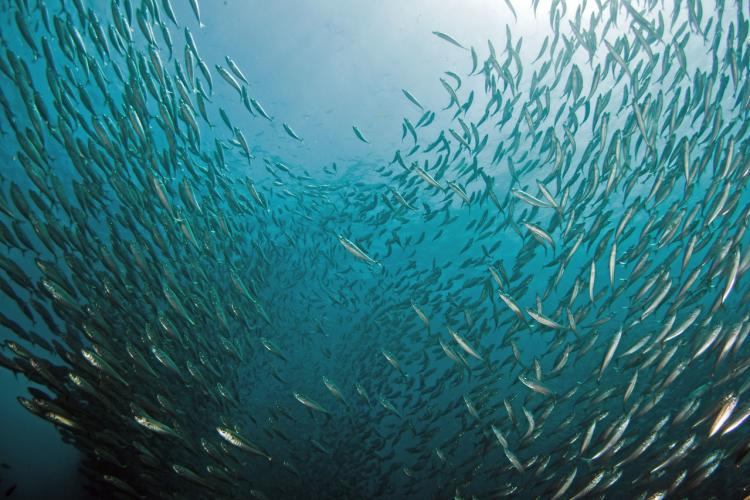 “Coastal Pelagic Species” on the West Coast include Pacific sardine, Pacific mackerel, jack mackerel, northern anchovy, market squid, and krill. CPS live in the water column, as opposed to living near the sea floor, at depths from the surface to 1,000 meters (547 fathoms) deep, typically above the continental shelf. NOAA Fisheries and the Pacific Fishery Management Council oversee the management of CPS in U.S. federal waters off the West Coast. The California Department of Fish and Wildlife co-manages the market squid fishery off California with NOAA Fisheries and the Council. The primary commercial fishery for CPS is off the coast of California (south of 39 degrees North latitude), however, fishermen in Oregon and Washington also harvest small amounts of CPS.

The following program information serves as a Small Entity Compliance Guide, complying with section 212 of the Small Business Regulatory Enforcement Fairness Act of 1996.

The agency published a final rule (85 FR 86855, December 21, 2020) to establish new harvest specifications, specifically the overfishing limit (OFL), acceptable biological catch (ABC), and annual catch limit (ACL), for the central subpopulation of northern anchovy in the U.S. exclusive economic zone off the Pacific coast, under the Coastal Pelagic Species Fishery Management Plan, on December 31, 2020, with an effective date of February 1, 2021. Specifically, this action implemented an OFL of 119,153 metric tons (mt), an ABC of 29,788 mt, and an ACL of 25,000 mt. If the ACL for this stock is reached or projected to be reached, then fishing will be closed until it reopens at the start of the next fishing season. The NMFS West Coast Regional Administrator would publish a notice in the Federal Register to announce when catch reaches the incidental limits, as well as any changes to allowable incidental catch percentages.  Additionally, to ensure that the regulated community is informed of any closure, NMFS would make announcements through other means available, including emails to fishermen, processors, and state fishery management agencies. 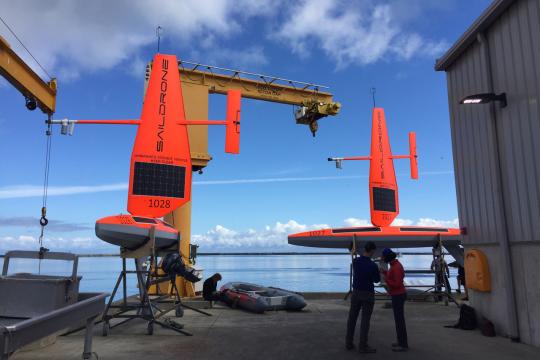 The Coastal Pelagic Species commercial fishery is a multi-species fishery where fishermen typically switch between various CPS depending on market conditions, availability of the target CPS stocks to the fleet (i.e., distance offshore), and relative abundance levels. The CPS fishery primarily operates off of southern and central California. The fishery targets minor amounts of CPS off Oregon and Washington.

Live bait: The live bait fishery is primarily in southern California where Pacific sardine and northern anchovy are targeted as live bait for use in various recreational fisheries. Northern anchovy is also targeted off the Washington coast for live bait in the commercial albacore fishery.

Minor directed: The minor directed fishery consists of small, artisanal vessels that target very small amounts of CPS for use as dead bait or to sell to restaurants.

Tribal: The tribal CPS fishery includes tribal commercial fishermen who have a federally-recognized treaty right to fish for federally-managed CPS in their "usual and accustomed" fishing areas. Currently, the only tribe that targets CPS is the Quinault Indian Nation in Washington.

Fishing takes place near these ports with essentially no fishing taking place between San Francisco and the Columbia River/Astoria Oregon.

The ex-vessel markets for market squid are mainly in the Los Angeles, Santa Barbara-Ventura, and Monterey port areas.

Because this year’s biomass estimate is below the value of the cutoff parameter (150,000 metric tons), there will be no primary directed fishery for the 2020 to 2021 Pacific sardine fishing year. Pacific sardine may be harvested in the live bait fishery, minor directed fishery, as incidental catch in other fisheries, or as part of exempted fishing permit activities. All catch will be counted against the annual catch limit (ACL).

If the fishery attains the ACT in either fishing season, the directed fishery will close, reserving the 1,000-mt difference between the harvest guideline and ACT as a set-aside for incidental landings in other CPS fisheries and other sources of mortality.

Current CPS harvest specifications for Pacific mackerel are also published in the Code of Federal Regulations (CFR) at 660.511 (i)-(j). 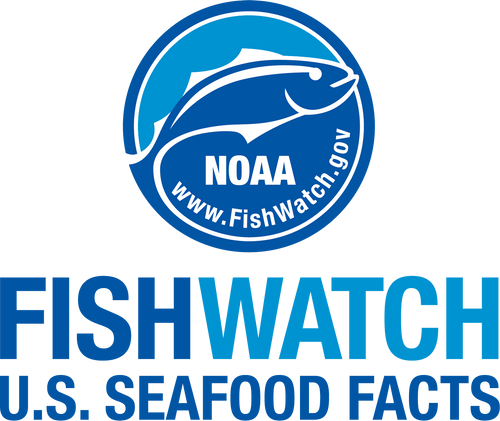 The CPS FMP includes a management framework designed to react quickly to changes in the fisheries and stocks, with the Pacific Fishery Management Council's (Council) CPS Management Team providing advice on the classification changes in accordance with fishery and stock dynamics.

The purpose of active and monitored management is to use available agency resources in the most efficient and effective manner while satisfying goals and objectives of the FMP. The distinction enables managers and scientists to concentrate efforts on stocks and segments of the CPS fishery that need greatest attention or where the most significant benefits might be expected.

Species in both categories may be subject to management measures such as catch allocation, gear regulations, closed areas, closed seasons, or other forms of active management.

Under the CPS FMP, the CPS fishery is administratively divided into a limited entry fishery (i.e., requiring federal permits in order to participate) south of 39° North latitude (Point Arena, California) and an open access fishery (i.e., not requiring federal permits) north of 39° North latitude. However, Oregon and Washington have specific restrictions limiting the number of vessels in their respective fisheries.

Pacific sardine: Under the annual management cycle for CPS, every April the Council reviews the current stock assessment for Pacific sardine and recommends harvest specifications and management measures to NOAA Fisheries for the upcoming fishing year, which runs from July 1 to June 30.

Usually once per year, an updated SAFE document for the fishery covering all stocks is presented to the Council. It includes detailed information on CPS fishery statistics, management history, harvest policy and economics.