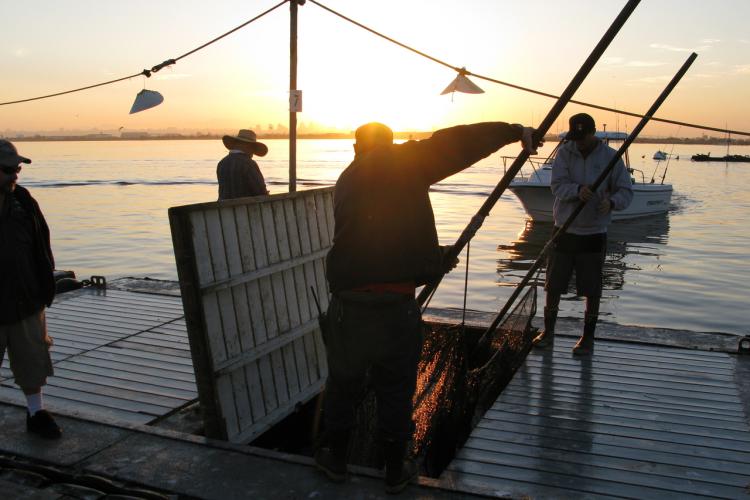 The primary goal of the Economics and Human Dimensions Program is to conduct research and inform fisheries management in support of the West Coast Geographic Strategic Plan goals of amplifying the economic value of commercial and recreational fisheries while ensuring their sustainability and helping conserve and recover protected species while supporting responsible fishing and resource development.

A primary activity of our program is the collection and analysis of data to document the economic status of commercial and recreational fisheries. In this role, program scientists design and conduct data collections, perform empirical economics analyses, produce manuscripts, and contribute to fisheries management reports. Examples of management reports include evaluations of alternative management measures in Pacific Fishery Management Council briefing book reports, and analyses for the National Environmental Policy Act, Regulatory Flexibility Act Analyses and Regulatory Impact Reviews.

Value of Sardine as Forage: We investigate the economic and ecological issues associated with the Pacific sardine as a commercially harvested species, relative to its importance as prey for species of commercial, recreational and ecological significance.

Climate Change and Forage Fish: We incorporate relevant environmental factors into the ecological-economic modeling framework to enhance its predictive and dynamic capabilities, particularly with regard to different climate change scenarios.

Aquaculture: We investigate interrelations between aquaculture and fisheries in the context of a system consisting of a Pacific sardine, a forage fish which is also harvested for human consumption and as an aquafeed, and a predator.

International fisheries include those prosecuted all or in part outside of the west coast Exclusive Economic Zone and/or on a transboundary resource stock. Many highly migratory species and coastal pelagic species Fisheries Management Plan fisheries are at least partially international in operation. In addition, some U.S. fisheries operate entirely in international waters, such as the Western Pacific tuna fleet operating out of Samoa. Program economists support the Pacific Islands Regional Office, NOAA Fisheries Office of International Affairs, U.S. Department of State, American Tunaboat Association, and other U.S. institutions and agencies through economic advice. Statutory responsibilities include Marine Mammal Protection Act, Endangered Species Conservation and international treaty obligations.

Collaborative work with sea turtle scientists in the Marine Mammal and Turtle Division led to the Shallow Set and Leatherback Utilization of Temperate Habitat initiative.