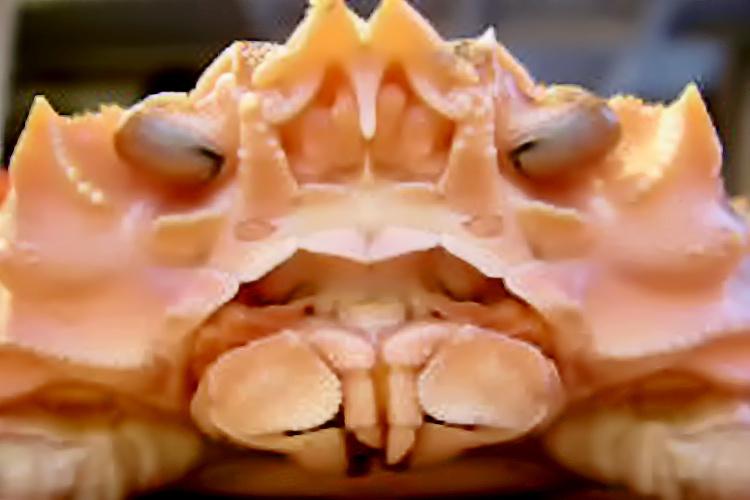 Experiments have shown that the presence or absence of six different reflexes can be useful for predicting the likelihood of the eventual mortality of the crab with a high level of accuracy. The method is known as reflex action mortality predictors, or RAMP.

Mortality was found to increase rapidly as the ambient temperature decreased for snow crab, but not for southern Tanner crab.

The Alaska Department of Fish and Game has tagged over 37,000 golden king crab, Lithodes aequispina in the central Aleutian Island area near Amutka Island with nearly 4,400 tags being returned in the commercial fishery. The NOAA Fisheries has assisted with the analysis of the tag recovery information.

Return distances averaged around 15 km with some indication that crabs that were tagged together moved together. Bias may be introduced to the results, however, since tag recoveries are dependent on the commercial fishery.

The results of the field tagging work were supplemented with laboratory studies. It was found that approximately 5% of the tagged golden king crab lost their tags within 10 days of being tagged, although no mortality was found to be associated with the tagging process.