Scientists at the Alaska Fisheries Science Center (AFSC) have discovered 12 new snailfish species in the past 12 years. 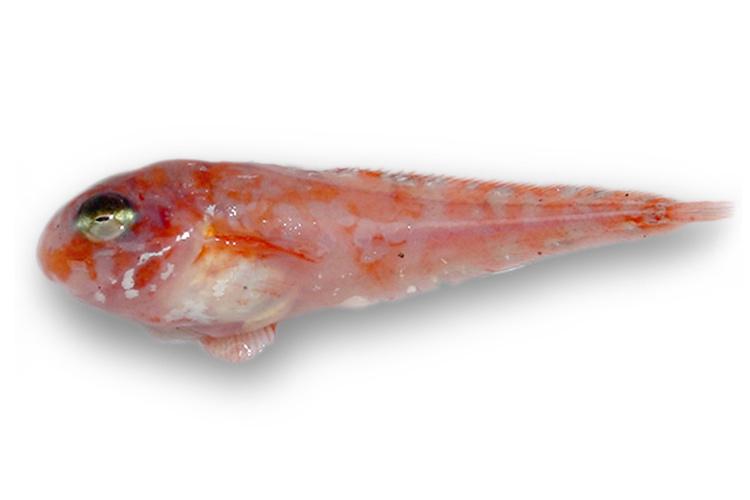 Alaska’s seas are home to a remarkable diversity of life—including many recently discovered species, and some yet to be named.

Scientists at the Alaska Fisheries Science Center (AFSC) have discovered 12 new snailfish species in the past 12 years. More unknown species collected in recent years are just waiting to be described.

Mischievous, comic, hardheaded, arbiter, dusty, peach, tomato, whiskered, combed, goldeneye, and comet snailfish: none of these species were known to science until the last decade. All were found during AFSC stock assessment surveys across Alaska: in the Beaufort Sea; Bering Sea; and in the Aleutian Islands, a bountiful biological “hot spot” where 10 of the 12 new species were discovered.

Snailfish resemble pink, pudgy tadpoles. They have no scales, nearly gelatinous flesh, and most species have a sucking disc, used to attach to rocks or other surfaces, in place of pelvic fins. The lack of scales partly explains why there are still so many unnamed snailfish—without that armor, snailfish are fragile and difficult to identify.

AFSC scientists developed a technique to safely collect snailfish. A small bag added to the footrope of the trawl nets used to sample other fish gently sweeps up snailfish in excellent condition for taxonomists to describe.