Discover our most popular stories, photos, and videos of the year. 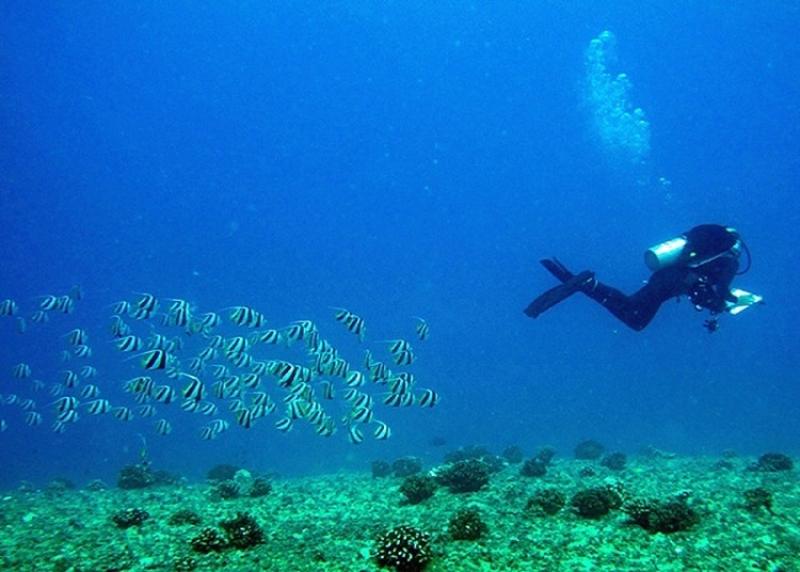 Every October we celebrate National Seafood Month. From finfish to shellfish, Americans love seafood—and it's easy to see why. This healthy food choice provides key nutrients and proteins for children and adults. The seafood caught and farmed in the United States comes from some of the most sustainably managed fisheries in the world. 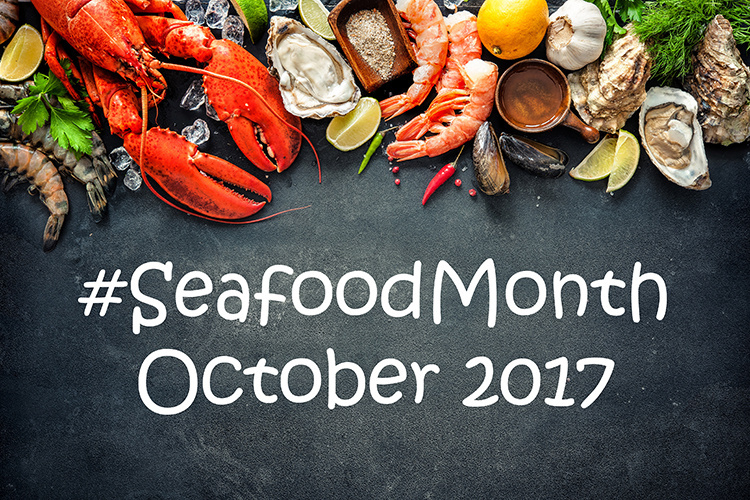 In May, we announced the release of two new reports—the Annual Report to Congress on the Status of U.S. Fisheries and the 2015 Fisheries Economics of the United States Report. These reports highlight the continued rebuilding and recovery of U.S. fisheries and the broad economic impact of commercial and recreational fisheries on the U.S. economy. 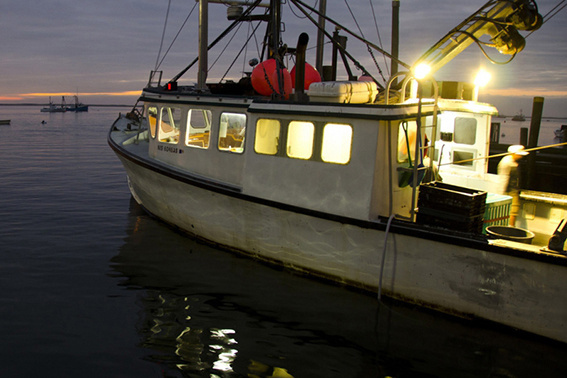 Whales are beautiful and magnificent creatures that inspire awe in all of us. Check out some of our many Whale Week features to learn more about how our scientists are studying whales, what they are finding, and how we can all pitch in to help protect whales. 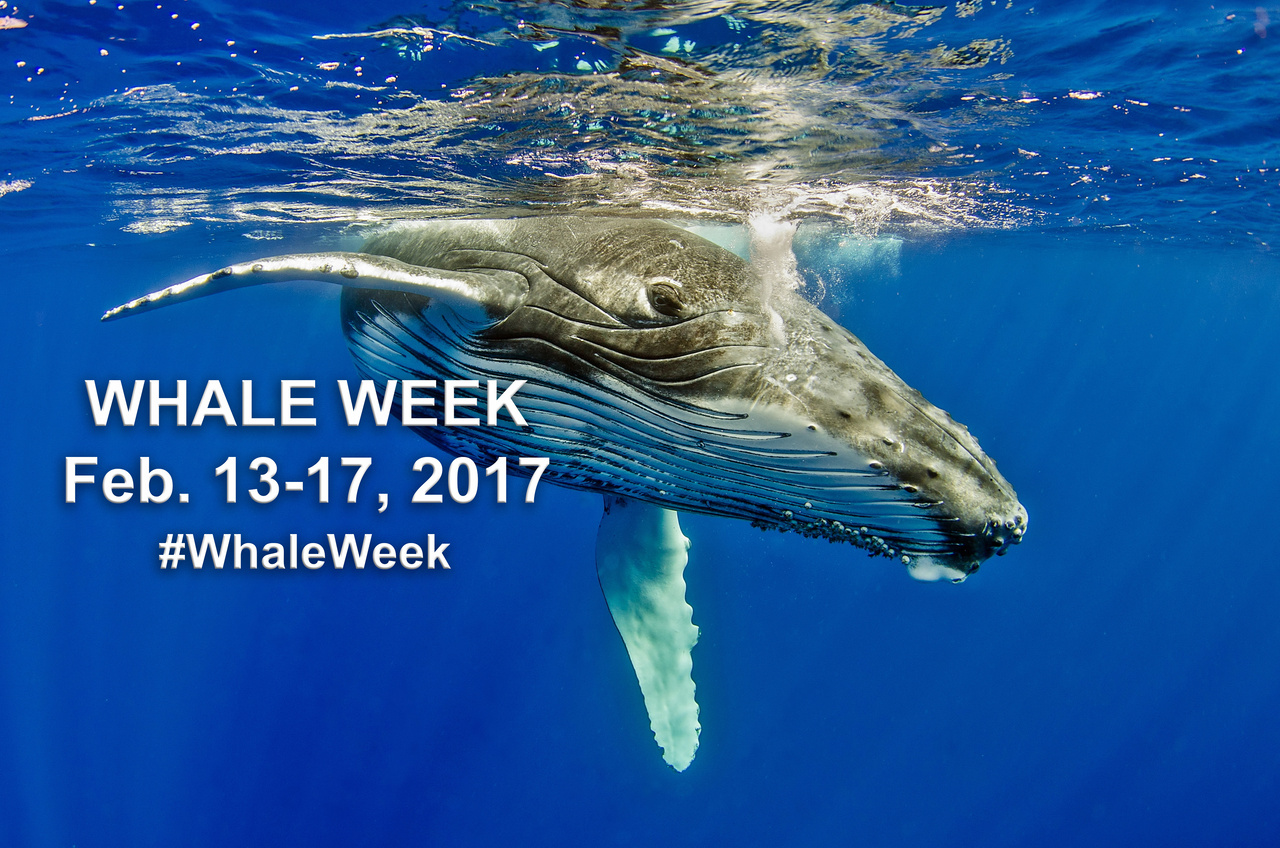 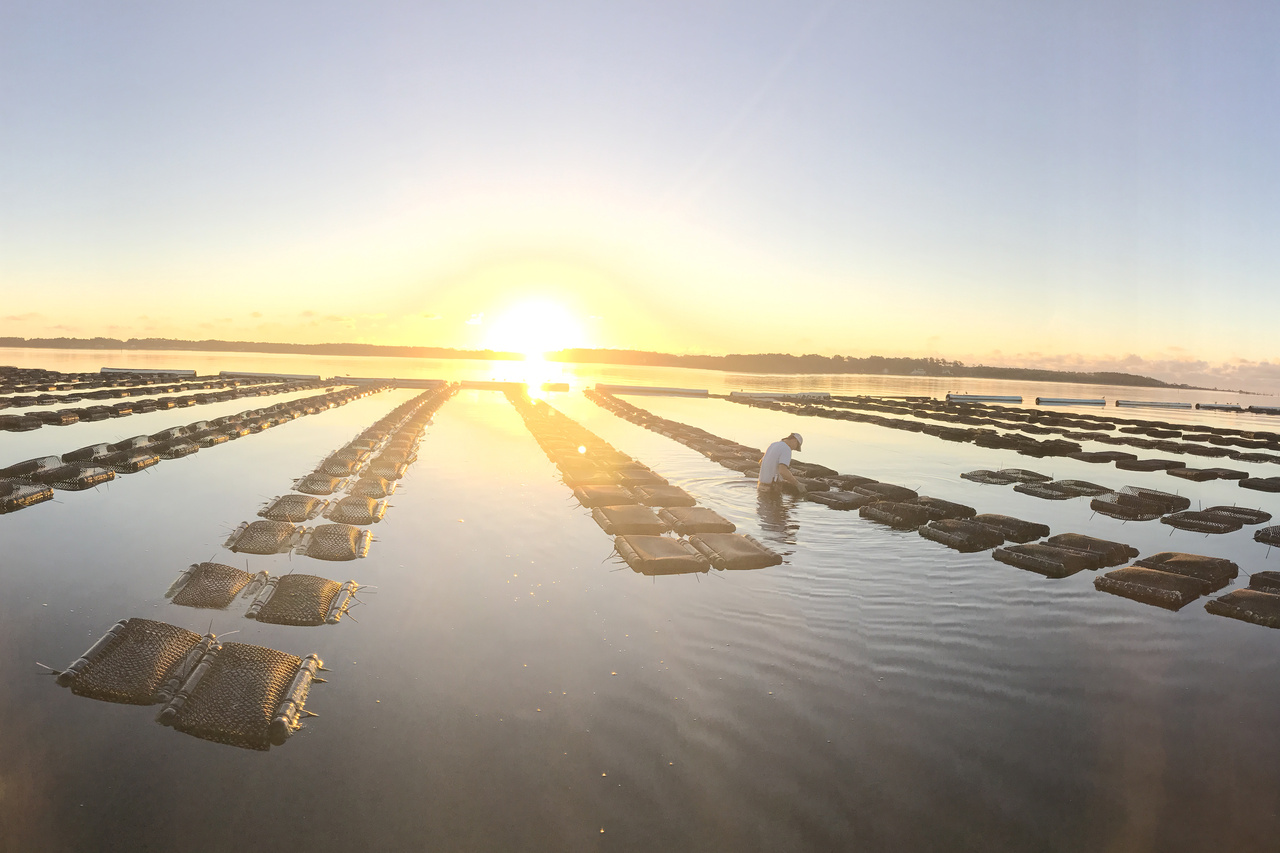 We welcomed Chris Oliver as our newest Assistant Administrator for NOAA Fisheries. The Texas native and former Executive Director of the North Pacific Fishery Management Council assumed his new position on June 19, 2017. 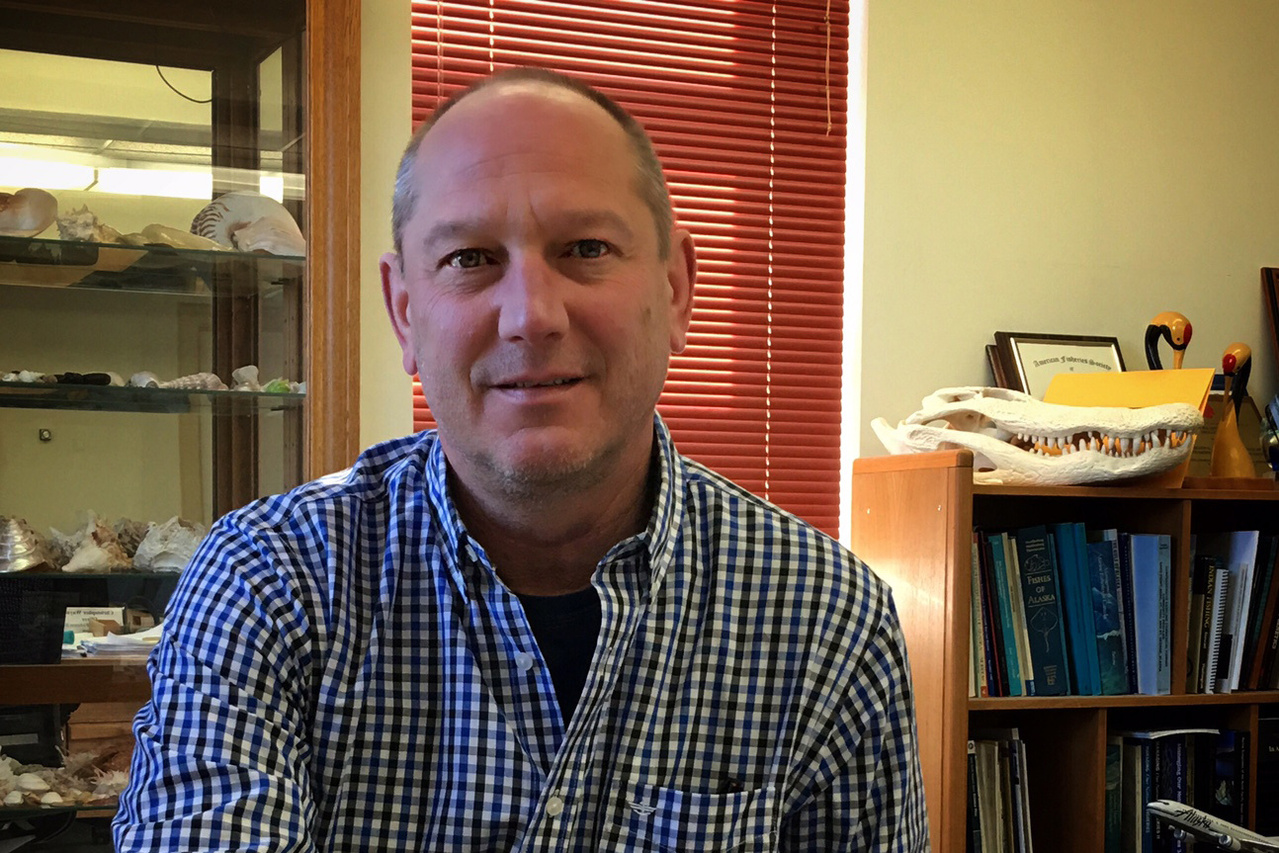 While restoring barrier islands in the Gulf of Mexico after the Deepwater Horizon oil spill, volunteers found a nest full of terrapin eggs. With help from the Louisiana Department of Wildlife and Fisheries, they relocated the 21 terrapins, allowing them to hatch and grow in safety before releasing them back into their natural habitat. 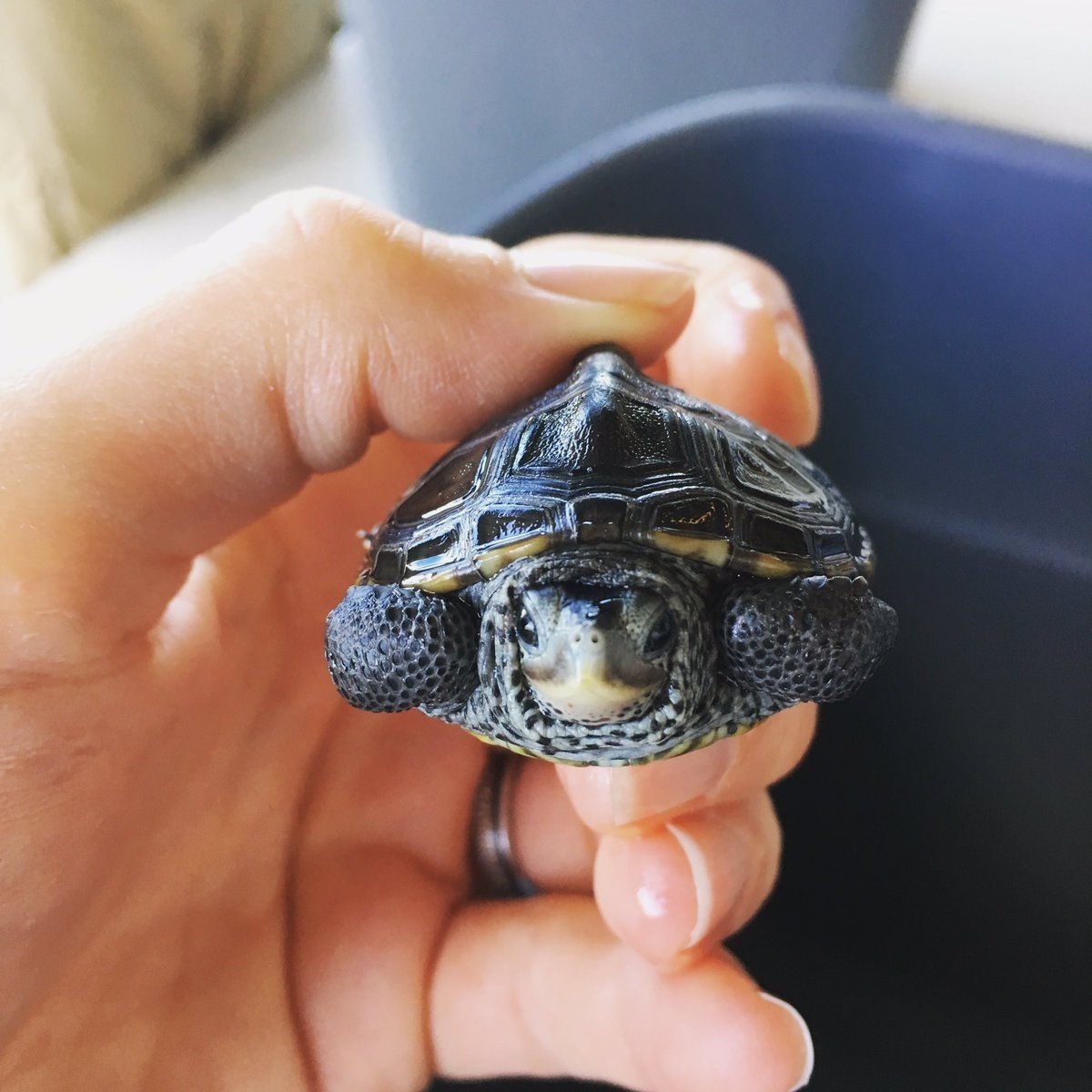 A recent study suggests that the majority of octopus bycatch in commercial pot fisheries survives after being returned to sea. These findings have important implications for fisheries that must close down when they reach the bycatch limit for octopus. Fishery closures affect the livelihoods of fishermen and the economy of local communities. Current catch limits are based on the assumption that all octopus bycatch dies, and therefore all counts toward the overfishing limit—the number of octopus that can be taken without harming the population. But, if a known proportion of octopus survive, bycatch limits could rise, and the fishery could stay open longer. 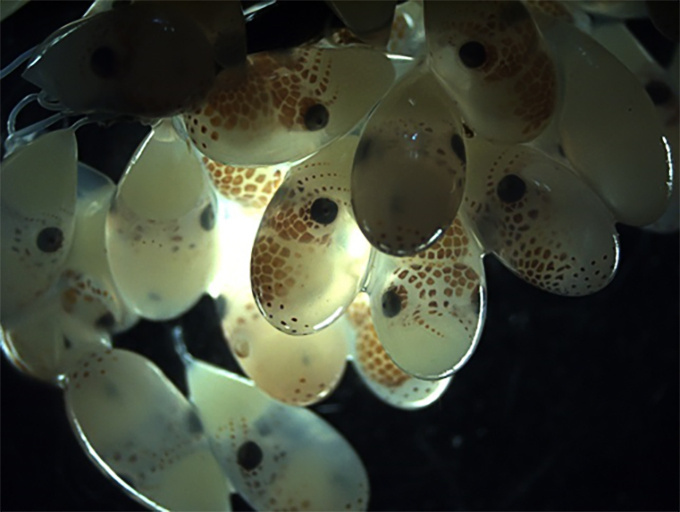 This July, NOAA Teacher at Sea Jenny Hartigan was aboard NOAA Ship R/V Fulmar for the ACCESS cruise, which records data about top-level predators, plankton, and environmental conditions as indicators of ecosystem health. One way that the scientists collected plankton was with the Tucker Trawl, a large net with 3 levels used to sample organisms that live in deep water (200 meters or more) just beyond the continental shelf. The collected krill and plankton are sent to a lab for identification and counting. 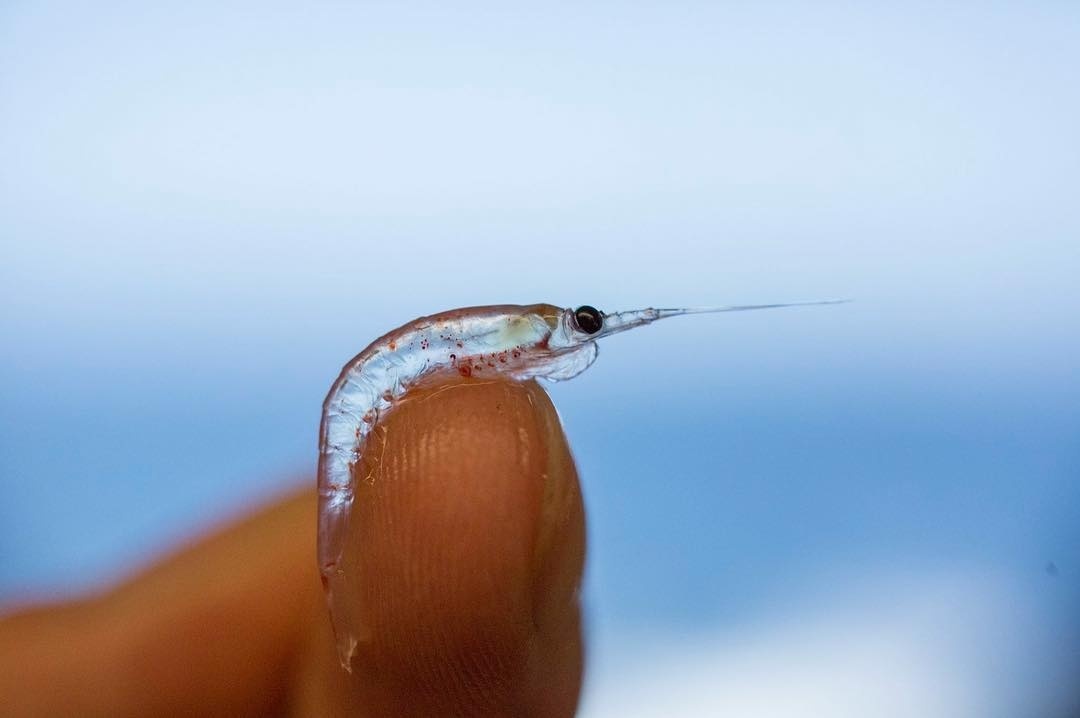 NOAA Fisheries' Sea Turtle Program and the Florida Fish and Wildlife Commission are currently in Florida Bay conducting a long-term research study on loggerhead sea turtles. This study provides information on loggerhead movements, growth, sex ratios, abundance, genetics and residency in this important foraging area. So far the researchers have captured and released 80 loggerheads this sampling trip, and about half have been seen in previous years. One recapture was first seen in 1996 and since then has been seen six times by the research team. Over the course of the long-term study over 1,200 loggerheads have been captured and released. 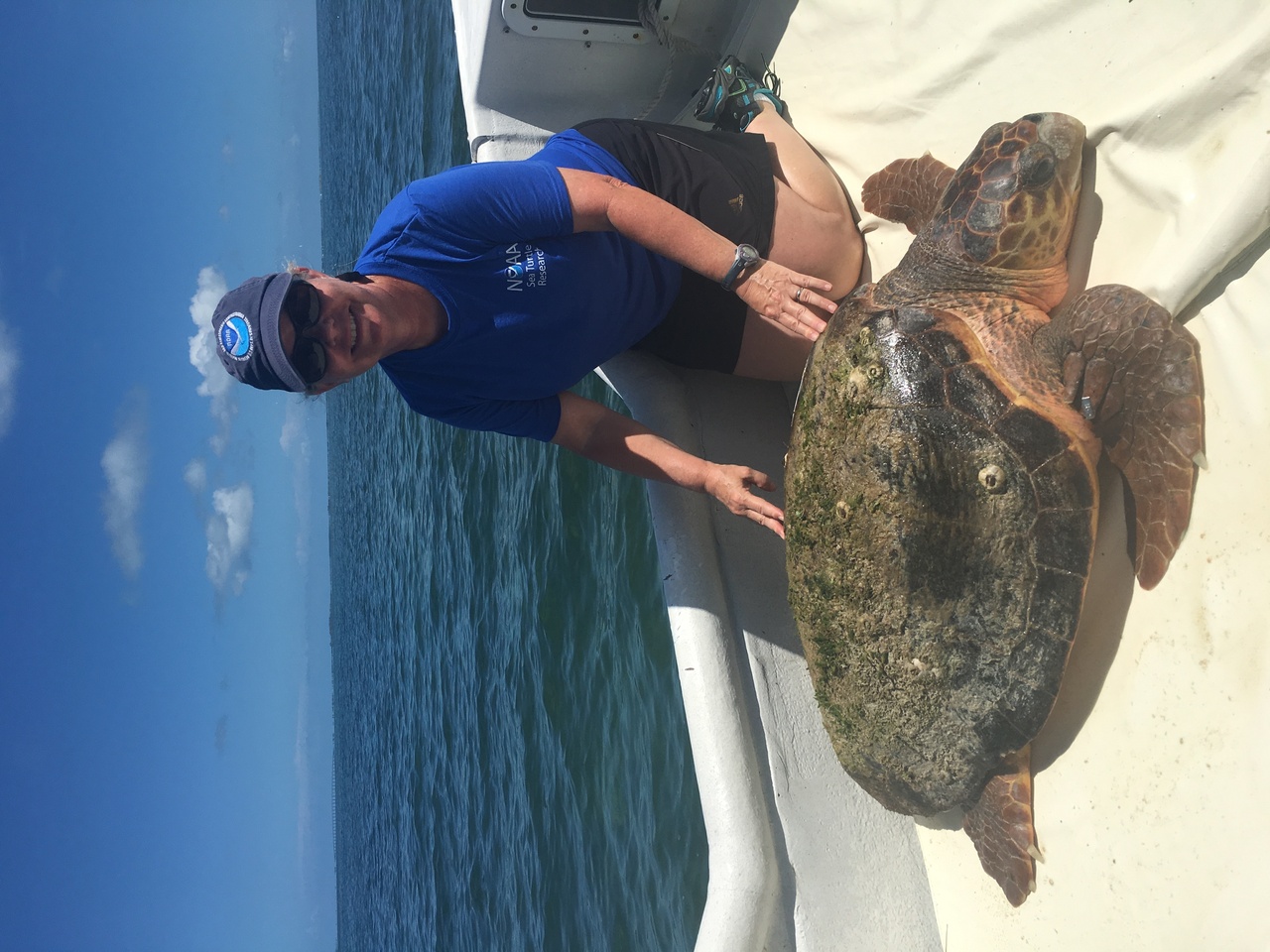 As part of an ongoing effort to learn more about the critically endangered smalltooth sawfish, NOAA biologists recently participated in a joint expedition throughout Florida Bay and the Florida Keys. According to the researchers, the expedition was a huge success. In all biologists were able to capture and release 17 sawfish, nine newborns, two juveniles and six adults. The two juveniles were tagged with satellite tags allowing researchers to know where they go and for how long. Even more exciting is that, for the first time an adult male and two adult female sawfish were captured and tagged in the backcountry waters of Everglades National Park. Researchers, who have been sampling in this area for 16 years, have never seen adult sawfish in these waters. Capturing adult sawfish in close proximity to where juvenile sawfish are present may indicate that the females move inshore to give birth and/or potentially mate in these shallow waters. Thanks to our colleagues and partners with Florida State University Coastal & Marine Laboratory, Haven Worth Consulting, Everglades National Park, Florida Museum of Natural History, Shark Advocates International and the Disney Conservation Fund and Disney's Animals, Science and Environment. 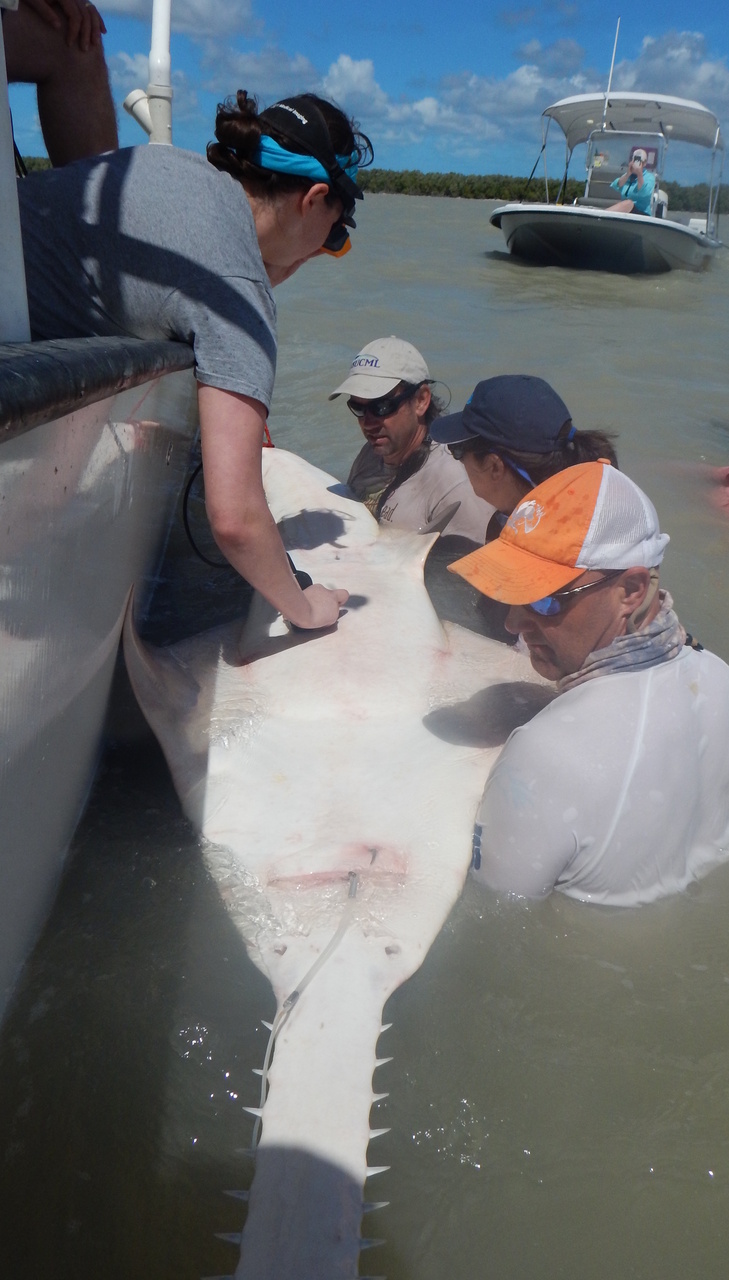 #SharkWeek Recent advances in electronics, the availability of smaller, cheaper, off-the-shelf video cameras, and waterproof housings have made accessing deeper reefs off Hawaiʻi possible. Just add a bit of bait in front of the camera, and you're "fishing with video!" Check out this clip of a juvenile tiger shark investigating the bait bag and see more videos here.

Saildrones are an amazing new piece of equipment used by NOAA Fisheries scientists to collect a range of data over long periods in any ocean conditions. These wind-propelled vessels have solar-powered computer systems that can be equipped with a variety of gadgets like echosounders to detect fish abundance and/or acousondes (underwater recorders) to listen for endangered right whales. With the help of Saildrones, our scientists and partners continue to find new and exciting ways to expand our monitoring and data collection capabilities.

August 5 is National Oyster Day. Thriving shellfish industries can be found in all coastal regions of the United States providing foodies with a local source of sustainable seafood. In 2014, the nation’s oyster farmers grew 33 million pounds of oysters. Oyster production makes up the largest portion of marine aquaculture in the United States.

#NOAASpotlightSpecies The critically endangered white abalone is one of eight abalone species found in California waters. Find out what scientists are doing to bring back this iconic sea snail in Southern California in our latest video.

The juvenile Hawaiian monk seal known as R1KU, or Runku, was brought in for care after being found with an eye injury. The injury required her eye to be removed, and Runku was rehabilitated for 2 weeks prior to being released. Before Runku could be released, NOAA researchers needed to ensure that she could still successfully capture food and survive in the wild. Watch this video of her catching fish.

This video documents efforts to disentangle an endangered North Atlantic right whale from commercial fishing gear off Cumberland Island. The whale was dragging more than 450 feet of rope and a 135-pound trap/pot. The rescue involved highly trained and authorized staff from Georgia Department of Natural Resources, NOAA, Florida Fish and Wildlife Conservation Commission, and Sea to Shore Alliance. Entanglement in commercial fishing gear is one of the leading threats to this imperiled species. More than 80 percent of North Atlantic right whales have scars from previous entanglements.

Join scientists on a research vessel to western Aleutian Islands—closer to Russia than mainland Alaska. Here, they investigate what’s going on with endangered Steller sea lions, some populations of which are declining, while others are thriving.

In 2002, an orphaned killer whale was discovered in Puget Sound. Follow Springer's amazing rescue in this film and celebrate the 10 year anniversary of her successful reunion and recovery.

#4) Explosive Removal of a Dam in California

This is explosive time-lapse video of the dynamite removal of Whites Gulch Dam, located on the Salmon River, a tributary of the Klamath River, in Siskiyou County, California. The river was originally home to a large salmon population, supporting a salmon cannery and sportfishing, but the dam had blocked salmon from reaching upstream spawning habitat and populations were dwindling. Today, salmon are making a comeback without Whites Gulch in their way.

#5) Seafood: Something for Everyone

Seafood and the fishing industry contribute billions of dollars per year in revenue to the American economy and a few million jobs too. October is National Seafood Month. Enjoy this delicious video to celebrate.