In celebration of our 150th anniversary, we are highlighting people who helped build the foundation of fisheries and marine science. Meet James Hanks, a friend to students, a research advocate, and laboratory builder and director, 1962–1985. 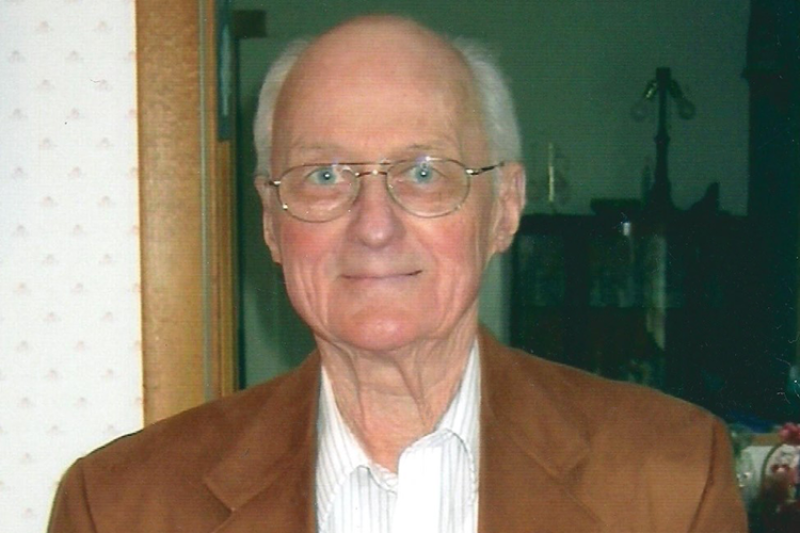 Throughout its history, our Milford Laboratory has been known for advanced aquaculture research, strong connections to commercial aquaculture operations, and support for up-and-coming young researchers. These seeds were planted by the lab’s first director, Victor Loosanoff. Dr. James E. Hanks, the second director, took the lab to a higher level over his long career as a federal scientist. Hanks is remembered as a supportive mentor, a strong advocate for shellfish and environmental research, for his significant contributions toward promoting aquaculture. He was also known for encouraging innovation wherever he saw it.

Hanks was born in Augusta, Maine, and spent his early years in Springfield, Massachusetts. He attended the University of New Hampshire, completing a bachelor’s degree in 1952 and a master’s degree in 1953. Dr. Hanks came to Milford as a researcher in the 1950s and left to pursue a doctorate in zoology at the University of New Hampshire, graduating in 1960. He returned to Milford and became the laboratory’s second director in 1962.

A New Laboratory and New Frontiers

Early in his time as director, Hanks coordinated the design and construction of a modern 28,000-square-foot marine laboratory, an important milestone. Built in 1964, the laboratory included a state-of-the-art seawater system that delivered heated, ambient temperature, and refrigerated seawater to 15 laboratory rooms. At the time, this was the most advanced research facility of its kind.

Dr. Hanks fostered the transfer of technology from Milford Laboratory to commercial aquaculture operations. He provided training opportunities for individuals from commercial shellfish hatcheries and businesses, academic institutions, and government agencies. People came from both domestic and international locations, so the methodologies developed at Milford were widely circulated and put into use.

During his tenure the Milford Laboratory staff also grew, from a modest 15 to more than 50 scientists. Research expanded from the study of oyster biology into developing protocols for shellfish aquaculture and studying the effects of pollutants on marine animals. Shellfish research at Milford contributed to the early development of a successful aquaculture industry in the United States. It advanced genetic selection, disease control, and microalgal feeding and culture techniques. Studies on the effects of pollutants—their physiological, biochemical, immunological and chemical impacts— led to a better understanding of human influences on marine life and habitats.

Hanks prioritized professional development of the lab’s staff, which is one of his legacies. He established an extensive research library of scientific journals and books, which was later named in his honor.

An early proponent of Equal Employment Opportunity, Hanks provided significant training and employment opportunities for women and minorities. Many young students got their first opportunity to participate in marine biological research through Hanks. By encouraging engagement using internships, fellowships, and volunteer work, Hanks launched the careers of many NOAA scientists.

Former Milford Laboratory staff member Lori Romick recalls, “I was nervous as a college student inquiring about an internship and was so impressed when Dr. Hanks, the director of a federal research laboratory, called me directly, asked to meet in person, and made an immediate offer of an internship. He was willing to provide an opportunity to everyone that had an interest in science. These early career opportunities are sparks for future science interests and Dr. Hanks recognized this need and was willing to mentor young researchers."

Hanks served as Milford Laboratory director until 1985 and continued to support the laboratory as a liaison to the aquaculture industry until his retirement in 1990. He maintained close ties to the laboratory through his friendships with staff members after retirement, and passed away in 2007 at age 83.

Jim Hanks is remembered as a supportive mentor, a strong advocate for shellfish and environmental research, and for his significant contributions toward promoting aquaculture. Retired Milford Laboratory scientist Cathy Kuropat shared this remembrance: “His approach was people-centered, and hands-on. It was the human element he contributed that was so critical to his success as a leader, which, combined with his knowledge and integrity, created a positive and productive environment at the Milford Laboratory. By investing in is staff, Dr. Hanks inspired them to be their best, which in turn advanced NOAA Fisheries’ science.” 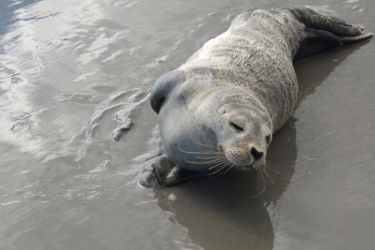