In celebration of our 150th anniversary, we are highlighting people and activities that helped build our foundations. From a small lab on the shore of Long Island Sound, a mighty aquaculture revolution began. 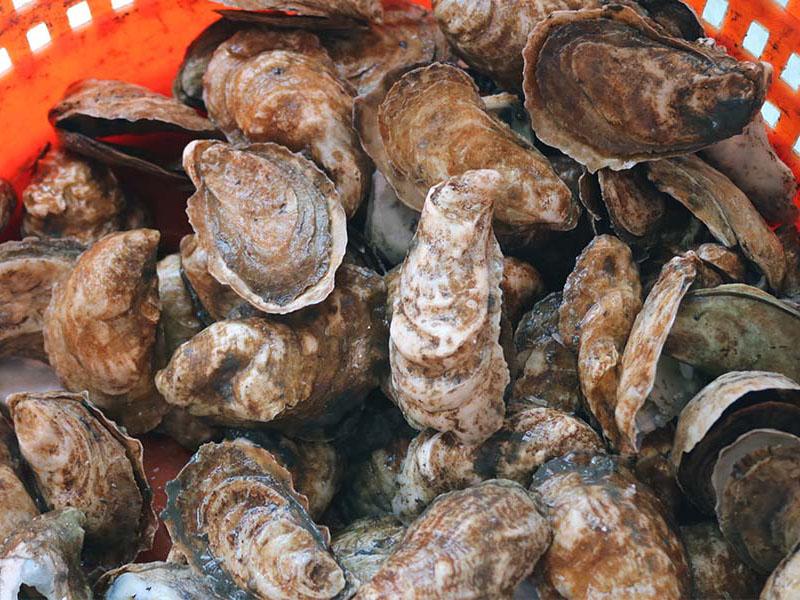 Did you know that much of the science behind modern shellfish aquaculture was developed at a small NOAA Fisheries lab in coastal Connecticut? The Milford Lab, located on Long Island Sound, has a rich and illustrious history rooted in our nation’s development of commercial aquaculture.

The laboratory was established in the 1920s as a modest research outpost by the Bureau of Commercial Fisheries, the precursor agency to today’s NOAA Fisheries. Connecticut’s budding oyster industry advocated for establishing the lab, and it was completed in 1931. The first lab director, Victor Loosanoff, escaped his native Russia during the Bolshevik Revolution. He became an intense scientist who put down the roots that grew into the national resource that the lab is today.

The lab’s discoveries intertwine with our nation’s aquaculture history, including the resurgence of an oft-challenged oyster industry. Oystermen had harvested shellfish from Long Island Sound since pre–colonial times. By the 1920s a combination of overfishing, industrialization, and pollution threatened Connecticut’s naturally occurring oyster beds. Watermen turned to oyster farming to supplement production of this valuable seafood.

The Milford Lab, now renowned for its groundbreaking research, supported these early oyster growers by developing culture techniques. The lab is particularly well known for developing the “Milford Method,” a breakthrough technique for breeding and growing shellfish that is still used worldwide.

The Milford Method is the process of using selectively chosen strains of phytoplankton, or single-celled algae, cultivated in the lab. They are used to condition oysters for spawning and to promote growth of oyster larvae. It was based on numerous studies that determined the ideal diet for larval growth and development. To develop this method, Milford scientists posed the same questions about oyster larvae that you might ask when caring for a friend's pets: what do I feed them? When do I feed them? And, how much do I feed them?

Many scientists had a hand in developing this innovative methodology, including Victor Loosanoff himself, known as the “father of U.S. oyster hatcheries,” Harry Davis, and Robert “Bob” Guillard. Bob Guillard also established the Milford Microalgal Culture Collection, which continues to be a resource. Last year, the lab provided more than 300 starter algal cultures to shellfish hatcheries and fellow researchers. Ravenna Ukeles, a meticulous and pioneering female biologist who worked at the lab from the early 1960s to the 1980s, refined the Milford Method and scaled it up. She developed a process for the mass culture of phytoplankton for shellfish production that is still widely used today.

The Milford Lab’s current research continues to support our nation’s blue economy. Scientists are working closely with the shellfish industry to solve problems and to increase sustainable aquaculture production. Current research priorities include: