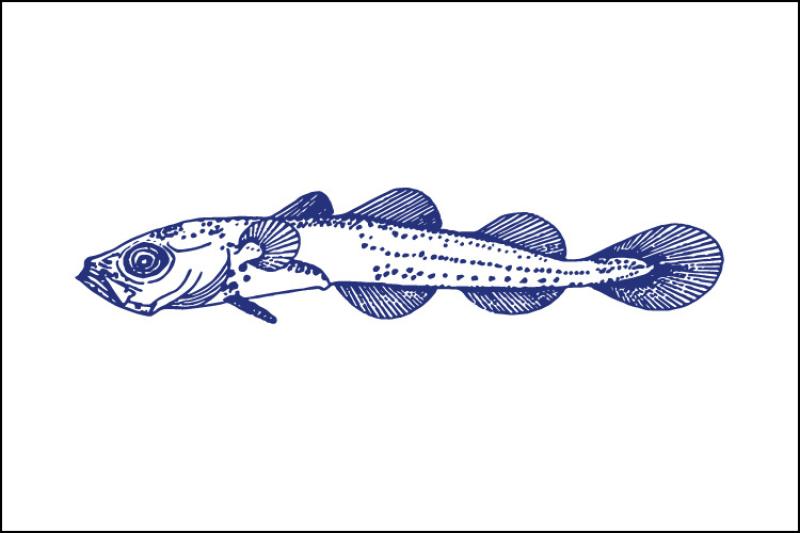 In 2014 the Bering Sea warmed, raising concerns that pollock populations would plummet as they did in the previous warm phase of 2001-2005. But a 2017 study suggests that this time young pollock had alternative resources that weren’t available during the last warming phase. These resources appeared to help buffer ill effects of warming. With 2017 showing signs of cooling, pollock populations may have successfully weathered the warm years of 2014-16.

Walleye pollock supports one of the world’s largest fisheries and produces the biggest catch of any species in the United States. However, dramatic swings in pollock recruitment (the number of fish that reach a size available to the fishery around 3 years old) pose challenges for the fishery and fishery management. These fluctuations are driven by effects of changing environmental conditions on survival of juvenile pollock. Understanding how young pollock respond to changes is crucial to predicting recruitment and sustainably managing a profitable fishery.

The study, led by NOAA Fisheries scientist Janet Duffy-Anderson, in collaboration with NOAA Research's Pacific Marine Environmental Laboratory, documents changes in the Bering Sea ecosystem, from plankton to pollock, during the most recent warm episode of 2014-16. Their findings fit three new pieces into our understanding of how pollock respond to Bering Sea warming:

“We knew that sea ice and high quality food for young pollock were connected, but it wasn’t clear how,” says Duffy-Anderson. “Now we know that Arctic algae are attached to the sea ice. When the ice melts, these algae are released into the water column to be eaten by large, oil-rich zooplankton, which are in turn eaten by young pollock fattening up to prepare for the Bering Sea’s harsh winter. This chain of events is critical to pollock success.”

Some warming mechanisms affect this chain of events more than others - not all warming events are the same.

Ways To Be Warm

The 2001-2005 warm stanza set in motion a cascade of ecological changes that resulted in a decline in the number of walleye pollock, ultimately leading to a 40% reduction in the fishing quota. Those years showed characteristics typical of warm years in the Bering Sea: weak winds from the north, lack of sea ice, and warm ocean bottom temperatures. Under those conditions the plankton community gradually transitioned to small, low-fat plankton-inadequate nutrition to provision young pollock for winter.

Sea ice eventually returned to the southeast Bering Sea shelf, ushering in a new stanza (2007-2013) of cold sea temperatures and large, oil-rich prey. By 2013, recruitment to the pollock fishery had recovered completely.

When ocean conditions turned warm again in 2014—showing the typical pattern of weak Arctic winds and reduced sea ice—scientists were concerned that it was the beginning of a new warm stanza and a repeat performance of 2001-2005. And as expected, pollock survival declined after 2014.

“But pollock can weather one warm season,” says Duffy-Anderson. “A second warm year had the potential to be devastating.”

With special funding from the NOAA Fisheries' Office of Science & Technology, the Alaska Fisheries Science Center Recruitment Processes Alliance was able observe the eastern Bering Sea ecosystem during the second warm year (2015) when normally their surveys were focused on the Gulf of Alaska ecosystem

2015 proved to be even warmer than 2014 - but the reason it was warm was something not seen before. 2015 acted like a cold year: strong winds from the north pushed Arctic sea ice southward to the southern Bering Sea.

But then sea ice met the Blob.

Beware Of The Blob

Sea ice was stopped in its tracks by a mass of warm water invading the Bering Sea from the Gulf of Alaska—“the Blob”. Warm Blob water melted sea ice before it could go any further, keeping the waters of the southern Bering Sea shelf very warm and unproductive. However, as sea ice retreated it left a “cold pool” of meltwater with a suite of Arctic algae and energy-rich zooplankton behind.

The number of pollock that survived their first year in 2015 was higher than expected for a second consecutive warm year, based on surveys of fish in their first year of life. This could mean good news for the fishery, and suggests that young pollock found food resources despite the warm, unproductive conditions of the southern Bering Sea shelf.

“Young pollock from the southern shelf may have taken refuge in the northern cold pool in 2015, feeding on fat-rich copepods or krill,” Duffy-Anderson explains. “Unlike adults, juvenile pollock can tolerate the frigid waters of the cold pool. For young fish the cold pool offers both high quality prey and less energy expenditure since their metabolism is lower in cold water.”

In 2016, pollock may have found another way to buffer warm ecosystem effects.

“Pollock consumed large numbers of krill, possibly remnant populations from 2015. This suggests that in 2016 pollock found another way to survive: switch prey sources,” Duffy-Anderson says. “We don’t have estimates of overwinter survival for the 2016 cohort yet, but our data indicates it could again be level, which is surprising during a third consecutive warm year,” says Duffy-Anderson.

Despite this lucky respite, Duffy-Anderson cautions that successive warm years that arise because of reduced Arctic winds, weak sea ice advance, and warm ocean temperatures still spell trouble for pollock. “We are watching for prolonged warming conditions that don’t support ecological refuges for young pollock. Pollock can take advantage of alternatives when available, but that isn’t always the case as we saw during 2001-2005.”