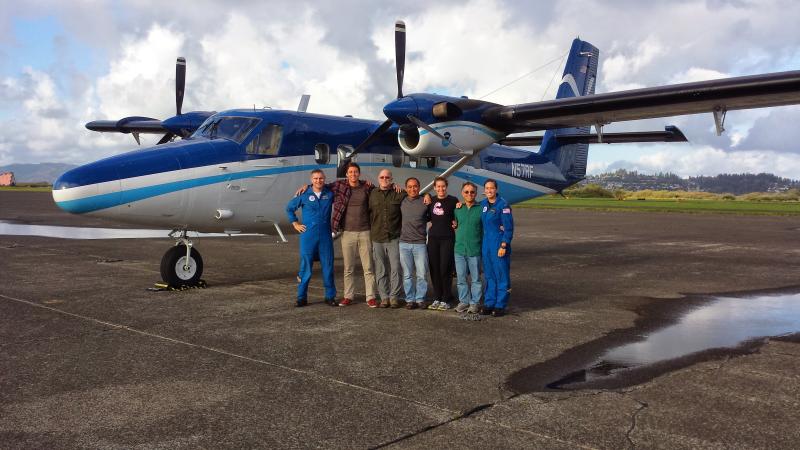 The Southwest Fisheries Science Center began some of our first regular aerial surveys off the coast of California in 1986. We wanted to answer a basic question: How many harbor porpoises lived along the coast, and were their numbers going up or down? The surveys captured a turning point for California’s harbor porpoise populations that biologists would not fully recognize until decades later.

Set gillnets were historically used in California to catch white seabass and other fish. They inadvertently entangled and killed hundreds—if not thousands—of harbor porpoises and other marine mammals and turtles beginning in the 1930s. The use of gillnets in harbor porpoise habitat near the coast declined as regulations increasingly protected fish stocks, seabirds, and sea otters. The gillnets are now prohibited in state waters.

With those inshore gillnets gone, harbor porpoise numbers rebounded in what we can now recognize as one of the West Coast’s greatest marine mammal comeback stories.

We would not know that without the surveys and the determined NOAA Fisheries biologists who have invested many hours peering out the bubble windows of airplanes. They count all that they see: white sharks, whales, lost fishing gear, and more. The power of the surveys is in their consistency over time. They give us the footing to understand changes in the nearshore California Current Ecosystem and how they affect marine life of all kinds.

That in turn helps us interpret, communicate, and even anticipate changes that affect the health of our coastal communities and economies closely tied to the ocean. We all benefit.

Unfortunately, the news is not always good. The harbor porpoise survey dovetailed with a similar Southwest Fisheries Science Center survey for leatherback turtles. These endangered turtles that lived with the dinosaurs swim 7,000 miles across the Pacific Ocean from Indonesia to eat jellyfish in our rich West Coast waters. Aerial surveys revealed that the number of leatherbacks foraging off our coast has fallen about 80 percent since 1990. Unless trends are reversed, that puts this ancient population of long-distance swimmers within a few decades of extinction.

It also underscores NOAA Fisheries’ designation of the leatherbacks as one of nine national Species in the Spotlight for which we must act quickly and reverse their current population trend. We expect to release an updated action plan outlining priority measures to save the species in early 2021.

The aerial surveys and other surveys have hardly missed a year in three decades. They give us the knowledge we need in time to make a difference. COVID-19 challenged our capacity to continue the surveys last year, and we lost some opportunities. Yet the resulting gap would jeopardize our science far more if we did not have the dots to connect from all the previous years of successful surveys.

The bottom line is that surveys are most valuable because of the length of time they cover. Their value increases with each passing year. That consistency lets our scientists compare one year against another, teasing apart long-term changes in climate from shorter-term cycles such as El Niño. Indeed, we have learned a great deal about El Niño and the changes it brings to the West Coast thanks to other ocean surveys.

With the big changes we have seen in the Pacific Ocean in the last decade, our surveys are more important than ever. We are also putting the data in the hands of fishermen and mariners who can use it. Tools such as Whalewatch, EcoCAST, and Turtlewatch combine ocean conditions with marine mammal and sea turtle data. They project where whales and turtles are most likely present so that fishing vessels and cargo ships can better avoid them.

Our scientists have also developed complementary tools using remote sensing such as an online Marine Heatwave Tracker. The tracker reports conditions across the Pacific that could resemble the infamous “Blob,” which contributed to an increase in humpback whale entanglements in fishing gear.

All of this, from the harbor porpoise success to the leatherback challenge, we know from long-term surveys. They are our barometer for detecting ocean change. 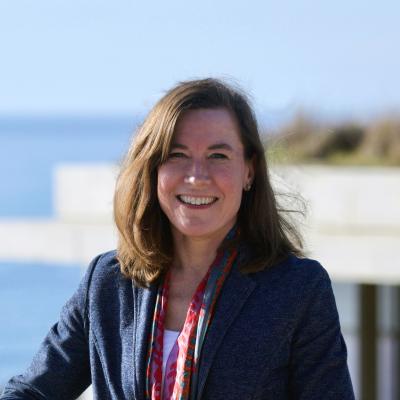