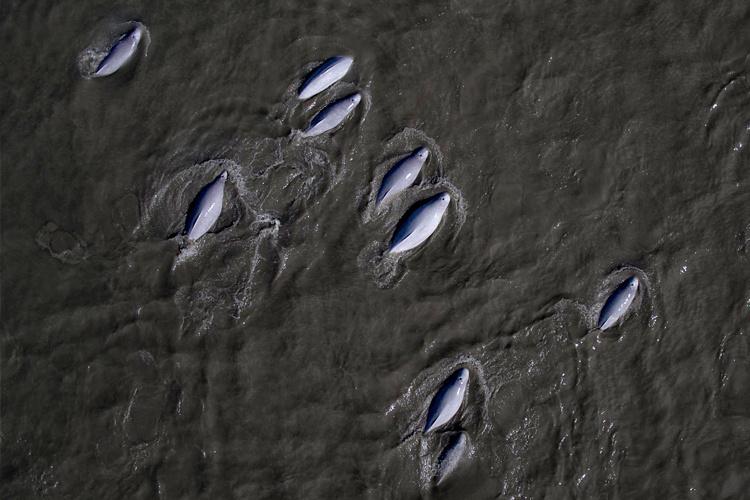 The Cook Inlet beluga whale is one of eight featured species of marine wildlife most at-risk of extinction. In 2008, this distinct population of belugas was added to the U.S. Endangered Species Act's list of endangered and threatened wildlife as an "endangered" species. The reason for listing was because the population had failed to recover from a period of unregulated Alaska Native subsistence hunting, and had continued to decline despite putting hunting regulations into place.

Once thought to number about 1,300 whales in the late 1970s, the last population estimate was 340 whales in 2014. Aerial surveys to estimate population numbers and to monitor distribution for Cook Inlet belugas have been conducted by the Alaska Fisheries Science Center's Marine Mammal Laboratory since 1993. The abundance survey typically takes place in early June when whales gather at river mouths to feed on salmon and eulachon (a small, schooling fish) that are returning from the ocean to spawn in natal streams.

Our team of four scientists assumes the roles of marine mammal observers, computer data recorder, and videographer to collect these data.